Not just an obligation

SLOVAKS may not realise it, but their country is among the richer in the world. Slovakia's GDP of about $16,100 per capita puts it between 85th and 90th on the list of the world's more than 230 countries, a significant step ahead of the approximately 145 states with a GDP of less than $10,000 per capita.
Along with this wealth comes the responsibility to help poorer nations. Moreover, Slovakia is bound to distribute 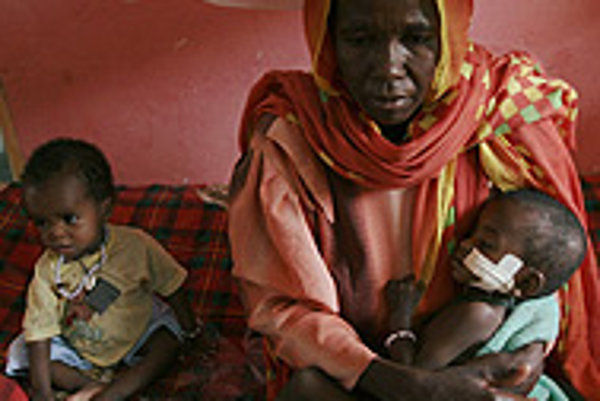 Font size:A-|A+0
SLOVAKS may not realise it, but their country is among the richer in the world. Slovakia's GDP of about $16,100 per capita puts it between 85th and 90th on the list of the world's more than 230 countries, a significant step ahead of the approximately 145 states with a GDP of less than $10,000 per capita.

Along with this wealth comes the responsibility to help poorer nations. Moreover, Slovakia is bound to distribute international aid by its membership in the European Union.

Representatives from Slovak NGOs who have participated in projects set up with official development aid (ODA) funds agree on the benefits of international aid, but point out that the Slovak system still leaves significant room for improvement.

"I imagine ODA could better be used as a tool of Slovak foreign policy, especially concerning planning regional priorities and focusing on specific sectors. I know ODA serves the double purpose of providing aid to countries that really need it and protecting the country's interests, but the balance between the two areas is worth a larger discussion," commented Alexander Duleba, director of the Research Centre of the Slovak Foreign Policy Association (SFPA).

Duleba added that he considered the existing scheme of project administration through the funds adequate, but would prefer less red tape.

Ivan Kuhn, who is associated with the Conservative Institute, believes Slovakia still looks at ODA as an obligation rather than a legitimate tool for providing needed assistance.

"I don't see eye-to-eye on what the aid should be used for and what purpose it should serve. Feedback on aid already spent is also missing. Slovakia's ODA still has growing pains. However, this is not a problem only in Slovakia," Kuhn said.

The increase was driven by Sk527 million in debt relief for Sudan, Afghanistan, Iraq and Albania and the start of Slovakia's contributions to the common EU budget. A part of the EU contribution, 4.82 percent or Sk698 million, is automatically earmarked for development aid and cooperation.

Bilateral aid is administered through NGOs and Slovak organisations selected in bids and tenders. While in 2003 bilateral aid represented 30 percent of the overall volume of ODA, in 2005 it was only 10 percent. The Foreign Ministry would like to see bilateral aid return to its former importance.

"Bilateral project aid is a direct tool of foreign policy, as it uses Slovak know-how and experience, makes Slovakia visible, and deepens relationships with developing countries," the ministry said in a statement.

The Foreign Ministry declared the following as the main goals of its ODA: "As a part of the donor community, Slovakia wants within its capacity to help alleviate global crises such as erasing poverty, extreme famine, reaching general literacy, supporting gender equality, reducing child mortality and improving prenatal care, along with fighting fatal diseases like HIV/AIDS, malaria and maintaining a sustainable environment...."