From big picture to brass tacks

THE SLOVAK public has not been immune to the trend of declining interest in foreign affairs, and the media has responded by shaving pages and minutes from their international news coverage.
Despite the domestic disinterest, however, foreign policy experts say that Slovakia's ability to respond promptly to events on the world political stage, which requires above all being informed, is becoming ever more important. 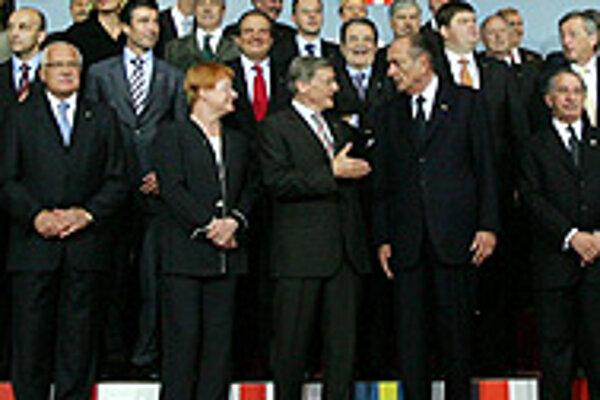 THE SLOVAK public has not been immune to the trend of declining interest in foreign affairs, and the media has responded by shaving pages and minutes from their international news coverage.

Despite the domestic disinterest, however, foreign policy experts say that Slovakia's ability to respond promptly to events on the world political stage, which requires above all being informed, is becoming ever more important.

From the late 1990s to 2004, Slovakia's foreign policy apparatus spent most of its energy on getting the country accepted to NATO and the European Union. Now, after a decade of almost one-track efforts, Slovakia again needs to define its strategic foreign policy interests. That job now falls to whatever new government emerges from the general elections held on June 17.

There are many vital questions the new government has to answer, starting from the country's ability to lobby effectively for its interests within the European Union, through its commitments to trans-Atlantic ties, and the future of regional cooperation between the Visegrad four countries (Slovakia is the most active advocate of cooperation between Hungary, Poland, and the Czech Republic).

Slovakia watchers say that the elections should not alter the status of the EU as the main focus of Slovak foreign policy.

"Slovakia is and will be a vital voice in the European Union; there is no doubt about this. Whatever government finally emerges, keeping this important role in Europe and even reinforcing it will be a permanent priority for the next prime minister and foreign affairs minister," Bruno Sergi, professor of international economics and political economy at the University of Messina, told The Slovak Spectator.

According to Sergi, this does not mean that Bratislava will be limited in its talks with the Russia of President Vladimir Putin or in dealing with developments in the Balkan Peninsula.

"The Balkan countries and their aspiration to join the European Union could give a perfect political and geographical advantage to Bratislava. Even though Slovakia is a small country, Bratislava could become the main diplomatic actor in the enlargement policy to southeast," Sergi said.

However, Sergi added that Brussels remained the pole star of Slovak foreign policy, "even if some political analysts might say that this is causing a decline in the interest that Slovaks take in foreign policy issues."

Foreign policy experts also say that after pioneering and developing Slovakia's key foreign policy interests such as the EU, NATO, and US-Russia relations, it's now time to focus on improving the management of Slovak foreign affairs network.

"On the one hand, foreign affairs representatives have to improve the system for influencing decision-making processes and advocating our strategic interests towards the EU, such as creating effective broader structure including people in EU institutions and independent experts and companies active in EU relations," said Martin Novotný, a founding partner and the chairman of international operations at the Amrop Jenewein Group.

"On the other hand, Slovakia's foreign affairs structure has to be more open to advocating the strategic interests of its businesses towards the EU."

Novotný said that within Central Europe, Slovakia should be driving more new initiatives within the Visegrad regional format, where economic reforms and energy security issues might have the greatest potential to succeed.

Foreign policy experts stress that economic interests and the involvement of business should not be ignored when shaping foreign policy goals.

"In pure economic terms, the economic priorities of Slovak foreign policy must be consistent with the benefits that globalization and global investment have already conferred on the country, as well as the developments on the country's job market," Sergi said.

According to Sergi, economic stability is now essential and goes hand-in-hand with foreign economic relationships.

What foreign policy areas have the greatest impact on businesses in Slovakia?

Novotný said there were essentially three.

"One of them is influencing potentially negative legislation on the bilateral and mainly the EU level, where foreign missions and the ministry should focus on establishing better communication with the business sector to identify potential risks and effectively advocate their interests," Novotný told the Spectator.

"The third area should be long-term goals, where we should promote, mainly at the EU level, a strong drive towards economic integration and liberalization. From the long-term perspective, this is the only way to remain competitive with China and India as well as other emerging mega-economies," Novotný added.

Sergi conceded that the Slovak public wanted the next government to pay greater attention to domestic economic concerns, but added that these priorities cannot be isolated from international variables.

"I think we underestimate our role in EU energy policy, where in the area of oil and gas supplies we could play a much more important role as the initiator of supplies diversification."

Foreign policy experts agree that if a small country wants to have a more decisive word in international affairs, it has to use more clever tools including effective management and a broader network of contacts.

"I see the role of Slovakia in future more as a facilitator and an initiator of new ideas to improve the environment and relations in Central and Eastern Europe, as well as economic reforms at the EU level," Novotný concluded.