KOREAN car manufacturer Kia Motors is already set for trial production and French manufacturer PSA Peugeot Citroen recently completed the first stage of its pre-serial production preparations. In one to two years' time, full production from both carmakers will begin being sold on the market. 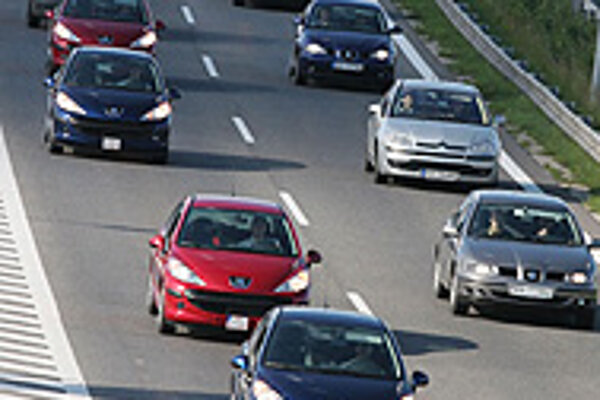 Font size:A-|A+  Comments disabled
KOREAN car manufacturer Kia Motors is already set for trial production and French manufacturer PSA Peugeot Citroen recently completed the first stage of its pre-serial production preparations. In one to two years' time, full production from both carmakers will begin being sold on the market.

The production is eagerly awaited among analysts and macroeconomists as a way of narrowing Slovakia's widening trade gap, which grew slightly in April from 5.8 percent of GDP in March to 5.9 percent of GDP.

"As we suggested a month ago, we believe that the period of extra heavy technological imports is nearly over, with the exception of May, when the import to KIA's second line should be recorded. Combining all the facts together and the expected launch of serial production in PSA Peugeot Citroen by the end of July, we expect only improvements from now on," said Eduard Hagara, analyst with ING Bank.

According to the Association of Automotive Industry (ZAP), Slovakia's car production should reach between 800,000 to 1.1 million cars a year by 2008, a ratio of between 148 and 204 cars per capita.

But the path to the full production was not easy.

One of PSA Peugeot Citroen's major suppliers, Haden Drysys, went bankrupt and couldn't pay its debts. Nonethless, PSA started its trial production in January and, by the end of April, was producing cars suitable for sale.

Kia's history was an even more complex process of land purchase and construction. It took until the beginning of June for the company's plant near Žilina to begin trial production.

The Kia plant in Žilina is the Korean producer's first plant in Europe. PSA Peugeot Citroen and Toyota have a joint production plant in the Czech Republic, but as for PSA alone, its plant in Trnava is the only one in Central and Eastern Europe. The representatives of both plants thus emphasise thorough preparation and high quality for commercial production.

During Kia's trial period, the production technologies and assembly lines will be tested, experts will be trained and the car plant will be prepared for massive production.

"The preparation for the production launch is going according to plan. In December 2006, we should switch from trial to serial production. The exact date of the switch will depend on how it proceeds," Dušan Dvořák, spokesman of Kia Motors, told The Slovak Spectator.

Kia Motors Slovakia president In-Kyu Bae said at the trial production launch in Žilina: "I'm very satisfied, and deeply moved by the fact that we built the plant with Slovak employees. We are proud of them. I'm sure that the best workers are in Slovakia, because Slovaks have the desire to learn new technologies."

The plant in Teplička nad Váhom, near Žilina, has so far employed 1,200 people. One recruitment phase has been completed, but another is underway. By 2009, a total of 3,000 people should be employed there in a three-shift operation.

The construction works at the plant were launched in October 2004. Kia is investing around Sk37.88 billion (Ř1 billion) in the plant, which is to produce 300,000 cars and motors annually. The car model supposed to be produced in Žilina was introduced to the Slovak public at the 16th annual Autosalon Bratislava international car show 2006 in March as the Cee'd concept car.

At the beginning of this year, the PSA Peugeot Citroen group officially confirmed that the Trnava plant will manufacture the latest Peugeot 207 model.

"At the end of this April, PSA completed the first stage of pre-serial production. Its goal was to optimise production procedures and test the functioning of individual facilities. At the end of June, we will gradually start increasing the volume of production. So far, the process is fully in line with the set plan," said Alain Baldeyrou, general director of PSA Peugeot Citroen in Trnava.

According to Baldeyrou, the end of the first pre-serial stage means that the production is meeting qualitative parameters for introducing cars on the market. On May 31, the first 19 Peugeot 207s left the plant for a promotion show in Bratislava.

The plant currently puts out 20 to 30 cars daily, but that should rise to 55 cars per hour in the final stage in 2008. The plant's official opening is scheduled for the autumn.

The carmaker will also build a second plant in Trnava. The company wants to invest approximately Ř350 million in the new factory and create 1,800 jobs there. The second PSA plant will manufacture a new car model. The second plant's output should reach 150,000 cars annually.