ALTHOUGH Robert Fico has not yet been sworn in as prime minister, and the proposed coalition between his Smer party and the far-right SNS and opposition HZDS of former three-time PM Vladimír Mečiar has not yet won the support of parliament, the Smer leader has already proposed to cut value added tax (VAT) on basic foodstuffs and medicines. 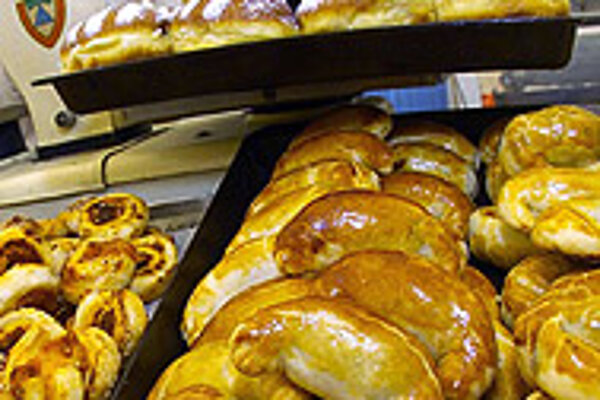 Font size:A-|A+0
ALTHOUGH Robert Fico has not yet been sworn in as prime minister, and the proposed coalition between his Smer party and the far-right SNS and opposition HZDS of former three-time PM Vladimír Mečiar has not yet won the support of parliament, the Smer leader has already proposed to cut value added tax (VAT) on basic foodstuffs and medicines.

Fico proposed that instead of the current 19 percent VAT rate, basic foodstuffs, drugs and medical aids should only face 5 percent VAT.

At the moment Slovakia has a single VAT rate of 19 percent, which is the same as the income tax rate for corporate entities and individuals.

As Fico assembles his government, the business sector is watching every move towards the country's tax system, which recently underwent a massive and well-received reform producing the flat tax.

Market watchers were not enthusiastic about Fico's VAT proposal, fearing the scrapping of the single VAT rate would reduce the transparency of the tax system and tear a hole in the state budget. VAT revenues make up over 50 percent of Slovakia's state budget income.

Fico claimed that his party had a plan to compensate for the shortfall by imposing heavier taxes on monopolies, banks and financial institutions.

"We are able to secure these changes in such a way that the final fiscal result will be neutral," Fico said, adding that cutting expenditures might be another way to achieve that balance.

The exact level of the reduced VAT rate has not been a theme of post-election talks so far. However, the Smer boss said he was confident that his future coalition partners would have no problem with cutting the VAT rate on foodstuff.

The SNS also has lowering the VAT on food in its election programme.

"It is important for us that our partners do not have anything against a second VAT rate, and the rest is a matter of compromise," Fico said.

After the elections, both the conservative Christian Democrats and the Hungarian Coalition Party, which were touted as potential coalition partners for Smer, were careful in their statements on cutting the VAT rate.

Originally, Smer talked about trimming the VAT rate to 14 percent also on energy and books.

However, analysts said that if the party wanted to help low-income groups, it would be better off increasing pensions or providing some other form of direct support than scrapping the flat VAT rate.

It is also far from certain that the reduced VAT rate will produce lower food prices, as food producers may be tempted to raise prices to make up the gap.

"Theoretically, when the VAT rate is reduced, prices also should drop. However, this is only theory. Practical examples from surrounding countries show that reducing the VAT rate does not necessarily lead to lower prices but rather to higher profits for vendors," Poštová Banka analyst Miroslav Šmál told The Slovak Spectator.

"The second thing is that reducing the VAT rate causes a serious shortfall in state budget income; this should be compensated by lower expenditures, which is not very realistic [given Smer's socialist programme]," Šmál said.

Instead, Fico said he planned to compensate for lower budget revenues by raising taxes on monopolies, banks and people with higher incomes. However, he concedes that these measures may not entirely plug the gap.

According to Šmál, the reduced VAT rate would actually help people with higher incomes rather than the poor.

"Those who earn less also consume much less than those with higher incomes, who tend to consume more and thus would save more," Šmál said.

He stressed that Fico would have to find the missing resources somewhere else.

Meanwhile, the new Hungarian government is preparing to increase the country's highest VAT rate from 20 to 23 percent and the mid rate from 15 to 17 percent.