Liberalisation: Half full or half empty?

INFORMATION and communications technologies form one of the most dynamic sectors of the Slovak economy, one driven by global technological innovation as well as the outgoing Slovak government's goal of building an information-based society as the key to making the country more competitive. 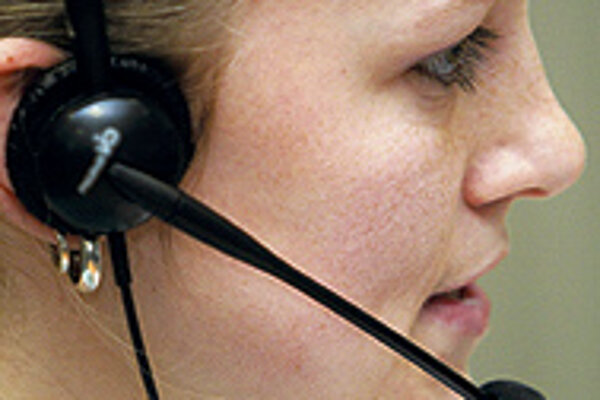 Font size:A-|A+  Comments disabled
INFORMATION and communications technologies form one of the most dynamic sectors of the Slovak economy, one driven by global technological innovation as well as the outgoing Slovak government's goal of building an information-based society as the key to making the country more competitive.

While last year the telecom sector brought no major surprises, copying global trends toward a decline in fixed-line voice services and the growing might of mobile operators, 2006 has already given the market long-awaited number portability and a tender for a third mobile operator.

Market players say the sector has been buoyed by the increased purchasing power of the population, which has led to higher spending on telecom goods and services.

"The most important trends in the telecom sector over the past four years have been the growth in the use of mobile data, the introduction of the Flarion mobile broadband technology, where Slovakia was the first country in the world to do so, and the increase in spending on telecom services, which goes hand in hand with the increase in purchasing power in Slovakia," T-Mobile Corporate Affairs Director Juraj Droba told The Slovak Spectator.

Droba also cited increased price-driven competition, a shift in focus from technology to "top-quality customer care", and a product portfolio comparable with the most advanced mobile markets in Western Europe as the most important achievements of the Slovak mobile telephony sector.

As for the future of the market, Droba said that Voice over IP, mobile broadband, mobile content, value-added IT services and video streaming would enjoy the most robust growth.

According to Droba, the mobile communications market in Slovakia is fully liberalized.

"We dare say that it is one of the most competitive industries in Slovakia," he added.

Slovak Telekom, the major fixed-line operator in the country, has much the same views on the state of liberalization on the fixed-line market.

Slovak Telekom spokesman Ján Kondáš said that the most important milestones in the telecom market over the past four years were the liberalization of the fixed-line market, the roll-out of high-speed Internet based on ADSL technology, and the fast penetration of this technology in Slovakia.

"The Slovak telecom market has been fully liberalized since January 1, 2003. In 2005, Slovak Telekom signed agreements on interconnecting its networks with eight alternative operators, which means that nine telecom firms can now provide services in the fixed line network. Our company in August 2005 published a referential offer for access to local loops. [However], despite the fact that the company has already pushed down prices in the referential offer, access to the last miles has not been implemented so far," Kondáš told The Slovak Spectator.

"As far as the negative aspects are concerned, the telecom market in Slovakia is and has always been under the influence of strong regulation combined with legislative ambiguity in the operation of the Telecom Bureau and the Antitrust Bureau. This ambiguity creates insecurity on the telecom market and considerably limits the marketing strategies of telecom operators," Kondáš added.

But not everyone agrees that formal liberalization has meant liberalization in practice, especially the state authorities. In 2005, Slovak Telekom received the heftiest fine ever levied in the sector, Sk885 million, for what the Antitrust Bureau (PMÚ) called an abuse of its market dominance. The PMÚ said that ST had abused its position on the market by refusing to provide access to the "last mile" local loops that connect terminal network points on the customer's premises to central hubs. ST appealed the fine, calling it unfair and wrong.

Alternative fixed-line operators also say the term "fully liberalized market" cannot be applied to Slovakia, arguing there are several more steps that need to be taken.

Nevertheless, according to Ján Súkeník, director of the GiTy telecom company, the most important moment on the telecom market in the past four years was the "partial liberalization of the market, despite obstructions by the dominant provider.

"The change allowed alternative operators to fight for the trust of the end-user, and in most cases they were successful. Unfortunately, the impact of opening the market has not fully materialized so far in terms of price lists for services provided. I expect this to change between 2006 and 2007," Súkeník told The Slovak Spectator.

David Bečvář, CEO of the alternative operator Dial Telecom, agreed that the Slovak market was not yet fully liberalized.

"There are still services missing, such as the carrier pre-select (CPS) service, unbundling and number portability [for fixed lines]," Bečvář said.

He added that "operators in Slovakia have almost the same conditions as abroad, although there are some differences in the form of missing services as I mentioned, and the fact that Slovakia is a small country with a small market."

Ivan Leščák, strategy and regulatory director of telecom operator GTS Nextra, said that the Slovak market had been formally liberalized, but that the market was not regulated with the standard tools called for by the EU regulatory framework.

"The dominant company has lots of room to oppress the competition in various ways, while the regulatory body basically deals only with the formal aspects of regulation. This means that the [Telecom Bureau] explores whether there is competition on various markets, even on those where the existence of a dominant company is absolutely obvious, and proposes solutions which are then subject to several rounds of appeal. Unfortunately, when the ruling can finally be applied, it is often no longer timely, or the dominant company has further strengthened its position," Leščák said.

According to him, the absence of true market liberalization has allowed several firms to retain their dominance, with implications for other economic sectors.

"In cases where you only have a limited number of major players competing, the level of competition tends to fall and prices stagnate," Leščák said.

According to Súkeník, the Slovak telecom market is gradually waking up to the benefits of multimedia solutions.

"The voice over Internet protocol (VoIP) solutions, broadband access to the Internet protocol (IP) environment, multi-protocol label switching (MPLS) technologies, and videoconferencing solutions have definitely found their way to the consumer," he said.

Súkeník also believes that Slovakia could be making much better use of European Union money for development than it did from 2004 and 2006.

"There are huge reserves, and I expect we will use these funds much better between 2007 and 2013," he added.

He said he would advise the government to increase transparency in the process of approving projects submitted to receive structural funds.

"We would advise [the next administration] to reduce the administrative burden, to install on-line tracking of the approval process, and to support the [creation of] e-government," Súkeník said.

As the leadership of the Telecom Ministry changes following June 17 elections, and the new government frames its telecom and ICT policy, market players have advice for the next administration that goes beyond how it uses EU aid.

Droba of T-Mobile said the government should cover all costs related to national security, especially those related to the increased demand for surveillance and data warehousing.

"There's no reason for these costs to be carried by telco operators," Droba said.

He added that the new government should be careful to avoid pre-emptive regulation of telco markets with growth potential, as this would hinder their development and in the end affect the consumer.

"We are also in favour of a process that assures entry conditions for new telecom market players that are fair for both new and incumbent operators," Droba said.

Operators are aware that the regulations that tend to affect them the most are manufactured in Brussels, and expect the new government to push harder for better conditions for the development of information and communications technologies.

"We expect our future government to lobby harder for the development of ICT in Slovakia and within the whole [EU]," ST's Kondáš said.

He stressed that building an information-based society was key to keeping the EU competitive with the United States and countries of the Far East, where much more is being invested into strategic ICT spheres.

He added that the EU regulatory framework for electronic communications networks and services calls for the regulation of new technologies, and thus limits the return on investments into them.

"We will call on the representatives of the future government and parliament to green-light the development of the information society, as well as innovations and investments in new technologies first of all at the EU level," Kondáš said.