TO CATCH a glimpse of how difficult it was to achieve certain occupations several centuries ago and what skills one needed to succeed, go and visit the annual European Folk Craft festival in Kežmarok.
For example, you'll learn that a craftsman who has completed his apprenticeship but does not yet have his own workshop is called a journeyman. 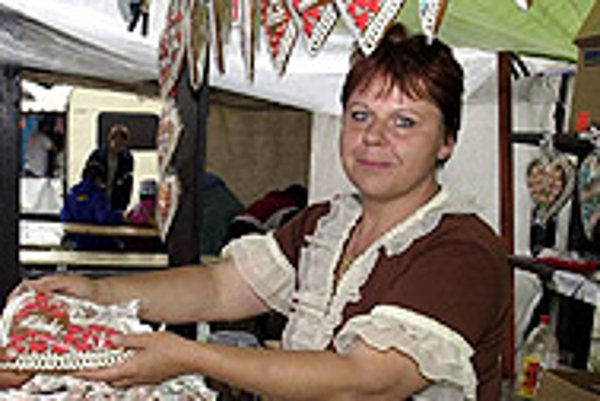 Font size:A-|A+  Comments disabled
TO CATCH a glimpse of how difficult it was to achieve certain occupations several centuries ago and what skills one needed to succeed, go and visit the annual European Folk Craft festival in Kežmarok.

For example, you'll learn that a craftsman who has completed his apprenticeship but does not yet have his own workshop is called a journeyman. Journeymen could not chat with girls, meet each other or go to pubs. For two or three years, they just had to wander the entire Hungarian Empire looking for work.

Those skilled and wealthy enough to get their own workshops became masters, which meant extremely long working hours and marriage within a year, or face penalties. Young journeymen often had the additional duty of escorting drunken masters and filling them in the next morning on everything that had happened.

But not everyone could even become an apprentice. To enter a guild, one had to have parents living in a model marriage and a father who did not work as an executioner, gravedigger, herdsman, coachman or soldier.

"Some Kežmarok guilds, such as bakery, even required apprentices to be of German origin," said Kežmarok historian and writer Nora Baráthová.

Guilds played an important role in Kežmarok, a former royal town that once lay in the crossroads of a significant trade route. Its 40 guilds formed between the 15th and 19th centuries put it among the 10 towns in what is now Slovakia with the highest number of guilds.

To celebrate this rich history, Kežmarok holds the annual European Folk Craft festival, which focuses on a different type of craft each year. Last year, smiths occupied the area in front of the town's castle, which will now be filled with the wonderful smell of delicacies prepared by food guilds.

Fishermen will process fresh fish and roast them over a fire. Bakers will knead dough for bread and pretzels. Gingerbread makers will bake and decorate honey cakes. Butchers will create the atmosphere of a traditional pig slaughtering.

"They will not actually kill any animals, just demonstrate the processing of meat into sausages and black pudding," explained Agáta Perignthová from the festival's organisational team.

Shepherds will also be there to show how to make sheep cheese and žinčica (sheep whey) in a sheepfold erected in the castle area. The town also had a beer guild, but Perignthová said demonstration of this particular skill will be absent from the festival. Nevertheless, she promises beer will be sold at each corner.

According to the historian Baráthová, the food guilds were among the basic and most numerous guilds in Kežmarok. The fishermen guild was the oldest guild, as well as probably also the oldest craft in the town.

"Kežmarok was rich in rivers and streams. The Poprad river even had salmons until the first Czechoslovak Republic [1918], when the Polish built a dam on the Dunajec," she said.

The historian also explained how the fisherman guild ended abruptly. In the middle of the 17th century, its members were too lazy to go fishing early in the morning, so they hired butchers to do the work for them. When the town found out about it in 1667, it ordered the fishermen to improve. With no records on it since then, Baráthová said, the guild likely ended.

"It's a unique case for Slovakia because the guilds always did honest work," she said.

Butchery, the third most numerous craft in Slovakia, suffered hard times under certain monarchs of Kežmarok Castle. Four generations of Thököly, who ruled between 1579 and 1684, forced butchers to supply the castle with free meat, or face imprisonment and torture.

The town knows little of its millers, only that they had to be skilled carpenters. Moreover, they had to follow a strict dress code that, if violated, resulted in fines.

Altogether, around 150 artisans will showcase their various skills and sell their products in 40 wooden booths scattered in the town's historical centre during the festival.

A cultural programme at two different venues will accompany the happening. Historical and theatre performances will be shown as well, including fairy tale and night tours through the castle. There will be a traditional cheese market on the castle's courtyard, exhibitions and a special postal service with stamps dedicated to food crafts.

What: European Folk Craft festival.
When: July 7 to 9.
Where: the historical core of Kežmarok (15 kilometres north of Poprad).
www.elro.kezmarok.sk