VOTERS had barely started to digest the return of three-time Prime Minister Vladimír Mečiar to power before Mečiar began demanding that one of his most notorious former henchmen, Ivan Lexa, have his name cleared and his place in Slovak society restored. 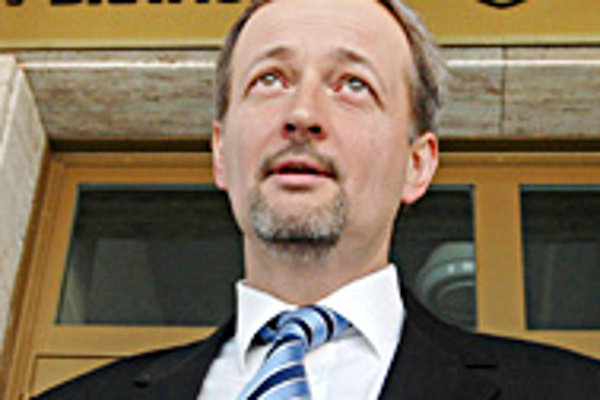 Font size:A-|A+0
VOTERS had barely started to digest the return of three-time Prime Minister Vladimír Mečiar to power before Mečiar began demanding that one of his most notorious former henchmen, Ivan Lexa, have his name cleared and his place in Slovak society restored.

Mečiar claimed that "swine" in the country's law enforcement agencies during the past two election terms had used their power to harry political opponents such as Lexa, the former head of the Slovak secret service (SIS) under the 1994 to 1998 Mečiar government.

"Ivan Lexa deserves social and civil rehabilitation, because the acts he was accused of committing never occurred. The accusations were false, the evidence manufactured, and the witnesses perjured," Mečiar said to the SITA news wire on July 3.

Of all the fears surrounding Mečiar's participation in the new ruling coalition with prime minister-elect Robert Fico and far-right leader Ján Slota, the most keen is the return of the people and policies that led to Slovakia's near international isolation during the mid-1990s.

While Lexa was believed to have used the SIS in a campaign against Mečiar's political opponents, such as the media, the opposition and then-President Michal Kováč, Mečiar pursued an authoritarian line that alienated the Western world.

"People such as Lexa were closely connected to Mečiar and were partly the reason why Mečiar himself became unacceptable and had no chance to win any official parliamentary or government post until this day," said Juraj Marušiak, a political analyst with the Slovak Academy of Sciences, in an interview with The Slovak Spectator.

"Were Lexa to be reinstalled as director of the secret service, for example, that would be received very negatively by a wide range of people, including the international community."

Following his recall by parliament in November 1998 after the end of the Mečiar government, Lexa was charged with roughly a dozen crimes from his time as SIS director, including fraud, the illegal sale of used SIS guns, sabotage and abuse of power. To date, however, the courts have found him guilty of only one minor offense.

On the other hand, his alleged involvement in the SIS' kidnapping of the former president's son in 1995 was never fully investigated, due to a blanket amnesty issued by Mečiar as acting president in 1998.

Police are also still building a case against Lexa for allegedly ordering the murder of Robert Remiáš, a key go-between to a state's crown witness in the kidnapping case, in April 1996.

After being stripped of his immunity from prosecution under the first Mikuláš Dzurinda government and serving some months in pre-trial custody, Lexa fled the country and escaped detection until he was found hiding out in South Africa, and was returned to Slovakia in July 2002 to face trial.

With Mečiar now back in government and the courts - so far - having found Lexa largely innocent, Mečiar is insisting that his former spy boss' name be cleared.

PM-designate Fico, however, remained cool to the proposal.

Fico, a lawyer by profession, said he respected the principle of the presumption of innocence, and that "If Mečiar brings this topic up, I will listen to him but I will also want to talk about other things".

Although in the past Fico labeled Mečiar's amnesties immoral, his initial response to Mečiar's latest call suggested he was not about to make any bold moves in either direction.

"I insist that it [the amnesty] was a legal decision, but it was not right, either politically or morally. On the other hand, anyone who proposes that the amnesties be cancelled should hand back their law diplomas. Amnesties cannot be cancelled."

For the political opposition, the Mečiar proposal proves that the former PM has not changed his anti-democratic stripes.

Daniel Lipšic, who held the post of justice minister from 2002 to 2006, and whose Christian Democratic Movement (KDH) has repeatedly called for Mečiar's amnesties to be overturned, said that recent events proved that the former leader "hasn't learned anything, he's the same person with the same thinking as in 1998".

Lipšic added that it was impossible to rehabilitate Lexa.

"There is no legal rehabilitation option, because Ivan Lexa was prosecuted for kidnapping, and the prosecution was halted because of the amnesties, not because there wasn't any evidence. The only way to arrive at a truly just decision in the matter would be to do what Mečiar is hysterically trying to prevent - to cancel the amnesties," Lipšic said.

"The issue of guilt or innocence can only be settled in the court system, and should not be dealt with on the political level," said Marušiak.

Observers wondered why Mečiar had brought up such a sensitive matter even before the government had formally met for the first time, rather than wait and choose a lower-profile strategy.

Apart from Lexa, Mečiar also called for another ally, the controversial businessman Karol Martinka, to have his name cleared.

Police recently shelved a case against Martinka over the privatisation of the lucrative Piešťany spa under the 1994-98 Mečiar government. Martinka also fled Slovakia and now lives in Vienna.

According to Marušiak, Mečiar could be seeking to clear the names of his most notorious former colleagues to pave the way for his own return to public office.

"By calling for the names of these people to be cleared, he is aiming for his own rehabilitation, which, if it ever happened, could open the doors for him to top state posts," Marušiak said.