Ján Kubiš made a quick trip to Hungary on July 11 as his first assignment as Slovakia's foreign affairs minister to assure the Hungarians that the new Slovak government would fully respect the rights of all minorities. 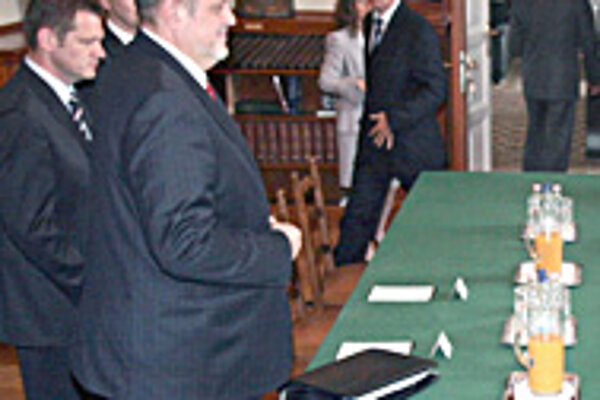 Font size:A-|A+  Comments disabled
Ján Kubiš made a quick trip to Hungary on July 11 as his first assignment as Slovakia's foreign affairs minister to assure the Hungarians that the new Slovak government would fully respect the rights of all minorities.

Hungarians, along with a number of other European officials had expressed fears over the presence of the nationalist Slovak National Party (SNS) in the new coalition. SNS, and especially its leader Ján Slota are known for their anti-Hungarian and anti-Roma sentiments, which Slota has boldly expressed publicly.

Information from the EU indicated that members of the European Parliament (MEPs) had received bulk compilations of Slota's past statements via e-mail. Hospodárske noviny reported that these statements have become a popular topic of discussion in Brussels.

The list of statements is 11 pages long and includes Slota's statements about Hungarians, the Roma and homosexuals. Included is Slota's most notorious statements such as, "Hungarians are a tumor on the Slovak nation that needs to be immediately removed." Another remark suggests that Roma men should receive state payments in return for submitting to sterilization.

Several Slovak MEPs agreed that these statements are not only a detriment to Slota's reputation, they cast a shadow over the entire Slovak nation.

Smer formed the coalition with SNS and Slovakia's three-time ex-PM Vladimír Mečiar's Movement for a Democratic Slovakia (HZDS), even though faced with the threat of suspension by the European Social Democrats group. Smer has maintained, however, that this coalition was the best option to allow the left-wing party to enact its social programme.

But even inside Smer, opinions on the presence of the SNS in government differed.

Smer's MEP Monika Beňová said that she understood the reservations the European Socialists have against SNS and even admitted that "a better coalition would have been with HZDS and some of the former ruling coalition parties".

At the July 11 meeting with Kubiš, the Hungarian foreign affairs minister Kinga Göncz charged that "before and after the elections one of the coalition parties in Slovakia resorted to very serious anti-Hungarian attacks and attacks against foreigners".

Kubiš defended the new coalition saying that the Slovak cabinet should be judged by its actions rather than its composition.

Following the meeting, Göncz told journalists that she had asked that the Slovak government to disassociate itself from anti-Hungarian rhetoric.

"I asked Mr Kubiš to ensure that the Slovak PM Robert Fico clearly distance himself from Slota's numerous anti-Hungarian statements and to reassure us that such statements do not represent the government's point of view," she said.

Fico himself as well as deputy PM for minorities Dušan Čaplovič have already said that they would make sure that the rights of minorities are maintained in Slovakia at their current level. Kubiš reiterated that Slovakia wants good neighbourly relations with Hungary.

"We will respect not only our commitments but also contribute to the development of the human rights of minorities. We will push through the principles of tolerance," said Kubiš.

According to SNS representatives, the criticism aimed at the party is unjustified and denied that any future activities of the new ruling party would infringe on the rights of minorities. (See interview with Rafaj underneath.)

The European Parliament's Union for Europe of the Nations (UEN) also defended the SNS. In a statement issued by UEN on July 12 the group's co-president Cristiana Muscardini said that "it's the voters, and not a limited circle of elite groups, biased journalists and political rivals, who decide the quality and destiny of political parties in a general election".

"In addition, it's normal that every political party should behave responsibly to its voters and to its country's citizens. A party has to show by its policies that it is able to protect democratic principles and respect human dignity," Muscardini concluded.

Europe is likely to follow the actions of the new government closely as several MEPs have demanded careful monitoring of Slovakia in the coming months.