SLOVAKIA has been doing its best to live up to the "car giant" label journalists frequently use when referring to this small central European country.
Starting in 2008, Slovakia's three car industry investors - Volkswagen Slovakia, PSA Peugeot Citroen and Kia Motors Slovakia - should produce between 800,000 and 1.1 million cars annually. According to the Slovak 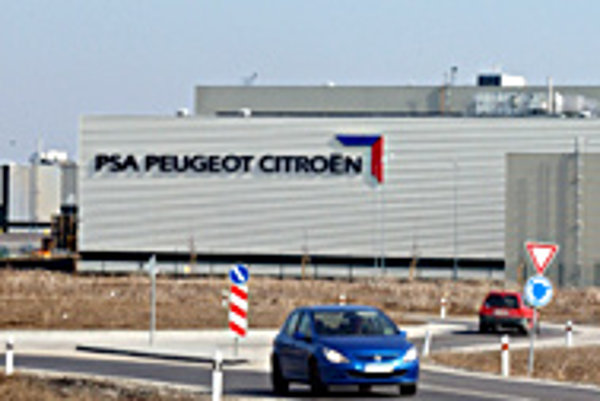 Font size:A-|A+0
SLOVAKIA has been doing its best to live up to the "car giant" label journalists frequently use when referring to this small central European country.

"Slovakia as an emerging market has become a global player in automotive industry production. In the last few years, it has confirmed its ability to actively approach both car manufactures and their suppliers. From our point of view, it possesses a strategic position to supply the developing Central and Eastern Europe markets," said Alain Baldeyrou, general director of PSA Peugeot Citroen in Trnava, western Slovakia.

He added that Slovakia has also shown a readiness to shape legislation and regulations that create the proper conditions for receiving big investment projects. "In the case of the Trnava plant, all parties fulfilled all the commitments laid out in the agreement we made in 2003," Baldeyrou said.

According to Baldeyrou, if Slovakia wants to maintain its favourable business environment, it should continue to provide a stable political, legal and economic environment.

Additionally, the industry would welcome initiatives aimed at addressing the shortage of qualified labour that has resulted from the wave of larger investments, he added.

The automotive industry in Slovakia has experienced some significant changes over the last four years.

The boom started in January 2003 when PSA Peugeot Citroen announced its intention to build a car plant in Trnava with an overall investment of €700 million. At the beginning of this year, the PSA Peugeot Citroen group officially confirmed the Trnava plant would manufacture the latest Peugeot 207 model.

At the end of April, PSA completed the first stage of pre-serial production, which means production met the qualitative parameters for introducing cars on the market. At the end of June, the plant will gradually start increasing the volume of production. Its official opening is scheduled for autumn. At full capacity in 2008, it will put out 300,000 cars annually.

Recently, the carmaker announced it would build a second plant in Trnava for €350 million. The company wants to create 1,800 jobs there. The second PSA plant will manufacture a new car model.

In March 2004, South Korean carmaker Kia Motors announced it would locate its new plant in Slovakia and launched construction works by October 2004. Kia is investing around Sk37.88 billion in its production in Slovakia. The car model supposed to be produced in Žilina was introduced to the Slovak public in March at the 16th annual Autosalon Bratislava international car show 2006 as the Cee'd concept car.

However, the history of both car plants was not entirely smooth. One of PSA Peugeot Citroen's major suppliers, Haden Drysys, went bankrupt and couldn't pay its debts. Kia's history was an even more complex process of land purchase and construction.

Volkswagen Slovakia is the current flagship of the car industry in Slovakia. It was founded in 1991 and has been producing cars since 1993. However, even this car producer has not remained unchanged during its history in the country. Volkswagen completely rearranged its production line in 2004 to accommodate the new Audi Q7 model, which started production in October last year.

Volkswagen Slovakia invested €62.5 million last year in its plants in Bratislava and Martin, and 50 percent more than that in 2004.

Additionally, the three carmakers attracted a whole range of suppliers, which are an important part of the industry both logistically and economically. Experts estimate that one job in the car production sector creates about five jobs in the supply chain.

Carmakers say when it comes to their suppliers, it's more a matter of quality than country of origin.

Baldeyrou explained: "We prefer suppliers with high quality, cost-competitiveness and flexibility. No specific requirements in term of origin. Due to the sensitive process of launching a new model in new plant, we started in Trnava with suppliers who know our way of manufacturing."

According to Dušan Dvořák, public relations manager of Kia Motors Slovakia, 10 of the company's major suppliers came to Slovakia with Kia and will build their factories here.

"In addition, we will use dozens of local companies, and our main suppliers will use many local sub-suppliers," Dvořák said.

Some economists warn relying on the automotive sector might harm Slovakia in a couple of years when companies move further east in search of cheaper labour markets. Carmakers say there is no reason to worry, at least not yet.

"The automotive industry has great potential here. It is interconnected with several other industrial branches and has a very extensive network of suppliers. That is why it contributes to developing other industries," Dvořák of Kia pointed out.

"When we look at Slovakia's neighbouring countries, we find several carmakers in each of them. That is why we cannot say it is only Slovakia that is focused on the car industry, although it will probably have the highest number of produced cars per capita." Car producers are coming to the whole Central and Eastern European (CEE) region, and car plants are being built especially in countries with large market potential, such as Russia.

According to Baldeyrou, the future development of the automotive market is hard to predict: "Concerning our site, I would like to point out that Trnava is one of the PSA Peugeot Citroen Group's biggest investments.

We carefully considered the location from the start, and taking that into account, it is clear that Trnava is a long-term project."

Both carmakers predict a successful future for the automobile industry in the CEE region, as well as increased interest in industry products.

"The CEE region has great potential for economic growth. This should be reflected also in increased demand for new cars. The ratio of the number of cars to the number of inhabitants is still much lower in this region than in Western Europe," Dvořák said.

Baldeyrou summarised: "The continuously increasing demand of the Central and Eastern European markets is creating further opportunity for the entire automotive industry."