ON ONE hand Slovakia will become the largest producer of cars per capita in 2007 thanks to the investments of international carmakers. On the other hand Slovakia still ranks as one of the countries with the smallest number of car purchases per capita and with the oldest age of vehicles in the EU. 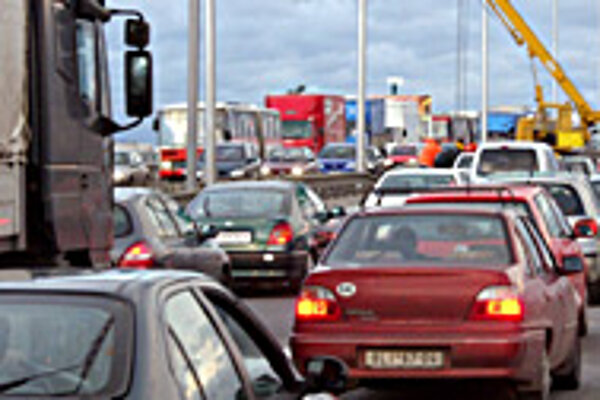 Font size:A-|A+  Comments disabled
ON ONE hand Slovakia will become the largest producer of cars per capita in 2007 thanks to the investments of international carmakers. On the other hand Slovakia still ranks as one of the countries with the smallest number of car purchases per capita and with the oldest age of vehicles in the EU.

Car importers in Slovakia believe that this might change in the future if the economy continues to grow.

According to Sylvain Coursimault, general director of Renault Slovensko the Slovak vehicle market experienced increased competition during the last years. The market opened to new car brands and although the traditional car brands in the Slovak market remained important, some of the new brands managed to gain significant positions.

"During the latest few years, the market of cars imported from other European countries was significantly increasing," Coursimault said.

He believes the clients were the ones who benefited the most from the increased competition. Possibilities of choice, variety of products, price competition and the network of sale outlets to better serve the customer are the main benefits.

Based on data provided by the Association of the Car Industry in Slovakia, the number of new cars and small vehicles weighing up to 3.5 tonnes (categories M1 and N1) registered during the first half of 2006 was 38,886 which is 14 percent more than during the same period of last year.

Although the number of registered cars grew during the previous half year the overall annual number of new cars sold has been stagnating for several years.

The long-term stagnation of the automotive market in Slovakia is connected to the low purchasing power of the citizens.

"A large number of the citizens of Slovakia simply cannot afford to buy a new automobile. There are even regions where a customer buying a car by leasing must borrow money just to be able to pay the first leasing installment. It means he does not even have 20 percent of the purchase price of a car," said Ľubomír Habala, managing director of MSC - Suzuki Slovensko.

However, he added that the improving economic situation in some Slovak regions in 2006 began to be reflected in higher car sales. Habala believes that the Slovak market will continue to grow more vigorously than the rest of the EU.

Thanks to this situation the position of Slovakia will be improving in various statistics such as the sale of cars per capita and the age of the owned vehicles in Slovakia.

Andrej Glatz, general director and executive officer of Daimler Chrysler Automotive Slovakia, agrees that the low purchasing power of citizens limits the number of cars that are sold but he is convinced that this situation will change in the near future.

"In Slovakia there are 1.3 million registered cars with only 60,000 new cars being sold annually. This equation means we are "producing" a 20-year average age of our vehicles. About 100,000 - 120,000 new cars sold annually would be a healthier number," Glatz said.

He thinks the new government should pay attention to this fact as well. It should look for ways of supporting the sale of new cars, for example, by cutting the fuel excise taxes. "20-year old cars are not only uneconomical but they also threaten the environment and traffic safety," he added.

Coursimault of Renault Slovensko agrees that the new cabinet should focus at measures that more easily enable the purchase of new vehicles in order to improve the age of owned vehicles in Slovakia.

He explained: "The age of Slovakia's vehicle fleet is one of the oldest in all of the EU countries. Supporting the improvement in the age of car fleet would be a positive step for the ecology - older cars pollute the air more than new ones, the same is true for drivers' safety - new cars provide a higher level of safety for the whole country."

Coursimault also thinks the cabinet should continue to adopt economic measures that enable VAT deduction for new vehicles of N1 category (company cars and vehicles). "However, when providing such an advantage the type and model of the vehicle should be taken into account to a greater extent," he emphasized.

According to Kamil Pecho, product manager at Top Auto Slovakia, the quantitative growth of the number of vehicles as well as an improvement in the age of owned vehicles are connected with the overall effectiveness of the economy but there are also other factors, "for example, legal ones such as the possibility of VAT deductions for business entities".

Due to the low purchasing power of Slovaks, the Slovak market is also different when it comes to the structure of new cars sold comparing to the original EU countries, Habala said.

Slovakia is dominated by sales of B segment (small cars)vehicles. In the EU, the C (lower middle class) and the CD segments (middle class) are in first place in vehicle sales.

"The share of B segment vehicles might be decreasing in the near future but, for sure, we will not arrive at the EU level very soon," Habala pointed out. Pecho also added he does not expect a great change in what class of cars will dominate in the Slovak market.

Coursimault believes the region of Central and Eastern Europe has a real potential for further development in the automotive market. "You can see this reality even after only a quick analysis of the level of equipment and the age of owned vehicles."

The pace of the region's development will depend on macro-economic indicators and possible stimulating measures, he said and added: "With having this on my mind, I really believe in the development of modern, practical vehicles with an attractive design that remain simple and economic when using them."