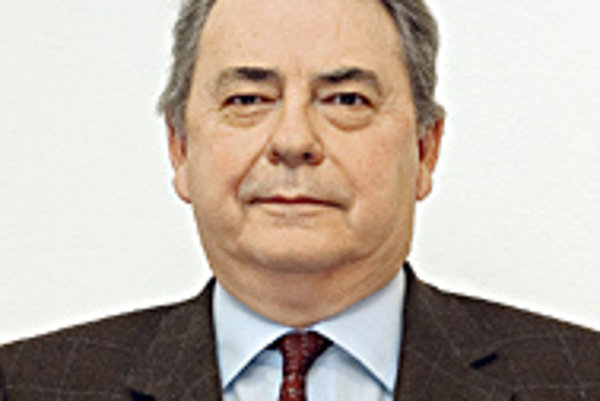 Font size:A-|A+  Comments disabled
The Slovak Spectator (TSS): You have worked for Citroen in Belgium, the Netherlands, Slovenia, Croatia and the Czech Republic. How does Slovakia stack up?

Philippe Vincent (PV): In Western Europe, such as in Paris or the Netherlands, the system has been working for 50 years, and it's difficult to find something new. But in Croatia, for example, I remember being alone to buy a map for the city, find a lawyer, to start something new for Citroen without employees or offices or anything. It's completely different.

But I don't want to compare Slovakia with Old Europe, because the differences are too great, and the market is also quite different. Perhaps you could compare it with Slovenia, a country of 2 million inhabitants, where the market is around 70,000 new cars a year. This year in Slovakia the market will sell 70-75,000 new cars, in a country with 5.4 million inhabitants. I think the potential is 140-150,000 cars a year, if you look at Slovenia. This is quite a big jump, but the key is to know when it will happen.

To reach Slovakia's potential we need help from the authorities to destroy as many of the old cars that are now on the road as possible. On the one hand this will bring the state more money in VAT, and on the other hand it will increase safety on the roads and be better for the environment.

The government could also use the VAT gains to provide incentives to people to trade in their old cars, or to provide subsidies for them to buy newer ones. Of course, this has to be done step by step - people will tend to trade in their 10-year-old car for a model that is five years old, rather than immediately buying a new one. You won't change the market in 2 years, but over time you will get where you want to go.

TSS: What else can the government do to renew the nation's auto stock?

PV: It can obviously build better roads and highways, if it has the money, but I think one thing it could do relatively painlessly and quickly would be to close loopholes allowing people who drive [luxury] cars like expensive SVV to get their VAT back by declaring that their car is a commercial vehicle. Sorry, but no. I agree that it is normal for owners of small commercial cars to get their VAT back, but not for this kind of car. Sorry. If people have two million or more to spend on a car, a little bit extra in VAT won't change anything.

TSS: Measures like this involve more rather than less state involvement in the economy. Do you think that countries in transition from communism need radical free market "cures", or a greater state presence to iron out deformities as soon as they come up?

PV: I definitely think you need a balance, because if everyone is just free to do what they want, the rich people will just keep getting richer, and the poor people will never have a chance to grow. On the other hand this balance has to be achieved in consultation with business, because you can't afford to hurt the economy.

I am worried that people are expecting a lot of things to improve in terms of social programmes. The problem is that increasing quality in services is expensive, and I'm not sure if the country has the money. The risk is that people get frustrated after waiting for six months and seeing that nothing is happening.

TSS: What have been some of the highlights and most positive developments of the past four years in your sector?

PV: For us the best thing was that competition was opened up between all the brands and all dealers. Open competition helps companies be dynamic and creative - that was the positive side of the previous government.

In terms of negatives, it appears they neglected the importance of education, which will be crucial for the future, both in technical schools and in universities. The next government will have to concentrate on getting the right people in there.

TSS: Has the growth in the Slovak economy in the last four years been reflected in new car sales?

PV: Yes, and not only in quantity, but also in the type of models. In the beginning we sold cars with only one of two options, but now for instance a higher percentage of the cars ordered have air-conditioning. We see that employees are asking their companies to order air-conditioning, and they are accepting, because the economy is able to pay it. Mind you, you still see big differences between the cities and the regions, just like in the Czech Republic.

In the last four years Citroen's market in Slovakia has grown every year, and this year it will be up again by about 10 percent. Our market share is also growing, And it's not just Citroen - the other two French brands in Slovakia, Renault and Peugeot, are quite strong as well. This year Škoda is still leading, which is normal, but their share is falling step by step; then comes Volkswagen, which didn't have a very good year last year, and then Peugeot, Citroen and Renault.

TSS: Is part of the increase in the new car market also due to better financing possibilities?

PV: It helps. We also have big competition between the leading leasing companies. It's an advantage for the final consumer.

TSS: What advice would you give to the incoming government?

PV: From my point of view, the most important thing for the stability of the economy is for the government to be able to adopt the euro in 2009 as planned. That seems a long way away, but there is a lot of work to be done before then.

I also think it's important to have an acceptable policy of privatization regarding the biggest companies in the country, such as the railways company and so on. I don't think that price alone should decide - the quality/price ratio is more important.

You have to bear in mind that the country's gas, through Slovnaft, its electricity, its highways, its railways and so on may all wind up in private hands - five or six of the most important economic activities. You have to be very careful - that's my opinion.

I have already mentioned the need to change the policy on getting back VAT, to close the loopholes. We might lose an advantage on one or two cars, but it's important that everyone is in the same boat.

The country also has to invest a lot in education, that much is clear. It is and advantage to have low salaries, but it is far better to have high-quality labour. At the end of the day, quality is very important, as if you end up spending more on warranties because you were trying to save on labour, you can destroy your image on the market.

TSS: The former government took some criticism for going after mainly larger foreign investors, especially in the auto industry. Was this criticism justified?

PV: I think the best way is to go after the mid-sized companies. The risk to move is always connected with the investment of the company. In case of moving, the company would have to reimburse, the government, the financial help it had given for coming to Slovakia

One thing is sure, with car industry investments we have more than enough. Slovakia will be producing over a million cars a year, and in a country of 5 million people it will be a challenge finding all of the human resources they need. That's why education is so important.

Also, if there is an international problem in the car industry, there will inevitably be problems at the local level. I understand the draw of the publicity attached to announcing a big investor - it's such great advertising, and it allows them to boast that they were better than Poland, Hungary or the Czech Republic. But I think the everyday task is to draw smaller companies, which insulates the country far better against change. One of the main problems is that the state currently does not have the organizational capacity to negotiate with a lot of smaller investors. The big fish are sometimes easier to land.

TSS: Your parent company, PSA Peugeot-Citroen, is one of those big fish. Will it help your business to have them here in Slovakia?

PV: I also think that the fact that 6,000 people will be connected with the PSA factory will change people's approach to Citroen, just as I think the KIA factory in Žilina will have the same impact there.

TSS: The classic image of the Slovak car owner is of someone who owns a Škoda 120 and spends the weekend tinkering with it. How would you update this image so that it fit with the current reality?

PV: Slovaks in general like cars, like talking about them. People also like to show that they have a big car, because appearances are important to them. You might offer people ABS, for instance, and if it is free they will accept it, but if it is going to cost them more, they would prefer to spend the money on an extra that people will notice. That's very important to people.

For both rational and non-rational reasons, people in Slovakia don't like small cars, and would prefer a larger used car over a smaller new car. But that's pretty much the same anywhere.

People here also take a lot longer to make decisions, the mentality is not to take risks. If you hold a special sale here, people may take a couple of weeks to respond. Elsewhere in Europe two or three days might be enough. But that's OK - you just have to adapt your activities to the mentality of the people.

TSS: To go back to your original statement, that the key is how long it takes for the Slovak car market to reach its potential - what would be your guess?

PV: If we have a normal government with normal policies, the market will reach 120-130,000 sales in about five years. That may be optimistic, but a lot of companies are now arriving in Slovakia, and there is always this lag time of a year or two that people need to be sure of their jobs and their salaries before risking buying a new car. Once people feel more secure I think things will really begin to change.