"HOME-PRODUCED" brands may have an advantage on the domestic market. However, car importers are not afraid that new cars produced in three car plants in Slovakia will negatively impact their position on the market. 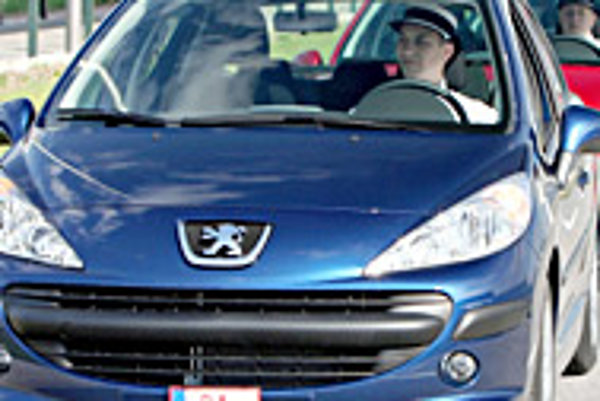 Font size:A-|A+
"HOME-PRODUCED" brands may have an advantage on the domestic market. However, car importers are not afraid that new cars produced in three car plants in Slovakia will negatively impact their position on the market.

The Slovak Spectator (TSS): Can or will the fact that Slovakia will be home to three strong car production plants impact your operation in Slovakia? If yes, how?

Andrej Glatz (AG): In each country the local producer always has a better position. Their employees are able to buy cars at advantageous prices and sell them, for example, after one year. In this way the demand for a greater number of service facilities [of the particular brand] grows and the brand therefore becomes more accessible to all the citizens.

The local production therefore always impacts imported brands. We are convinced however, that thanks to the carmakers that are based in Slovakia the whole economy will grow. The carmakers attracted component producers - who will need local infrastructure such as apartments, restaurants and other shops. All this brings higher employment and incomes, and we hope, also higher sales of our brand of cars.

Ľubomír Habala (ĽH): Volkswagen and PSA Peugeot Citroen produce mainly for the foreign markets, however, in the case of Kia we expect they will want to create a domestic market in Slovakia. Their slogan "Made in SlovaKIA" suggests this strategy.

In any case, all three brands will have the advantage of "spontaneous knowledge" of Slovakia comparing to our brand. At the same time, when deciding which car to buy many buyers might weigh more seriously the fact that the car was produced in Slovakia.

However, Suzuki might also have an advantage as it has a car plant in the Hungarian town of Esztergom - very near the Slovak town of Štúrovo. About one third of their employees come from Slovakia and many suppliers of the car plant are from Slovakia.

Kamil Pecho (KP): With regards to the position of brands that our company imports to Slovakia, the local production will not have much impact on our business operation. Our marketing is aimed at cars from a higher price category.

TSS: Is the market of used cars a strong competition to newly produced cars in Slovakia? Do you expect the share of used cars to the number of new cars to increase or decrease in the future? What are the major factors that influence these developments?

AG: A car is not just a means of transport; it is also part of a lifestyle. Many of us change cars not because we have to but because we want to. This is how "used cars" arrive on the market. The ratio of 100 percent of new cars to 60 to 70 percent of used cars would be a health mix.

Used cars are, of course, a competition to new ones, however, in a way, the used cars business works at the same time as a sales support mechanism for new cars. The way it should work is that a salesman offers you a buy-back of your old car when you are buying a new one. This is the most comfortable and the least risky for you - the guarantees for your used car are transferred to the one who buys it from you. I would like to warn all potential buyers of used cars to thoroughly check not only the technical state of a vehicle but also its "genealogical tree". The "Medical record" of used cars from authorised service centres should be the normal method of business.

ĽH: I suppose there will be a gradual decline in the share of used cars to the number of new cars that are sold. The negative experience with driving a used car and significant loss an owner encounters when they want to sell it again is balanced on the one hand with higher competition from new car importers and prolonged guarantees of new cars, at 2 to 4 years, on the other hand are the main reasons for this anticipated decline.

KP: The used car market - especially for foreign imports does not significantly impact the sale of new cars in Slovakia as opposed to some neighbouring countries, for example, the Czech Republic. As long as the offer of cars in the lowest price segment (between Sk300,000 and Sk400,000) is large and the offers of suitable forms of financing (leasing or consumer loans) are available, the share of used cars will not grow.