THE FAVOURABLE economic environment and cheap, qualified labour is what attracted the majority of foreign ivestors to Slovakia.
But as average wages gradually increase, Slovakia's low-cost employees are becoming not so low cost any more. Additionally, larger investments have almost dried the pool of qualified candidates, leaving demand high and the market feeling the shortage. 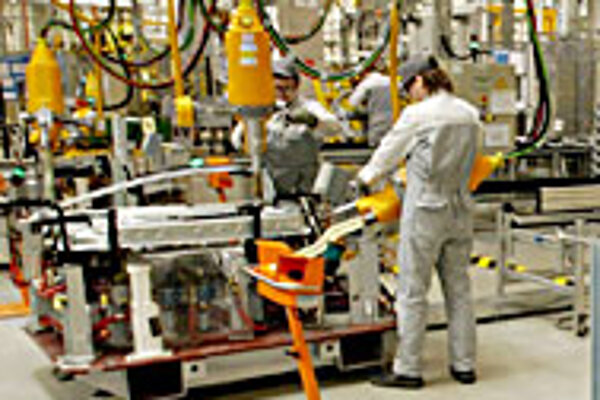 Font size:A-|A+  Comments disabled
THE FAVOURABLE economic environment and cheap, qualified labour is what attracted the majority of foreign ivestors to Slovakia.

But as average wages gradually increase, Slovakia's low-cost employees are becoming not so low cost any more. Additionally, larger investments have almost dried the pool of qualified candidates, leaving demand high and the market feeling the shortage.

The Slovak Spectator (TSS): Several foreign companies have changed their plans to invest in Slovakia and turned to markets with even cheaper labour and larger incentives. Do you think this trend will continue? Are foreign investors in Slovakia likely to move east, and which sectors could be affected the most?

Alain Baldeyrou (AB): There were several reasons behind PSA Peugeot Citroen's decision to invest in Slovakia. Apart from the favourable economic environment, the location is close to our target markets. I am not able to evaluate the investment motives of other entrepreneurs.

Dušan Dvořák (DD): I do not think a situation will arise in the short term in which Slovakia's investors will start a massive move eastward. Of course, it depends on the branch, form and size of an investment, production demands for the qualified labour and other factors.

From our company's point of view, such a scenario is not realistic. Our total investments in Slovakia should reach about €1 billion. We have built one of the most modern plants and we have also invested not a small amount of money into employee education.

We have trained more than 600 Slovak employees in Korea. We have furnished our training centre in Žilina with the most modern equipment and we use it for various courses. When training the employees, we cooperate with our suppliers and use lecturers from Korea, Germany, Japan and France. Our investment into education benefits our employees and Slovaks alike, who gain know-how about car and engine production.

Along with Kia, more than 10 additional components suppliers have also invested in Slovakia. In case of a relocation, it would not be a decision for just one company but a whole network of suppliers.

TSS: Several foreign investors have already experienced concern about the lack of qualified labour in their sectors. Have you noticed a shortage? Are Slovak vocational schools and universities meeting the demands of the car industry?

AB: The difference between the actual knowledge of candidates and business expectations constantly improves procedures within the industry and exists not only in Slovakia. PSA Peugeot Citroen has created its own education system to ensure a smooth start up for the Trnava plant. In Slovakia, we are investing around €3.4 million into an education system run together with our Slovak partners. In the future, we are ready to support any reasonable initiatives in improving the system of technical education.

DD: During the recruitment phase for the first working shift, we did not experience any major shortages of qualified candidates. Of course, there were vacancies that were more difficult to fill. We recently started the recruitment process for the second shift and think a lack of suitable candidates could occur. In the majority of cases, students at Slovak schools are taught with obsolete equipment and technologies. We now cooperate with the schools, mainly to improve the selection of suitable candidates for our new plant, but also to contribute to the education process. We will see if the schools are interested.