Maďarič wants to bring culture into the spotlight

NEW Culture Minister Marek Maďarič, a Smer nominee, aims to move culture away from the margins of public interest to centre stage. Premiere Robert Fico promised to support his ambitions. 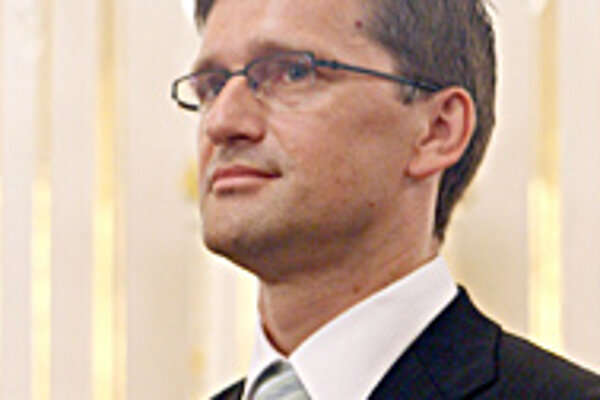 "The potential for culture in Slovakia is neglected and insufficiently supported," Maďarič said in an interview with the daily SME.

"We have a nice strategy of culture approved but we are not fulfilling it. We haven't managed to meet many of the concrete tasks the former government planned."

The new minister will continue in the work of his recent predecessor, Rudolf Chmel, and strive to increase the budget for the culture ministry. He will focus his attention on tackling the inadequate financing of the public media, renovating cultural monuments, making progress in national institutions, and developing local culture.

"The media will be one of my priorities. We must resolve the status of [state-owned] TASR news agency, approve a new press law, and try to resolve the issue of financing the public media," he told journalists.

At the same time, Maďarič wants to guarantee their independence from government.

The new minister also aims to speed up the digitalisation of TV and radio broadcasting. With the new law on audio-visual funding, he eagerly plans to revive the Slovak film industry along with STV.

His next priority is the reconstruction of cultural buildings in order to boost travel tourism. He says the problem is the lack of finances, which he wants to obtain by uniting the financial resources of the state, the municipal regions, local authorities and the European Union.

Maďarič is also focussing on national culture institutions - the national theatre (SND), gallery and museum, as well as the Slovak Philharmonic. He considers finishing the construction of the new SND building vital.

Regarding the presence of the nationalist Slovak National Party in the government, observers will closely follow the new minister's treatment of minorities. Compared to 2004, the finances supporting minorities have doubled to Sk160 million.

Maďarič says he cannot imagine culture, which is rooted in variety, without the nation's minorities. However, he will not distribute the money based on the size of a minority. As an example, SITA reported, he mentioned the Jewish cemeteries, many of which are in a desolate state.

"As monuments they should be protected, as they are part of the Slovak culture heritage, even though the Jewish minority is one of the smallest in the country," said the minister, who recently met with Geneva's main rabbi and chairman of the council for preserving Jewish cemeteries in Europe, Avraham Yaffe Schlessinger.

Former State Secretary at the Culture Ministry Ágnes Bíró, who served under four ministers, said, as she recently gave up her post, that the ministry's largest problem is its financial under-support.

"The almost Sk4.5 billion budget for culture is misleading, as they also include money for the church and the new SND building," she told the daily SME, adding that the grant system increased a bit but financing of other fields did not change.