CRITICS and supporters of Robert Fico's government alike, state officials and non-governmental organisations, the Roma communities and the majority population, Bratislava and Košice all agree that bridging the gap between the malnourished East and the well-heeled West and improving the situation of the Roma will be among the most challenging tasks of the new government. 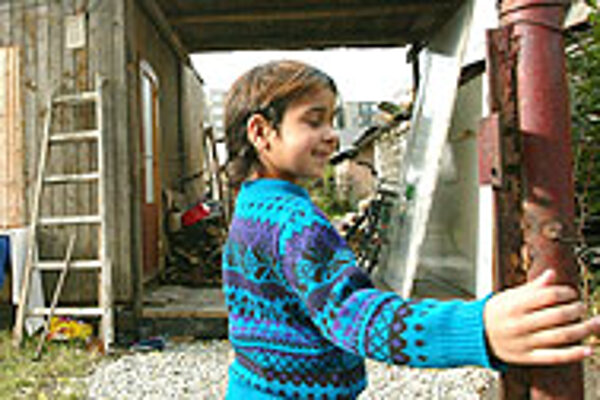 Font size:A-|A+  Comments disabled
CRITICS and supporters of Robert Fico's government alike, state officials and non-governmental organisations, the Roma communities and the majority population, Bratislava and Košice all agree that bridging the gap between the malnourished East and the well-heeled West and improving the situation of the Roma will be among the most challenging tasks of the new government.

The government has responded to the challenge by putting regional disparities high on the country's to-do list, while the media is eager to hear what the specific steps will be.

Roma activists have already called on the new government to be more sympathetic to the problems of the Roma community. The Council of Non-Governmental Organisations of the Roma Communities sent an open letter signed by 31 Roma leaders to the Fico team, calling for temporary balancing strategies, solutions to housing problems and the development of grassroots projects within the Roma communities.

According to the Roma leaders, "634 Roma settlements, many of which lack basic infrastructure systems, potable water, electricity, gas, as well as Lunik IX of Košice, continue to demonstrate the unfavourable situation of the Roma in Slovakia."

The Slovak Spectator spoke to Ben Slay, Director of the UNDP Bratislava Regional Centre for Europe and the CIS about the problems of disadvantaged groups in Slovakia and the increasing regional differences.

The Slovak Spectator (TSS): The Roma community expects the government to keep its campaign promises and improve the lives of the Roma in Slovakia. They demand solutions to the problems of social housing for disadvantaged groups and support for the health and education of the Roma. What, in your opinion, are the most pressing tasks for the new government?

Development programmes should not focus on particular groups per se but rather address the needs of the whole community. This is the best way to integrate the Roma into the social and economic mainstream. In order for development policies and programming to succeed, they must take into account local and territorial specifics.

Such area-based community-focused approaches have the highest potential to integrate - and not segregate - vulnerable groups. A good example of such programmes is "The Cserehát Programme" that we have launched with the Hungarian government in north-eastern Hungary.

BS: Various forms of positive discrimination have been employed successfully in many countries, both in Europe and elsewhere. In the United States, the creation of a large Black middle class since the 1960s has been due in part to affirmative action programmes, particularly in education, employment, and contracting.

However, in many countries even the beneficiaries of these special programmes resent the "onus" that sometimes accompanies them, and the suggestion that success is due to government favouritism rather than individual accomplishment.

In Slovakia, policy makers and communities must strike a delicate balance between targeting special assistance for Roma and other vulnerable groups on the one hand, versus creating ethnic-based entitlements that are resented by both non-recipients and, in some cases, recipients as well. The focus should be on vulnerable groups and poor regions, not ethnicity or skin colour.

TSS: The new government declared an effort to fill the gap between the underfed eastern parts of the country and the wealthy West. What, in your opinion, are the greatest challenges the new government will face in this area?

BS: The reforms introduced by the Slovak government suggest that a consistent, ambitious set of tax, labour market and social policy reforms can significantly reduce unemployment and raise incomes for many low- and middle-income households in a relatively short period of time.

This particularly applies to Slovakia's depressed eastern regions, where most of the Roma communities are located, and where solutions to development problems could take decades. What we are seeing now is that in spite of the growth in employment and household incomes, some low income households no longer receiving social benefits have not benefited correspondingly from Slovakia's employment growth, and have thereby fallen deeper into poverty. Integrated area-based development programmes can help with eradicating disparities.

BS:The set of tax, social policy, and labour market reforms introduced by the Slovak government during 2002-2006 were intended to boost economic and employment growth in Slovakia by strengthening the role of market forces and work incentives.

They succeeded in accelerating growth in GDP and employment, strong increases in foreign direct investment, declining unemployment rates and improvements in Slovakia's fiscal position. Importantly, these measures were supplemented by initiatives targeted at high-unemployment regions.

Opponents claim that these measures have exacerbated problems of inequality and regional disparities, and this can not be ruled out. However, the data currently available generally do not support such charges.