Infrastructure and knowledge a priority

According to a number of EU fund experts, Slovakia should concentrate on projects geared to long-term economic and social strategies. The experts especially recommend focusing on funds that will upgrade the knowledge-based economy, infrastructure and culture. 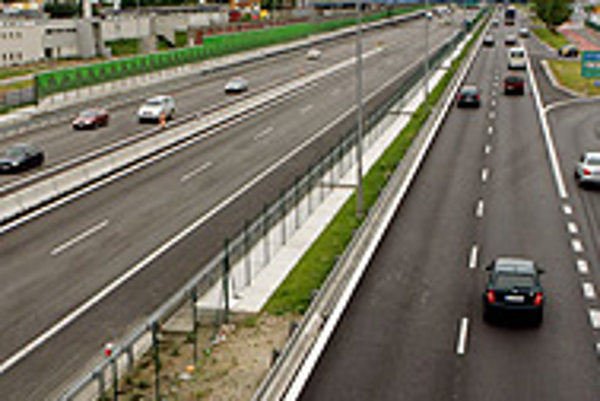 Font size:A-|A+  Comments disabled
According to a number of EU fund experts, Slovakia should concentrate on projects geared to long-term economic and social strategies. The experts especially recommend focusing on funds that will upgrade the knowledge-based economy, infrastructure and culture.

"More money should be directed to the knowledge - based economy, creating public private partnerships in education and joint research and development between universities, research and companies," said Patrik Zoltvány, EU consulting and lobbying service practice leader and head of AJG European Office.

According to Beatrix Kormančíková, head of the project management department at Castor & Pollux Group consulting, infrastructure in fields such as transportation, and environment, information technologies should be the strongest absorber of the EU funds.

"I would emphasize improving the citizens' infrastructure such as education, health care, culture, and social affairs.

"In culture it concerns mainly historical objects (Slovakia has about 9,500 national cultural monuments), memory and fund institutions such as libraries, museums, galleries and archives as well as cultural centres," Kormančíková said.

Ján Trgala of S&K Management Systems believes the EU funds can help with the difficult problem of Slovakia's regional disparities. Trgala believes it is a matter that will take cooperation between the ruling coalition and the opposition. And he adds that short-term strategies will not work. He says that there must be "strategies which go beyond the 4-year governmental election period ... where the EU funds could be a significant complementary financial resource".

Additionally, Trgala says, the EU funds could play a major role in building a long-term transportation infrastructure in the more remote parts of Slovakia. At present, according to Trgala, existing state funds are inadequate to finance such projects effectively: "We would definitely see a higher interest of foreign investment in eastern Slovakia if the infrastructure was more developed there."

Skills in EU funds are growing

EU fund experts think Slovakia has made a progress in the know-how of using the funds during the last four years although some mistakes still remain.

Kormančíková of Castor & Pollux Group listed major "kids' diseases" that the system had to face at its beginning.

The capacities of the EU fund managing and implementing bodies in Slovakia were not created quickly enough according to Kormančíková. She ran down a listof the problems in the system during its early stages: the organisations were inexperienced and not well trained; the central IT monitoring system was introduced only gradually and, in some areas, new domestic legislation had to be adopted meaning that in some bodies rules were created after they had already begun operations; decisions were not always made in line with the intended long term goals.

Kormančíková noted that the EU structural fund assistance was administered exclusively by the state bodies which were the only ones with experience with the EU pre-accession fund drawing procedures. According to Kormančíková, problems of those managing and implementing bodies can be documented by checking the results that are monitored by the Cabinet's Office.

"While the interest of applicants, as measured by the number of submitted projects, surpassed the volume of resources by a large margin, the number of concluded contracts was much lower and the actual drawing of funds was very weak. From the point an applicant's view, this was reflected in an extraordinarily long waiting period before the managing and implementing bodies responded to the submitted projects and paid the [project's] costs," she said.

However, despite the "diseases" she characterized the first period of utilizing the Structural Funds in Slovakia (2004 - 2006) as successful.

Trgala of S&K Management Systems believes that during the last four years Slovakia has succeeded in developing a functional system of EU fund management on the public administration level.

"After a beginning period when few barriers were observed on the side of the administration, the ministries have adopted measures to avoid misunderstanding between the beneficiary and the donor and, especially in the last two years, we have begun to really take advantage of using funds in all their range," he explained.

Trgala thinks the EU funds administrators have gained valuable experience while working on a daily basis with the funds programmes and implementation.

There is still a room for improvement

The experts agree that the potential applicants for EU funds have improved in the design of their projects but they also agree that assistance to the applicants from the state managing and mediating bodies could still be improved.

"There should be a larger focus on building and improving the administrative structures that are responsible for the management of the programmes. There is still a high turnover of the employees - young and talented people come, start working there and then once they learn the process they leave because they are frustrated by the working conditions. Effective monitoring of projects is also missing," Zoltvány of AJG explained.

Additionally, Zoltvány says that difficulties also appear with the recipients themselves who get into trouble after they have been awarded the grant funds and are suddenly faced with cost and project management complications for which they are unprepared.

Zoltvány also suggests that a better system of selection criteria for projects be developed so that nobody feels discriminated against in any way.

Kormančíková thinks decisions which take into consideration the priorities of the EU are most crucial in terms of correct application of the EU funds. "More complex projects reflecting long term needs and trends must get more room."

She also suggests better preparation and training for the bodies involved in fund management - administration at the ministries and territorial units. She thinks better schemes for rewarding their employees could also help increase the efficiency of their work.

The procedures of managing and implementing bodies should be revised to facilitate drawing of the EU structural funds.

Kormančíková thinks that in order to increase the transparency of the EU fund distribution, closer attention should be paid to the composition of various monitoring and managing committees that are made up of representatives from the public and business sectors and non-governmental organisations (NGOs). According to Kormančíková the higher territorial units, municipalities, and the NGOs should have more representation on these committees.

Trgala is convinced that the transparency of EU funds distribution has improved in the last couple of years. There have been various multi-stage evaluation controls implemented and thus the system should work. "However there are always questions of personal integrity when someone breaches moral and financial standards and causes instability in any system," he summarised.