Slovakia's nicest town welcomes home one of its biggest stars

NESTLED nicely in the nice Štiavnické Hills, where wildlife outnumbers the nice inhabitants, Banská Štiavnica is a nice town set to host some stellar music: the appropriately-named Festival of Nice Music. 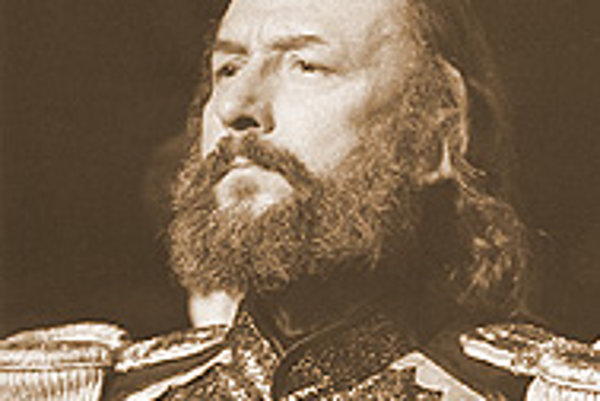 From July 28 to 30, the festival, now in its seventh year, will follow the delightful regional tradition of presenting outstanding art in scenic historical sites, such as the town's rustic Old Castle, Farský Church and the nearby St Anton Manor House. Organiser Eugen Prochác, himself a prominent cellist, has attracted an impressive lineup of domestic and international talent.

Preceding the festival's official opening is an exhibition of photos by Milota Havránková, the renowned Slovak visual artist credited with keeping modern expressive surrealism alive and well in Central Europe. This exhibit takes place in the Knight's Hall of the Old Castle, a stunning 16th-century tower famous for its collection of Baroque sculptures.

Adding ambiance to the exhibition will be the novel pairing of guitarist Juraj Burian and Prochác, who will perform original compositions, as well as works by David Popper, the legendary Czech cellist and composer.

The festival opens later that evening with a recital by the excellent Russian pianist Alexej Kornienko playing works by Mozart, Schubert and Chopin. The recital was made possible with the generous support of Petrof, one of Europe's most well-established piano manufacturers.

It continues the next day at the St Anton Manor House, a radiant Baroque chapel five kilometres from Banská Štiavnica. There, the Cellomania ensemble - a trio of the country's finest cellists - Prochác, Jozef Lupták and Ján Slávik - will present works by Haydn, Godár and Gorecký.

But it's that evening that will highlight the festival: the homecoming of Slovak bass Sergej Kopčák. The superstar opera singer has been busy touring internationally and receiving rave reviews at the Metropolitan Opera, leaving his Slovak fans little opportunity to hear him live.

"Kopčák is wildly popular throughout the world," Martina Tolstová, press secretary for the Slovak Philharmonic, once told The Slovak Spectator. "Every opera soloist dreams of performing at the world's top houses. It's difficult to get there and even more difficult to stay, but Kopčák has managed to keep his post as guest soloist at the Metropolitan Opera for over 20 years."

Accompanying him will be the Banská Bystrica State Opera Orchestra under the baton of Harvey Bordowitz, the acclaimed founder of the Herzliya Chamber Orchestra in Israel.

"I was thrilled to get a call from Eugen Prochác," Bordowitz said. "[The Banská Bystrica Orchestra's principal conductor] Pavol Tužinský is one of the finest people I know, and his orchestra is a wonderful gem to inspire. I'm very excited about working with Mr Kopčák."

Also performing are two of Kopčák's students from the University of Performing Arts in Bratislava, Ondrej Mráz and Erika Čambalová. It all takes place in the Farský Church, a 13th-century basilica with a charming Romanesque interior.

The festival concludes with a duet at the Old Castle. Ľudovít Kanta, the great Slovak cellist living in Japan, will be accompanied by pianist Marián Lapšanský, who currently serves as director of the Slovak Philharmonic, in works by Fauré, Saint-Saens and Popper.