THE NEW Slovak government pledges that its "foreign policy will consequently stem from Slovakia's state interests in securing inevitable international conditions for strengthening security, economic prosperity and improving the living standards of its inhabitants". 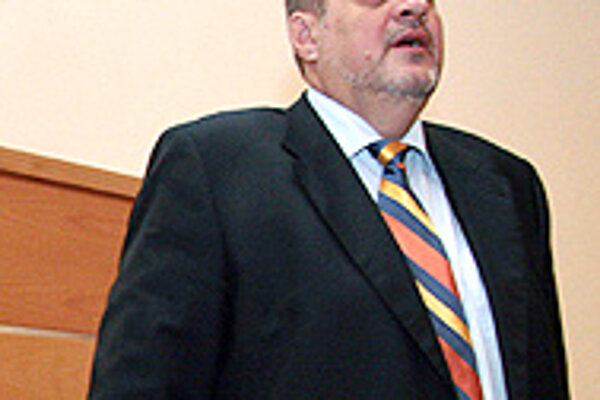 Yet despite the pledges of the current government to respect all Slovakia's commitments to NATO and the EU, and in continuing in its good relations with its immediate neighbours, particularly the V4 states - including the Czech Republic, Hungary, and Poland - some observers remain cautious especially in regard to Slovak-Hungarian relations.

The presence of the nationalist Slovak National Party (SNS) in the new Slovak coalition has already caused a stir in bilateral relations.

Most recently Hungarian Foreign Affairs Minister Kinga Göncz sent a letter to Slovak officials protesting the statements Ján Slota, the chairman of the SNS, made in a Czech daily Lidové Noviny, in which he suggested among other anti-Hungarian remarks that Slovakia's Hungarian Coalition Party (SMK) should be banned.

The foreign affairs minister Ján Kubiš sent a letter to Göncz assuring him that the "government resolutely rejects any statements and steps that could damage bilateral relations with Hungary and the peaceful co-existence of people".

When presenting his government's programme in parliament on August 1, PM Robert Fico also reacted to the Göncz letter referring to the cabinet's manifesto as a guarantee that Slovakia would be a reliable and predictable partner and would not do anything negative in connection with minorities in Slovakia.

"The government will not do anything undemocratic or un-European," said Fico, but added that he did not appreciate the fact that he had received a letter suggesting that a different government could have been formed in Slovakia.

"That's why we have to see such letters in other contexts rather than simply reacting to the screams of one politician," he said adding that the government would respond to all letters from abroad concerning its cabinet's position on minority issues.

During a discussion of the cabinet's programme in parliament on August 2, the leader of the opposition Christian Democratic Movement Pavol Hrušovský noted that in his opinion "Slovakia is not far from silent international isolation".

"The government has not even started working yet and it already has to explain the statements of one of its coalition parties' chairman [Slota] to Slovakia's neighbors," he said.

In the meantime, the problems between SNS and SMK were growing. In a recent interview with Hungarian InfoRadio SMK's Miklós Duray called SNS a fascist party. SNS responded with a criminal complaint against Duray.

Slovakia's Deputy PM for European Issues, Human Rights, and Minorities, Dušan Čaplovič, openly rebuked both opponents suggesting that they keep their vocabulary on a leash so as not to add tensions to Slovak-Hungarian relations.

"The government will be a reliable ally and partner that respects its commitments. It will support a deepening of the partnership and strategic cooperation within the EU and NATO. It will push through a peaceful, secure, and socially responsible Europe, fostering development of mutually advantageous international cooperation and creating a safe world without crises and conflicts."

The manifesto also states that "[the government] will contribute to the fight against terrorism," even though the coalition has already signaled it plans to withdraw its army unit of approximately 100 military engineers from Iraq.

The government has given assurances, however, that any withdrawal of the troops would come only after consultations with Slovakia's allies.

The manifesto also states that the country's diplomats will focus on the economic dimension of foreign relations, especially working to improve its relations with the Russian Federation and to give "special importance to the partnership with the Czech Republic".

Former foreign affairs minister Eduard Kukan did not agree with the passage on Slovakia's Czech neighbors. In his opinion the "position of the Czech Republic is inappropriately emphasized [compared to the relations with other states]".

"Some passages are too general, such as those concerning the enlargement of the EU where Slovakia has been actively engaged in favor of the European perspective for the Balkan states," Kukan told TASR.

He noted, however, that there are many positive elements in the foreign affairs program in such areas as proposed efforts to create a unified presentation of Slovakia abroad, provisions for official development aid and the planned approval of a new law on foreign service.

During the August 3 discussion in parliament former Prime Minister Mikuláš Dzurinda also made a few comments about the foreign affairs chapter of the new government.

According to Dzurinda, "the whole chapter on foreign policy is written in an encyclopedic manner and lacks clear goals and attitudes".

He said the government did not offer clear attitudes towards global problems including the situation in Lebanon and Israel. It failed to specify the government's stance towards states such as the Belarus, as well as other issues connected with EU policies.

"Maybe this cabinet wants to give the impression that it will maintain continuity in Slovakia's foreign and defence policy, which is why there are no attacks on the previous government in the manifesto. Instead there are a lot of general statements," said Samson.