Changes will not occur overnight

DANIEL Holland, who teaches psychology at the University of Arkansas at Little Rock, has just returned from a meeting in the Czech Republic and Slovakia with disability NGOs. Currently a Mary E Switzer Distinguished Fellow with the National Institute on Disability and Rehabilitation Research in the US Department of Education, Holland has been researching the status of people with disabilities in the Visegrad countries for several years. In the fall, he heads to Poland. 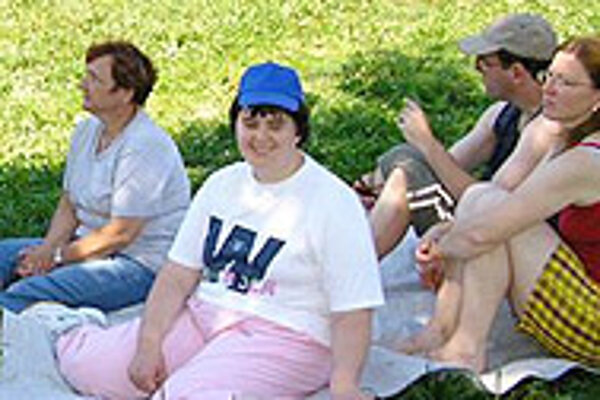 Font size:A-|A+0
DANIEL Holland, who teaches psychology at the University of Arkansas at Little Rock, has just returned from a meeting in the Czech Republic and Slovakia with disability NGOs. Currently a Mary E Switzer Distinguished Fellow with the National Institute on Disability and Rehabilitation Research in the US Department of Education, Holland has been researching the status of people with disabilities in the Visegrad countries for several years. In the fall, he heads to Poland.

The Slovak Spectator (TSS): What achievements has the Slovak government made in integrating the handicapped into social life since the fall of Communism?

Daniel Holland (DH):Slovakia, as well as the other three Visegrad countries, has made important progress in disability policies over the past 15 years. What remains a problem, however, is the implementation. The policies are well written, but still go unheeded.

TSS: How did the atmosphere change from the Vladimír Mečiar to Mikuláš Dzurinda governments?

TSS: What needs to be done to fully integrate the disabled into society?

DH: The ultimate goal needs to be community-based services, where every community has resources that prevent those with disabilities from becoming segregated or isolated. But this ultimate goal will not occur overnight. There will be stages to pass through in order to dissemble the existing institutional infrastructure.

One model programme for de-institutionalization in Slovakia is in Michalovce. The psychiatric hospital there established a remarkable model for shifting support for people with disabilities from the institution to community-based resources. Reforms such as these are critical.

If reform in disability services and disability rights is going to occur in Slovakia, one of the things that is going to be necessary is getting medical doctors to "buy in" to the reform. Many psychiatrists, for example, still tend to favour institutional care of people with certain mental disabilities, rather than community-based support. This is often the case in many places in the world. This needs to change.

TSS: How effective has the state been in bridging the gap between the disabled and the majority?

DH: If you look at disability policy in Slovakia on paper, it looks very encouraging. But in reality, in the lives of the citizens themselves, there are a number of critical steps the state must now make to move forward.

One is to establish a network of centres that exist solely to enforce disability laws. In the US, we have what is called the Protection and Advocacy Network. Each state has at least one agency or centre that does nothing other than investigate whether schools, nursing homes, hospitals, employers, etc are complying with disability laws. This is one very effective model for the implantation of disability policy.

TSS: You say, in your findings, that the efforts of disability activities in Slovakia are "particularly sophisticated and interesting". What do you mean?

DH: It is important to note that the NGO community in Slovakia has been very innovative. It's a "quiet" community, so it has not received as much international attention as it deserves, but NGOs in Slovakia demonstrate the resourcefulness of the Slovak people even - or maybe especially - after a long and difficult history of restricted freedoms.

One example of ingenuity is the strategy of the Alliance of People with Disabilities, led by Mária Orgonášová. One of the things the Alliance did was to identify and groom talented people with disabilities to run for the Slovak parliament. They were able to prepare and support such talented people and guide them through the MP process. Once in the parliament, such people are able to bring the experiences and perspective of disability to the legislative floor. This is a very innovative approach, one that I wish American NGOs would copy.