SLOVAK police opened an investigation into a video featuring a group of unidentified people burning the Hungarian flag.
Although it has since been removed, the video was allegedly available at the website youtube.com for quite some time. 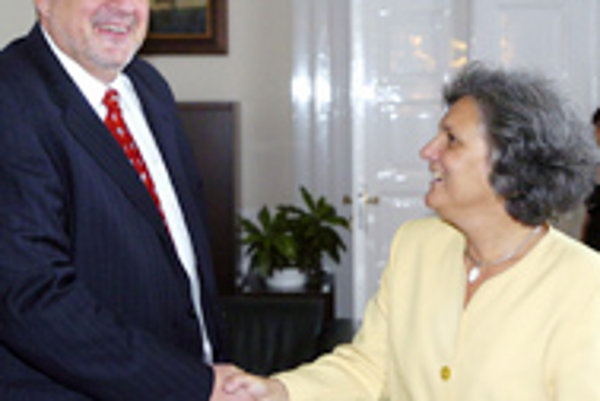 Although it has since been removed, the video was allegedly available at the website youtube.com for quite some time. It shows a group of neo-Nazis expressing their hatred of Hungary by burning the national flag and chanting anti-Hungarian slogans.

Hungary has already made an official request to Slovak authorities to provide information on what action has or will be taken against the authors of the video. According to Hungary, the video promotes hatred and offends the dignity of the Hungarian nation.

"The police are working on seizing the video so that it can be analysed and we can determine whether a crime has been committed," police spokeswoman Marta Bujňáová said.

According to TASR news agency, a 21-year-old Slovak using the nickname "werwolfSSlovakia" has claimed responsibility for producing the 86-second recording, according to a webserver Index.

The same source also states that the person concerned subscribes to fascist ideology, as indicated by two anti-Roma videos he has produced, as well as the fact that the anti-Hungarian video features skinhead music.

The flag-burning video, which ended with the statement in English "Always opposite Hungary!", appeared on the Internet on July 30, and was taken off on August 7.

The video, entitled Anti-Hungary, includes Slovak and grammatically incorrect English slogans such as "Welkome in Slovakia - is beautifully - Slovakia is our - we never not to be Hungary - Slovakia is heart Europe!"

In response to the video, the Slovak Foreign Affairs Ministry said in an official statement that "the Slovak government will always categorically reject all forms of racism, intolerance, xenophobia, aggressive nationalism and extremism".

The ministry also noted, however, that it was "surprised that the Hungarian government has elevated this deplorable private act of persons who placed the amateur video on a little-known server registered in the USA, to the level of international relations".

The ministry considers it "inappropriate that all similar acts of irresponsible individual behavior should lead to intervention at the governmental level".

"Along with other steps recently taken towards Slovakia, the Hungarian government could be creating the impression that it's leading a deliberate campaign against Slovakia. We're upset about the possible harm being done to mutual relations," reads the statement.

According to the Slovak diplomat, this could eventually create an atmosphere of permanent tension between Hungary and Slovakia.

Hungarian Ambassador to Slovakia, Csaba Győrffy, was invited to the Ministry on August 8, where the ministerial representatives explained its statement in connection with the act.

"The Foreign Affairs Ministry strongly condemns all steps that harm good relations between Slovakia and Hungary, including defamation and abuse of state symbols," the Ministry said.

In a statement sent to The Slovak Spectator, Rafael Rafaj, the head of the SNS caucus, said that his party was "seriously concerned with the pointed sharpening of anti-Slovak hysteria and regrets the worsening of Slovak-Hungarian relations because of the over-sensitive intervention of Budapest against the Slovak government".

According to Rafaj the e-mail addresses and telephone numbers of SNS members published on the party's website "have for a week now been a target of aggressive anti-Slovak, vulgar epithets against the nation, which were sent from Hungary.

Rafaj said one such text message said "dirty Slovaks, you have no motherland".

"According to analyses carried out by SNS, ever since our party became a part of the new Slovak government, and the [former ruling] Hungarian Coalition Party left for the opposition, an unprecedented unity and intensification in anti-Slovak approach of the whole Hungarian political spectrum has taken place."

SNS also noted that there were plenty of anti-Slovak websites with militant extremist content, and therefore, SNS says, it expects the Hungarian authorities to act immediately to ban these websites as well. The websites include horthy.hu, nemnesoha.hu, felvidek.hu, trianon.hu, and many others, said SNS' Rafaj.

The SNS also noted that on one of the militant anti-Slovak websites the portal from which the anti-Hungarian flag burning video came was listed among the sponsors. SNS therefore reasoned that the video might have been a pre-meditated move to stir unrest between the two nations.