SLOVAKIA's membership in European and global multilateral organisations, like the UN Security Council, has helped the country become a popular business and tourist destination. However, people who are involved in the business of tourism are even more convinced that the increased visibility Slovakia has enjoyed on the global scene is not enough, in and of itself, to drive the positive development of tourism. 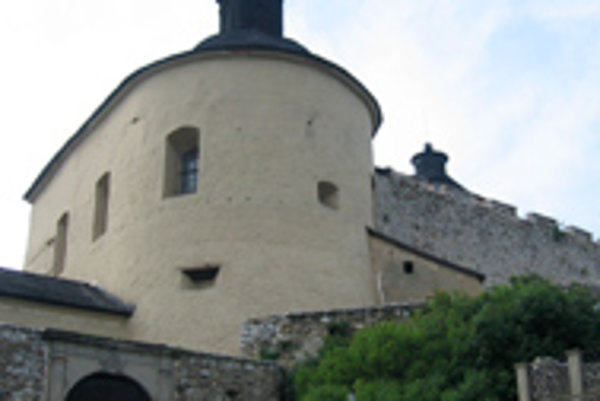 Font size:A-|A+  Comments disabled
SLOVAKIA's membership in European and global multilateral organisations, like the UN Security Council, has helped the country become a popular business and tourist destination. However, people who are involved in the business of tourism are even more convinced that the increased visibility Slovakia has enjoyed on the global scene is not enough, in and of itself, to drive the positive development of tourism. Apart from an increasingly important need to improve the quality of services, further amendments to the legal framework covering tourism is needed.

The Slovak Spectator asked several professionals involved in the tourism industry about the latest trends and proposals to improve the tourism sector, our contributors include: Jana Kozubová, head of the tourism department of the city of Bratislava, Lenka Šoltýsová, PR manager of Radisson SAS Carlton in Bratislava, Roman Weck of Snow Paradise ski resort in Veľká Rača, Michaela Grančičová, director of the Hotel Dukla in Bratislava, and Maroš Sýkora, spokesman for the J&T Finance Group, that is involved in tourism development in the High Tatras.

The Slovak Spectator (TSS): What trends or developments during the past four years do you regard as most important for your sector, in both a positive and negative sense?

Jana Kozubová (JK): The accession of Slovakia into the EU and improving the image of Slovakia has had a favourable impact on the development of tourism in Slovakia. We can feel this impact in Bratislava.

In general, tourism was significantly influenced by the opening up of air transportation, mainly the boom of low cost air carriers that led to a decrease in the price of air travel. This decrease created good conditions for the development of city break holidays.

For Bratislava this was very important. Currently, Bratislava has direct air connections with 30 different destinations. As a result the composition of visitors to Bratislava is significantly changing. The number of visitors from more distant destinations, for example from Great Britain, France, Italy, Spain, Finland and Sweden is growing, as well as to many other destinations.

Lenka Šoltýsová (LŠ): We think it is definitely the accession of Slovakia into the EU [that has had the biggest impact]. Thanks to accession, Slovakia became more visible, gained resource support for tourism from EU funds and saw an influx of new business investors and tourists. We still consider the inadequate promotion of Slovakia abroad as a drawback. Compared to the Czech Republic and Hungary, the amount of money spent to promote Slovakia is too small.

Roman Weck (RW): An increase in the number of visitors that come to Slovakia during the winter is definitely positive as well as a boom of investments in the skiing industry, that improves the services at ski resorts. I consider the foundation of SKI Region Slovakia as the beginning of cooperation among operators of holiday resorts in Slovakia as a positive development.

Michaela Grančičová (MG): I see a great positive impact from the events connected to the accession of Slovakia into the EU. I think that Bratislava and all the better hotels recorded an increase in the demand for accommodations. There are an increasing number of foreign guests who need accommodations in Bratislava because of their business activities or for tourism.

TSS: If you could advise the new government on policy for the tourism sector, or on legislation that needs to be passed or amended, what would you say?

JK: First of all we should rediscover some of the old proposals that are in the drawers of the Economy Ministry. The proposals mainly concern legislation which, in fact, costs nothing to implement. For some years now we have not been successful in pushing through a law on associations in tourism. Such a law would enable towns and holiday resorts to establish associations based on the principle of public private partnerships (PPP). These associations would allow the combining of public and private resources and planning for the development of tourism in villages, towns and regions.

It is also important to make the Slovak Tourism Board (SACR) work properly. During the last few years the SACR has become something like a public purchaser, paying suppliers of marketing activities with EU funds. Instead, the SACR should carry out these activities itself and gradually build its own know-how in the area of destination marketing.

At first glance it looks great that SACR can use EU funds but on closer reflection this way of operating deforms their activities, for example, SACR cannot use EU resources for the promotion of Bratislava and thus SACR promotes Slovakia but not its capital.

LŠ: A change in the law on the hotel classification system that would break it into categories is needed. According to the current law a hotel can gain points for each type of service. A certain number of points then classify a hotel into a certain category. However, a hotel can gain a much higher number of points if a horse race track is located near the hotel, for example, than for the possibility of paying for services with a credit card.

RW: The development of the ski industry is limited by the complicated legislation, mainly in the environmental field, and by the fact it is subject to too many authorities and sectors. We are making efforts to establish one bureau responsible for coordination of activities in the area of legislation for the whole field of tourism. The institution of a special agency for tourism or a tourism advisor to the PM would be an optimal solution.

Maroš Sýkora: There are problems in the legislation. For example, a law covering tourism is still missing. Such a law is, for example, in Croatia and Austria. Tourism could be one of the main industries in Slovakia, because Slovakia has the prerequisites for this.

Additionally, various laws, rules and directions pertaining to various areas of tourism contradict each other. Slovakia protects about 24 percent of its territory, however, each year the authorities issue about 3,000 to 4,000 exceptions for activities in these protected areas. These legal shortcomings also create room for nontransparent practices.