Hodokvas offers the strange and fascinating

IF YOU'RE planning to travel to Piešťany this coming weekend, be sure to bring your crocodile repellent. The beautiful resort town less than 80 kilometres outside Bratislava is the new site of this year's Hodokvas multimedia festival, and some performers are requesting organisers provide them with more than just a venue. 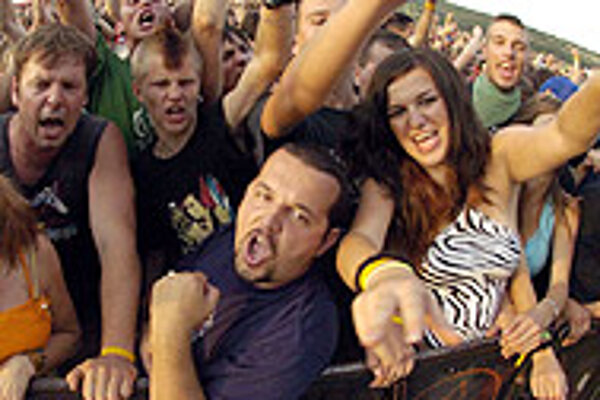 Font size:A-|A+  Comments disabled
IF YOU'RE planning to travel to Piešťany this coming weekend, be sure to bring your crocodile repellent. The beautiful resort town less than 80 kilometres outside Bratislava is the new site of this year's Hodokvas multimedia festival, and some performers are requesting organisers provide them with more than just a venue.

Iggy Popp, the enigmatic grunge singer who shocks as much as he rocks, will headline the music scene with his band The Stooges. True to his style, the "godfather of punk rock" demanded a live crocodile in his dressing room.

"Supposedly, he likes to feed them before each performance," co-organiser Miloš Oríšek told TASR. "Let's hope he's not serious."

What is serious is that over 150 bands, presenting dozens of genres, have signed up for the open-air festival, which will sprawl across several stages. Visitors who want something just as lively, though a little more tame, can wander into any of many tents to view an art exhibition or join a literary discussion.

"[Gulo Čar member] Pavel Dirda, who plays keyboard and writes the arrangements, is a phenomenal composer and musician," Wimbish told the Prague Hospodářské noviny. "I have total respect for him as a musician and, as a producer, I did my best to let his music speak for itself."

For the visual among us, two video art exhbitions by Lucia Tkáčová and Anetta Mona Chisa should light up your eyes. The up-and-coming duo projects a unique brand of provocative social commentary and edgy satire that recently won them the prestigious Oskár Čepan Award for young Slovak artists. Working separately this time, Tkáčová will present a video art exhibition with fellow artist Mira Keratová and Chisa will host a solo display of current video art from the Czech scene.

a discussion hosted by Koloman Kertész Bagala, who runs the LCA publishing agency in Levice. A regular at the Hodokvas Festival, Bagala has put together an eclectic panel of female writers whose lierature communicates the female perspective and sensibility. As a special treat, the writers will also read from their work. The panel includes Daniela Kapitáňová, who's written under the pen name Samko Tále, Monika Kompaníková and poet Zuzana Szatmáry, as well as authors Miriam Landae and Svetlana Žuchová.

The description on the festival's website is downright mystical: "Female literature is sometimes especially female. Or sometimes you buy a book and can't tell the gender of the author. In this discussion, you will meet a pack of good writers and delight in feminine beauty being revealed through good literature."

What:Hodokvas Festival
When: August 17 to 19
Where: Piešťany Airport
For more information or tickets, visit www.hodokvas.sk or www.ticketportal.sk.