A DAMNING report on Slovakia's handling of allegations that Romany women were illegally sterilized well into the 1990s has reopened a painful chapter in the country's treatment of its most vulnerable ethnic minority. 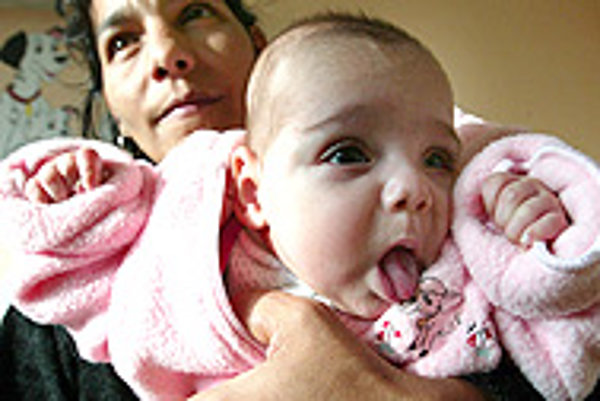 Font size:A-|A+  Comments disabled
A DAMNING report on Slovakia's handling of allegations that Romany women were illegally sterilized well into the 1990s has reopened a painful chapter in the country's treatment of its most vulnerable ethnic minority.

The US-based Helsinki Commission, a human rights watchdog, tabled a report named Accountability and Impunity on August 14 examining investigations into sterilization without informed consent in the Czech and Slovak Republics. It concludes that while the Czech authorities conducted "an unflinching examination" of this sensitive issue, Slovakia's "flawed investigation" merely widened the "chasm of mistrust" between its Roma and non-Roma populations.

Remarkable for its strong language as much as for the gravity of the charges, the report accuses the Slovak government of misleading the non-Roma majority to believe the Roma had fabricated the charges, and concludes that state human rights bodies "utterly failed" to do their jobs.

The review went unnoticed by the Slovak media apart from a brief report on public Slovak Radio, but sent tremors through the new Fico government, especially as it cited statements made by both Prime Minister Robert Fico and his coalition ally Ján Slota, leader of the far-right Slovak National Party, as part of a "disturbing discourse about Romany birthrates [that] continued to blight Slovakia's political landscape".

Slota is infamous for his inflammatory remarks on minorities, and when interviewed by The Slovak Spectator in June 2006 compared the Roma to Kosovo Albanians who, he said, "multiplied like mice".

In his previous unsuccessful 2002 campaign for government office, Fico advocated taking a tough line with the Roma, and promised in June that year to "actively control the irresponsible growth of the Romany population".

When contacted by The Slovak Spectator, Dušan Čaplovič, deputy prime minister for human rights and minorities, said: "I feel no need to comment on what Mr Fico said some years ago". He added that he needed some time to go over the report before commenting on it in detail, but conceded that "these allegations are so serious we may have to reopen the case.

"But I also should add that [Helsinki Commission Co-Chairman and US Congressman] Mr [Christopher] Smith should look at his own problems in his own state [New Jersey], where they have far greater problems with the blacks than we ever had with the Roma. And I know what I'm talking about, because I've been to New Jersey."

The latest report is not so much about the sterilization of Romany women per se - it only summarizes the eugenics movement in communist Czechoslovakia, and sporadic attempts to control Romany fertility following the 1989 revolution - as about how the authorities dealt with allegations that the practice had not entirely been eradicated.

Those allegations were first framed in a 2001 report by the Open Society Institute called On the Margins, and were fleshed out in 2003 by an NGO study on called Body and Soul: Forced Sterilization and Other Assaults on Roma Reproductive Freedom. Based on in-depth interview with Romany women around the country, Body and Soul claimed it had found 140 cases of sterilization without informed consent, 110 of which had occurred since 1989.

While the first account was dismissed by the government, and those making the claims were threatened with charges for spreading alarmist information, the second was too detailed to be ignored, and led to a police inquest.

The Helsinki Commission found that the inquest was deeply flawed. It was limited to the period after 1993, thus ignoring the entire communist era and the issue of compensation for a state policy of Romany sterilization; it focused on the charge of genocide, which is extremely difficult to prove as it requires the intent to exterminate a race; it was accompanied by threats and intimidation of the plaintiffs; and it applied a liberal interpretation of when consent could be judged to have been "informed".

As The Slovak Spectator found in interviews following the publication of the report, social fieldworkers, NGO staff and Roma leaders confirmed all of the Helsinki Commission's findings of the Slovak government investigation, which was shelved by the Attorney General's Office in 2005.

Alexander Patkoló, the chairman of the Slovak Roma Initiative political party, was one of the first people in Slovakia to follow up on the initial Open Society Institute report, filing charges with the police in the case of one female victim, and calling a press conference in 2001 to claim that sterilization of Roma women was continuing under the first Dzurinda government.

His allegations were published by the media, but the fact that he publicly supplied no concrete examples of Roma women who had suffered the procedure weakened his position, and in the end led - ironically - to his being charged by far-right leader Slota with spreading alarmist information for even suggesting that Romany women had been sterilized without their informed consent.

From the position of witness, Patkoló suddenly found himself as an accused in a criminal case. The flip-flop took some of the ardour out of his campaign.

"You know, at the time Slovakia was trying to get into the European Union, and we judged that it wouldn't be appropriate to push things," he said on August 16 when asked why he dropped the matter.

"At the same time, the Dzurinda government had no interest in investigating the issue seriously, and tried to cover it up."

Patkoló said that he had been told about sterilizations without informed consent by "seven or eight women" who had undergone the procedure, and that the one woman whose case he had taken to the police had been sterilized at the hospital in Rimavská Sobota "around 1998 and 1999". The other women, he said, had refused to lay charges.

Nor was Patkoló the only one scared off by the political and police establishment. Vanda Durbáková, whose Poradňa pre ľudské a občianske práva (Advisory Centre for Human and Civil Rights) in Košice collaborated on producing the Body and Soul report, confirmed the Helsinki Commission's allegations of intimidation by police.

"We saw how they intimidated Romany women when they came to the settlements to haul them in for questioning," she said. "They came in police cars with the sirens going, which was shaming for many of the women in the community. We also received reports that investigators took the line of blaming the women for what had happened to them."

The Centre for Reproductive Rights, which also worked on the Body and Soul report, confirmed that investigators had scared the women by telling them they could go to jail if their allegations were not proven, by coming to take them away in cars as if they were accused, rather than sending them notices to appear as plaintiffs, and by threatening to charge the husbands of women who had given birth before age 15 with statutory rape.

"The investigators tended to believe what the doctors told them much more than the women's reports," continued Durbáková. "In some hospitals, especially in Kežmarok, they refused to allow the women's lawyers to examine their health records, the only tangible proof that existed. The women themselves were allowed, but couldn't make photocopies. As most of them were illiterate, they were unable to make anything of what they were shown."

The police investigation eventually turned up only what it called "procedural mistakes" in sterilization operations, a euphemism for instances when doctors had not even secured a signed authorization, and dismissed the argument that illiterate, misled or pain-addled women had been unable to give informed consent to the procedure with the view that Slovak law did not require consent to be informed.

Nevertheless, changes were introduced to Slovak law in 2005 to require consent to be informed, in writing, and issued 30 days before a sterilization operation took place.

Notwithstanding flaws in the state's investigation and handling of the charges, sterilization for Romany women remains a preferred method of birth control, underlining the complexity of the legal and ethical issues involved.

Marta Kulíková, of the Miesto pre každého (A Place for Everyone) civic organization in Veľká Lomnica in the High Tatras, said that many Roma women even today continue to opt for sterilization as a form of birth control after their fourth or fifth child.

"They can't afford anti-conception, their husbands will never wear condoms, and they couldn't afford an abortion," she said. "Many of them therefore tend to ask the doctor to sterilize them while they are in hospital to deliver, as they at least save the cost of an extra hospital stay.

"I know one woman who lived with a husband and three kids in a single room with a single bed, and had a fourth child on the way," she said. "There was simply no room for any more, so after she gave birth she had herself sterilized.

"You can't put all Roma women in one basket. They're not all just kids having kids - there are many mature women who are making such decisions."

Anastázia Stoličná from the community centre in Huncovce in eastern Slovakia said she knew of dozens of cases as described by Kulíková. "There are a lot of women out here with 10 to 13 children, most of whom sleep on the floor because there is no room for them in the family's beds," she told The Slovak Spectator.

"We try to put them in touch with a gynecologist and a health insurance company to get them a free sterilization, because the law says it is free only if there are serious health reasons. Our argument is that not being able to support your children is a serious enough reason.

"The state should do more to help women who want to reduce their birth rate."

- with reporting
by Lucia Nicholsonová

"The report is well written, and I don't mind that they took such a harsh tone. It's a very serious topic that this country needs to deal with.

"There are two parts to the issue: before 1989, when the state financially supported Roma sterilizations - and on this a stand should be taken at the highest level - and then whether sterilizations occurred after 1989. Here I think that the investigation team did a lot of work, but it ended without a clear conclusion, so I'm unable to take a firm position. We have to be very careful to stick to the results of investigations here, even though it's difficult to prove that a woman was sterilized without her informed consent. For that reason I'm very curious to see what [Deputy Prime Minister for Human Rights and Minorities] Dušan Čaplovič will do with the issue."