FOREIGN LAW firms operating in Slovakia won a victory over the local bar association on August 11 when the country's competition authority decided that membership rules issued by the bar two years ago discriminated against the foreign offices and stopped them from freely offering their services. 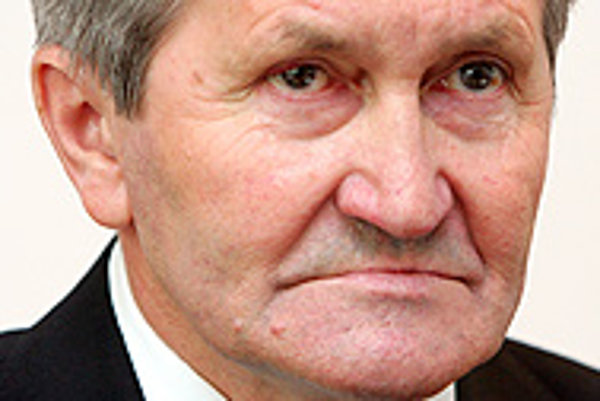 Font size:A-|A+0
FOREIGN LAW firms operating in Slovakia won a victory over the local bar association on August 11 when the country's competition authority decided that membership rules issued by the bar two years ago discriminated against the foreign offices and stopped them from freely offering their services.

The Anti-Monopoly Bureau (PMÚ) also fined the bar Sk100,000 in a ruling that may not be appealed.

The PMÚ found that the rules, which were promulgated by the bar in 2004, contravened Article 81 of the Founding Treaty of the European Community, as well as Slovakia's own Act on the Protection of Economic Competition.

In particular, the Bureau objected to provisions stopping foreign law firms from offering services under their international brand names, or from using the name of a person in their brand names who is not or was not a member of the firm.

For law offices such as Allen & Overy, White & Case or Linklaters, whose founding partners are long dead and never practiced in Slovakia, these rules aimed to prevent them from using the brand names they employ around the world.

Although the rules did not formally have the force of law, in practice they prevented foreign law offices from offering legal services under their current names. The bar, a self-governing body, can set its membership conditions independently, and if a law firm is barred from membership, even over a technicality such as a name, it is not allowed to offer services in Slovakia.

"Rules preventing law offices from having the same names as law offices offering services outside Slovakia, or from using the name of an individual who is not a member of the firm, create conditions for discrimination against foreign lawyers who want to offer services in Slovakia under globally known names," said PMÚ spokesperson Alexandra Bernáthová.

"At the same time, [the PMÚ] is not casting doubt on the right of the bar... to set specific demands and restrictions on how legal services are advertised, we are just saying that these may not be in conflict with the rules of competition."

After the bar passed the offending rules, several foreign law offices united in a joint decision not to change their names, and filed a complaint with the competition authorities to bring an end to what they believed was harassment from the bar.

"We welcome the decision of the PMÚ, because it supports our long-standing interpretation of the competition laws applicable in Slovakia." said Hugh Owen, a partner of Allen & Overy. "We've always been very strong and thorough supporters of Slovakia and the business environment here, we've always helped attract investment here, we've always been a very positive influence on the country. We just wanted to get on with our job."

Democracy and a free market in Slovakia after the Velvet Revolution led, among other things, to an explosion in the number of lawyers practicing in the country. Štefan Detvai, the head of the Slovak Chamber of Advocates (bar), estimates that while only 250 to 270 lawyers were practicing here in 1989, by 2004 the total had reached 3,500.

The increasingly free market, and especially privatization and the influx of foreign capital, also brought foreign law firms to Slovakia, in part to take advantage of the lucrative advisory contracts on offer, and also to continue serving the foreign investors they have formed partnerships with elsewhere.

While initially these foreign law offices enjoyed an uneasy coexistence with the Slovak bar, their capture of advisory contracts on high-profile privatization deals following the 1998 accession of the first Mikuláš Dzurinda government, many in the industry say, angered the bar and led to years of public accusations from Detvai.

The main issue, for the leadership of the bar, was whether foreign law offices were entitled to offer legal services in Slovakia. After studying the rules, the foreign offices had concluded they could legally offer law services under the general heading of "consulting services". Detvai's position, meanwhile, was that because the Advocacy Act of 1990 did not specifically allow foreign offices to practice law in the country, their activities were illegal.

In a 1999 interview with the daily newspaper Národná obroda, Detvai launched his first public offensive against the foreign competition. "Currently, several foreign law offices are active in Slovakia and representing foreign firms. They are doing so illegally, they don't have a legal basis," he said.

"At the same time, they don't know Slovak law, but present the services they offer in such a way that Slovak lawyers by comparison appear to be of lower quality. It's offensive that in many cases they try to use concipients, who are not yet full lawyers. Apart from the fact that they represent unfair competition, foreign law firms are not taxed in Slovakia."

After the New York-based law firm White & Case was selected as the advisor on the country's first major utility privatization, that of Slovak Telecom, Detvai appeared in February 2000 on the nation's most-watched TV station, Markíza, to denounce the firm's activities as "totally illegal", and to promise a criminal complaint against all foreign law offices operating in Slovakia in the same way.

White & Case responded with a public statement to the TASR state news agency. They said they were not offering legal services through a company or a branch of a foreign firm, but instead through White & Case partners or associated members, all of whom were members of the bar or the Chamber of Commercial Advocates.

In August 2001, in an interview with the daily Hospodárske noviny, Detvai again went on the offensive. "The Advocacy Act of 1990 does not allow foreign lawyers to offer legal services in Slovakia," he said.

"Despite that, more than 10 foreign law firms are active in Slovakia, operating as businesses with various fields of activity, but in fact offering legal services. Their services are employed by our banks, even our state institutions.

"We have demanded that until the law is changed they stop offering legal services. We have filed criminal complaints against them for unauthorized business activity. In other fields, if it is clear that someone is doing business without the required permits, he quickly draws a criminal charge."

Despite Detvai's complaints, no charge was ever filed by a state prosecutor against a foreign law office for illegal practice, nor, apart from the White & Case statement, did a foreign law office ever respond to Detvai's accusations in the press. Their low-key approach seemed to have paid off in 2004 with the passage of a new Advocacy Act, which gave a legislative basis for the practice of foreign law firms, but only weeks before it was to take effect, Detvai again went to press to denounce the foreign offices.

"Under the guise of consulting they offer all legal services," he told the SME daily in December 2003. "You would be surprised what enormous sums were paid to foreign law offices by [government] ministries during the privatization process."

Slovakia's current Advocacy Act, which took effect January 1, 2004, for the first time spelled out the conditions under which foreign law firms would be allowed to practice in Slovakia. Under the new terms of the Act, foreign law offices could establish themselves as companies under the same conditions as domestic lawyers, and operate through these companies.

The new rules, which had been in preparation since the first Mikuláš Dzurinda government approved an amendment to the Advocacy Act in 1999, were passed to bring the practice of law in Slovakia into line with European Union norms. Following Slovakia's EU accession in May 2004, lawyers from EU countries were permitted to practice in Slovakia as "Euro-advocates", as were lawyers from OECD and WTO countries, with certain exceptions.

However, some lawyers with foreign offices now say the changes looked better on paper than in practice, and were in many cases held up by obstruction from the bar, which took "months" to register foreign firms, concipients and lawyers.

"Most of these applications were only processed after heavy lobbying," said one foreign lawyer, who asked that his name be withheld. "There seemed to be a concerted effort [from the bar] to erect tank traps."

In other changes introduced by the Act, foreign lawyers, if they want to give advice in Slovak law, must sit bar exams in Slovak. Firms are also required to insure themselves against damages to clients to a level of €1.5 million per member of the business.

Finally, under the Act, the Slovak Chamber of Advocates absorbed the Chamber of Commercial Lawyers, ending the division between advocates and commercial lawyers that had existed since the beginning of the 1990s (commercial lawyers are defined as lawyers who have never represented a client in a criminal case).