Goodbye to golden handshakes for MPs

EMBARRASSED by a law giving some members of parliament lavish severance pay for less than a single day's work, a group of coalition MPs submitted a draft amendment to the legislature at the beginning of August seeking to end the practice. 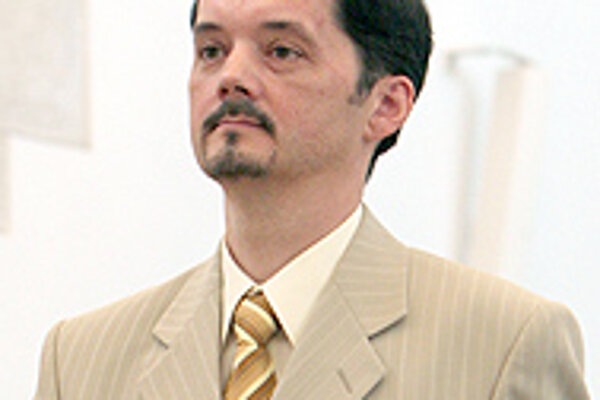 Font size:A-|A+  Comments disabled
EMBARRASSED by a law giving some members of parliament lavish severance pay for less than a single day's work, a group of coalition MPs submitted a draft amendment to the legislature at the beginning of August seeking to end the practice.

The revision came only weeks after the new parliament met for its first session on July 4, when, due to formal procedures, 13 replacement MPs stood in for the ministers in the former Mikuláš Dzurinda government until they were able to officially resign.

Under existing law, the replacement MPs, who sat in parliament for only a few hours, earned Sk260,000 (€6,950) each, equivalent to well over one year's salary at the national average wage. This single day's work for the 13 replacements will caxpayers Sk3.4 million (€90,400).

The proponents of the revision want to change the law so that only legislators who have spent at least five months in parliament are entitled to the money. The severance pay equals five times the MP monthly wage, excluding non-taxed allowances.

The revision would also ban paying severance to the same person several times, as currently happens in cases where a substitute MP returns to parliament more than once during an election term.

"This entitlement [to the severance pay], which represents compensation for the loss of social and work opportunities during the performance of the MP mandate, should not give undue advantage to those MPs who served as replacement MPs several times in an election term, as compared to those MPs who carried out their mandates properly throughout the whole election term," states the whitepaper for the revision.

The proposed revision also mandates cutting off severance advantages to cabinet ministers who remain in their government posts for subsequent election periods. Ministers will also lose their current right to ministerial severance pay if they leave their posts to become members of parliament during an election term.

It remains unclear, however, what will happen if a substitute MP takes a post less than five months before the end of a term. Under the proposed revision, such MPs would not receive any severance at all.

Parliament should deal with the revision at its upcoming session starting on September 5.

The bill is almost certain to pass, as the ruling coalition has the required majority, and several opposition MPs have already signaled they will back the initiative.

Rafaj of the SNS told The Slovak Spectator that he was "convinced that the revision will pass with the support of all parliamentary caucuses, because it is generally accepted and there is a popular demand for addressing the current situation".

According to opposition Hungarian Coalition Party (SMK) MP Gábor Gál, the previous coalition did not change the legislation earlier only because the problem had not been as obvious as during the recent parliamentary session.

Many MPs, including those from the opposition, agreed that the current guaranteed severance payments were too high.

SMK Chairman Béla Bugár said he believed that SMK MPs would support the amendment if it came up for a vote.

The opposition Christian Democratic Movement (KDH) is also likely to back the revision. KDH MP Pavol Minárik said that his party was working on a "very similar" amendment of its own.

Provided that the revision is approved at the upcoming session, it will take effect immediately.

The Slovak Spectator (TSS): The law guaranteeing generous severance pay has been in effect for years but until now no one thought of changing it. What inspired you to prepare this initiative?

Rafael Rafaj (RR): With this revision, MPs from the three coalition parties - Smer, the SNS, and the HZDS - want to resolve several unfair anomalies in the law, particularly in cases where the full severance pay applied to MPs who spent only a few hours in parliament as replacements for outgoing cabinet members at the initial parliamentary session in July.

When the revision is approved, MPs will be entitled to severance pay only if they have worked as MPs for at least five months.

The revision also eliminates the possibility of one MP receiving severance pay several times within one election term.

TSS: Do you think people will welcome such a change? How do you think the public regards the advantages that Slovak MPs enjoy?

RR: I'm convinced that the revision will help increase trust in parliament. With this revision and the expected narrowing of the immunity MPs enjoy from prosecution, MPs will virtually cease to have advantages. There are many advantages in society granted to many people besides legislators, but since MPs are in the limelight, they get all the media attention. We should not go to the other extreme and strip MPs of all their special rights and privileges, but I would certainly welcome it if the public found reasons to view members of parliament in a more positive light.