Ministry price squeeze pits firms against each other

A MEETING between Economy Minister Ľubomír Jahnátek and dominant Slovak energy companies on August 11 failed to yield agreement on a ministry demand for lower energy and fuel prices in Slovakia, and instead ratcheted up tensions within the sector as energy companies dug in to protect their margins. 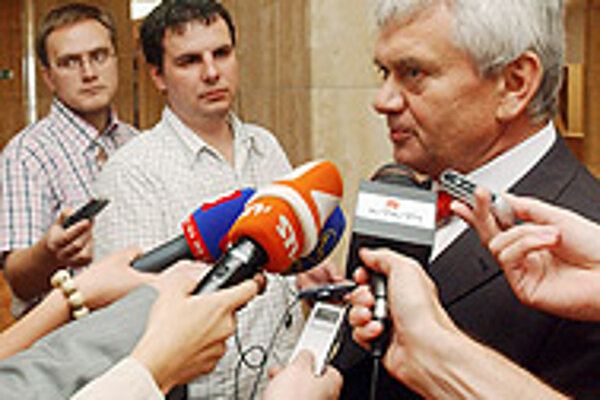 Font size:A-|A+  Comments disabled
A MEETING between Economy Minister Ľubomír Jahnátek and dominant Slovak energy companies on August 11 failed to yield agreement on a ministry demand for lower energy and fuel prices in Slovakia, and instead ratcheted up tensions within the sector as energy companies dug in to protect their margins.

Following the failed talks, the minister set another deadline of August 31 for joint government-corporate expert groups to prepare an agreement leading to lower energy and fuel prices, warning that if the two sides could not come to a mutual agreement, the government might apply "a tougher solution" such as raising taxes on the recalcitrant firms.

The government's demand that energy prices be reduced by 5 percent drew a claim from the dominant electricity producer, Slovenské elektrárne (SE), that the country's foreign-owned distributors are largely responsible for the current high rates.

"The energy profits being racked up by distribution companies are unjustified," said Marco Arcelli, general director of SE, citing his firm's profit of Sk1.7 billion in 2005 against Sk6.5 billion combined for the three distributors, SSE, VSE, and ZSE.

The production and distribution of electricity in Slovakia is separated, with SE selling energy at wholesale prices to the distributors, and they in turn selling it on to households and firms for a fee.

According to the industry regulator, the Bureau for the Regulation of Network Industries (ÚRSO), only 40 percent of the final price of electricity goes towards its production, while 44 percent goes to distribution.

Ján Orlovský, spokesman for west Slovakia distributor ZSE, said he didn't understand why SE was concerning itself with the composition of energy prices. "It's up to the regulator to judge whether distribution tariffs are justified," he said.

The new government of Prime Minister Robert Fico campaigned ahead of June elections on a promise to bring down energy prices in the country, with Fico claiming that "everything the previous government did in the energy sector in Slovakia was energy treason."

Under the previous two Dzurinda governments, stakes in almost all energy companies, including SE, the electricity distributors, and the SPP gas utility, were privatized to foreign companies. The Fico government has accused these companies of being solely interested in profit.

Economy Minister Ľubomír Jahnátek offered recently to buy back the majority stake in SE from the Italian Enel, which finalized the privatization of the utility in April under the second right-wing Dzurinda government, but Enel said again on August 15 it was not interested in selling, and that it still planned to invest about Sk72 billion in increasing production capacities.

Meanwhile, according to a report in the Pravda daily, the market regulator was also preparing to demand that SPP supply detailed information on its requested 15 percent October 1 gas price hike, a process that could postpone the price rise by days or even weeks, and according to SPP cost it millions of crowns in revenues.

SPP Dana Kršáková said that if the company was not allowed to raise gas prices as of October 1, it would be forced to sell below cost, which would violate EU rules on the protection of investments as well as on preventing companies from indirectly subsidizing households.

Economy Minister Jahnátek said after his meeting with the energy companies that "I wouldn't wish it on any country to be in the position that Slovakia is in today," and said that rather than raising prices, energy companies should be at least keeping them at today's levels.

Jahnátek added that the market regulator, which is independent of the government, had "understood that until the end of our talks with these monopolies, it is not good to change prices", even though the regulator by law must rule on SPP's request within 30 days of its July 31 submission.

Despite the government pressure on the energy companies to cut prices, SE's Arcelli said he did not believe that the policies of the current socialist government were a threat to foreign energy investors.

"Slovakia is a part of the European Union, so I don't fear any radical changes that might endanger the business climate," he said in an interview with the SME daily.