THE NEW Slovak government led by Prime Minister Robert Fico has finally made up its mind as to whether Slovakia will be ready to switch to the euro on schedule at the beginning of 2009. 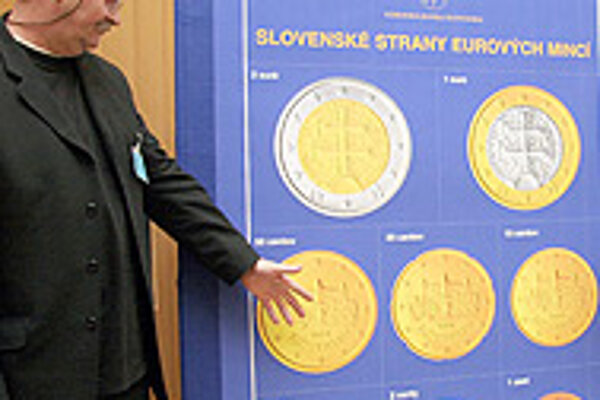 Font size:A-|A+  Comments disabled
THE NEW Slovak government led by Prime Minister Robert Fico has finally made up its mind as to whether Slovakia will be ready to switch to the euro on schedule at the beginning of 2009.

"The aim of the finance minister is to fulfil the Maastricht criteria and to adopt the euro on the set date of January 1, 2009," Finance Ministry spokesman Miroslav Šmál told The Slovak Spectator.

During the first days of his government Fico was less definite in his declarations, saying that the euro would be adopted on schedule only if it was advantageous for Slovakia. As the crown tumbled in value on these earlier statements, the National Bank of Slovakia (NBS) was forced to intervene several times to prop up the currency and keep it within the fluctuation band of 15 percent around its central parity.

But Fico now says he is convinced that Slovakia will be able to meet the standards by the date previously approved by the outgoing government of Mikuláš Dzurinda.

New Finance Minister Ján Počiatek went so far as to tell the Financial Times he would resign if Slovakia is not able to keep its date for the euro adoption.

Some analysts, however, are not convinced that the switch will come as smoothly as hoped. According to MP Ivan Mikloš, the former finance minister, the cabinet cannot fulfil the Maastricht criteria for the euro adoption and at the same time fulfil the promises contained in the new cabinet's programme, which include major increases in social benefits. According to Mikloš, these benefits will increase state spending by Sk50 billion to Sk100 billion (€1.33 billion to €2.66 billion).

The Finance Ministry claims that the growth of the Slovak economy, which hit 6.6 percent y-o-y in the second quarter, and projected savings in state administration costs, should cover the increase in social spending.

Šmál added that the cabinet's programme and the goals it contains are set for the entire four years of the election term, not just the first year. "The cabinet's programme is designed to meet the Maastricht criteria and adopt the euro in January 2009, which is crucial for this government," he said.

The NBS has signalled it does not expect changes in the timetable approved by the former government, and still believes the euro will be adopted on schedule.

"Nothing has changed in the plan," said NBS spokesman Igor Barát. "The new cabinet has also confirmed the date of January 1, 2009 in its programme. The NBS considers this date realistic as long as Slovakia fulfils the other criteria."

The "other criteria" Barát referred to, collectively known as the Maastricht criteria, include keeping the national debt under 60 percent of GDP, the general government deficit under 3 percent of GDP, and inflation within 1.5 percentage points of the average of the three best-performing members of the EU.

Inflation is the main concern of the NBS. "Inflation is influenced by factors which the central bank cannot control, such as the cost of raw materials, especially oil prices, which have grown significantly recently," Barát said.

Average CPI inflation has spiked from 2.7 percent in 2005 to a forecast 4.6 percent in 2006, while the NBS has bumped up its key rates three times this year already, with another rise to 5 percent expected this fall.

On the other hand, the Fico government's resolution on August 16 to limit next year's budget deficit to a Maastricht-friendly 3 percent of GDP was regarded by domestic analysts as an important signal the government was serious about making the euro grade.

In a recent Reuters poll, analysts warned that a waning commitment to fiscal targets under the new government would likely delay the country's eurozone entry.

Eighteen of 29 economists polled said they had changed their forecasts after elections this year in the Czech Republic, Slovakia and Hungary and the emergence of a new coalition in Poland - the four largest of the 10 new EU members - because of increased concerns about budget deficits.

The economists projected that budget deficits would push back the Slovak adoption of the euro by a year to 2010. Thirty percent also predicted that the newly-elected government would announce a postponement of its current 2009 target within the next six months.

According to the Reuters poll, even though PM Fico has promised to stick to the 2009 euro adoption goal, economists are concerned as to whether the coalition between his leftist Smer party and far-right nationalists will accomplish what is necessary to enter the euro zone on schedule. But the forecast still indicated only a 10 percent risk that Slovakia would drop below the ERM-2 standard in the next six months.