EVEN THOUGH the name Cap á l'Est means The Road to The East in English, this European festival of poetry, theatre and music has shifted its focus westward this year, all the way to the Caribbean. 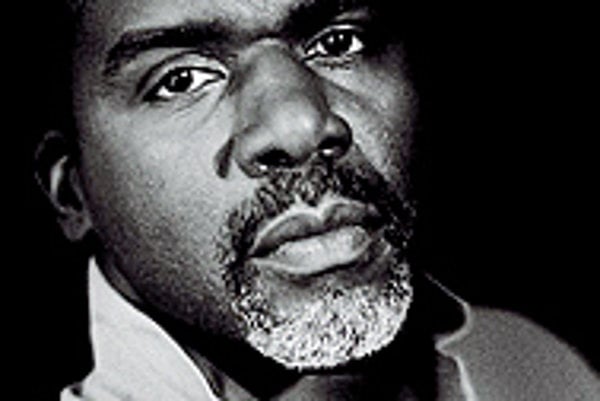 Font size:A-|A+  Comments disabled
EVEN THOUGH the name Cap á l'Est means The Road to The East in English, this European festival of poetry, theatre and music has shifted its focus westward this year, all the way to the Caribbean.

Antillean and Slovak culture, as well as the aroma of Antillean cuisine, will fill Banská Štiavnica between August 23 and 27.

The main theme of the festival's fourth year is Remote Europeans.

"The festival has remained in Europe because there are people here who speak French, follow European laws and pay with euros," the festival's executive director, Antónia Miklíková, said.

"It examines the culture of Europeans who live overseas in the Antilles - on the islands of Guadeloupe and Martinique, which still belong to France," said Miklíková, a Slovak actress living in France, to The Slovak Spectator.

"We have decided to show something different that Slovaks do not know a lot about and, at the same time, to promote Slovakia."

In some ways, the festival functions as a workshop for attending artists. They arrive in Banská Štiavnica to work on repertory pieces and add new meaning to them. This process often results in multi-language performances. But as Miklíková said, spectators need only be open to other cultures to be able to gather the meaning from body language or music.

In the meantime, the artists can spend the few days in Banská Štiavnica before the festival opens acquainting themselves with Slovak culture. This year, for example, a performance by the folklore dance and music ensemble Šarišan will help them in this.

The festival started in 2002 as a way to help artists from Eastern Europe find their place in a newly unified Europe, and to connect them with the West. As this is no longer necessary, the festival now serves as a platform for dialogue amongst artists, and a cultural exchange.

"We took over from countries more mature in the culture system, and we probably gave them something new that they had already forgotten," Miklíková said.

The first evening of the festival will be dedicated to the Senegalese poet and human rights advocate Léopold Sédar Senghor to commemorate the 100th anniversary of his birthday. The event will feature a mixture of poetry and music and including, among others, Frenchman Tony Moisés, who will read Slovak texts. Senegalese musician Eloi Cissoko will play the kora, a traditional guitar-like instrument from Senegal, and Slovak musician Dodo Šošoka will improvise on percussions.

Also this year, the festival will provide a treat for those who cannot afford to buy tickets to the festival: Steel Band Panasuk. Its musicians play steel drums, which originated on Trinidad in the 1930s. The people there started to play on oil barrels, then shaped them with a hammer to produce varying tones. Interestingly, the steel drum was the only musical instrument designed during the 20th century.

"It is a typical Caribbean instrument. It creates an atmosphere that makes you think of sun and the seaside," Miklíkova said.

"We have not played in Eastern Europe yet, so we are curious how the melancholic Slavic spirit will respond to tropical music," orchestra manager Alex Callin said. "I hope we will make people dance."

A festival inspired by French culture would be remiss without French chansons. Therefore, Enikö Szillágy, a charming ethnic Hungarian from Romania, will perform them in a Jesuit chapel.

The festival will also pay homage to the traditional instrument of Slovak shepherds, the fujara. As part of an experimental project called Fujara's Chimeras, Slovak fujara players will play works written exclusively for this festival, accompanied by John Kenny on a unique instrument called a carnyx.

The festival also traditionally highlights Roma culture. This year, singer Ida Kelarová will be the guest for an evening dedicated to Roma poetry, From Shroud to Swaddling Clothes.

A novelty of the current year is a selection of documentary films and exhibitions. Director Tina Diosi has prepared a collection of three Slovak documentaries related to poetry, theatre and culture. The exhibition Poetry in Movement will feature the Slovak National Theatre Ballet and the exhibition LS Senghor, His Life will highlight the ex-Senegalese president's most important moments.