THIRTEEN-YEAR-OLD Simona is like many other girls her age: chatty, irrepressible and full of hope. From her family's cramped one-room flat in Detva, near Zvolen - where she lives with her siblings and unemployed parents - she dreams of becoming a pop singer, like her idols on Slovakia Searches for a Superstar. 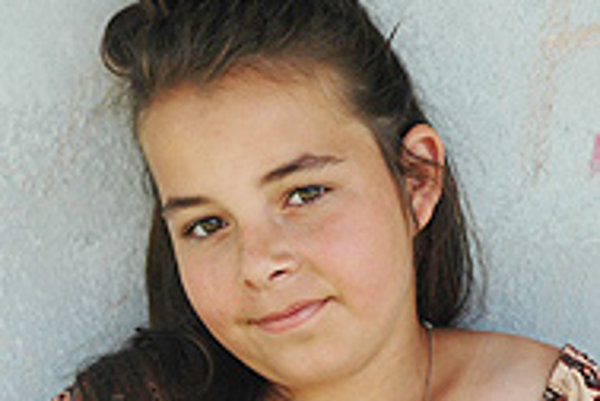 Font size:A-|A+  Comments disabled
THIRTEEN-YEAR-OLD Simona is like many other girls her age: chatty, irrepressible and full of hope. From her family's cramped one-room flat in Detva, near Zvolen - where she lives with her siblings and unemployed parents - she dreams of becoming a pop singer, like her idols on Slovakia Searches for a Superstar.

But two key elements, other than her beautiful smile, distinguish Simona from her peers: she truly is talented and she is Roma.

Simona is one of forty gifted Roma children from central and eastern Slovakia enrolled in Wild Poppies, a fledgling charity sponsored by the Slovenská Sporiteľňa Foundation, that's already turning heads in the business and social services communities.

Modeled on similar successful programmes abroad, Wild Poppies is the first charity in the country to use the "adoption from a distance" principle, which enables donors to select a child like Simona and sponsor their artistic and academic development for at least one school year. The children range in age up to 16 and are talented in the arts, academics, sports, or foreign languages.

"Unemployment is endemic within the Roma community because fewer than one percent have a high school or university degree, and they are segregated from society," Barbora Kohútiková of Pro Donum, the organisation that administers Wild Poppies, told The Slovak Spectator. "Improving children's lives through education, working with their families and helping them to integrate into the majority population is the only way to break down the barrier of prejudice."

Also setting Wild Poppies apart is the participation of Dr. Zuzana Kumanová, a widely respected ethnologist and expert on Roma history and culture. Based on her advice, Wild Poppies began its programme by asking teachers in primary schools in the Nitra, Banská Bystrica and Prešov regions to recommend their most talented Roma students.

"I've heard people say many times that Roma parents don't send their children to school, but it's not true," Kohútiková said. "Children aged 7 to 15 must attend school in Slovakia. Perhaps missing a day or two happens, but if it's more than that, the authorities are required to investigate, even in the east, and would take away any child not being sent to school."

The recommendations produced a list of 69 eligible children, who were then evaluated by a team of seven experts - a psychologist, who measured motivation, diligence and respect for authority, and six experienced artists, one from each of the artistic fields.

The evaluation narrowed the number of children down to forty, the smiles that now light up the Wild Poppies website.

Wild Poppies is now in its pilot phase, and has made donating simpler and more effective than ever. Donors can browse the children's profiles online and begin their sponsorship with just the click of a mouse.

"Pro Donum's overhead is paid by its sponsors, so none of the donations, not a single crown, is spent on administration," Kohútiková said. "All of it goes to the children."

Which is good news for children like Erik, a sweet and quiet 10-year-old piano player from a very poor family in Hlinné, near Michalovce. Though a weak student academically, Erik has a natural talent for music, and learned to play from his father, a self-taught amateur who can't read music but plays by ear. Donations for Erik would provide him with lessons from an arts school, travel expenses and appropriate clothing for recitals and competitions.

Once a child receives support, a social worker (called a "tutor") is assigned to monitor their development. Each tutor works with between 5 and 7 children, checking on their lessons and writing progress reports for their donors. Many of the tutors are Roma, and Pro Donum is trying to hire more.

"We have a very strict 'three strikes, you're out' policy when it comes to attending the financed activites," Kohútiková said. "If a child misses a lesson three times without a legitimate excuse, they are removed from the programme and someone from the waiting list is enrolled."

Wild Poppies holds itself to an equally high standard for providing donors with clear and convincing proof their money is being well spent.

"Each child's online profile displays an amount of money and a link," Kohútiková explained. "Clicking on the link directs you to a Microsoft Excel spreadsheet with an itemised list of expenses. Once support begins, the donor receives receipts that match, crown for crown, the activities and costs listed on the spreadsheet."

Wild Poppies is also seeking celebrity endorsements. It received a major boost earlier this year when Regina Ovesny-Straka, the CEO of Slovenská Sporiteľňa and chairwoman of its foundation, agreed to sponsor 12-year-old dancer and actor Róbert Sendrei.

Another boost came from famed Slovak photographer Jakub Klímo, who will lend his support by taking artisitic photographs of the children that they can send to their sponsors.

Future plans call for expansion of the programme to the whole country and an advertising campaign that shows famous hockey players, opera singers and talk show hosts holding hands with Roma children and sharing personal stories of compassion and pride. Wild Poppies hopes this will help to shatter stereotypes and normalise intercultural relationships.

But Wild Poppies knows the foundation of pride must start from within the children, who should look to examples of brilliant Roma musicians like Slovak violinist Ján Berky Mrenica and the legendary blues guitarist Django Reinhardt.

"We asked many of the children if they knew where Roma came from originally," Kohútiková said, "and they didn't know. It's important for them to be proud of who they are, not to try to hide it or be ashamed. They're something special and different, and they have to know that's OK."