Justice Králik: "We have the right to be proud"

IGOR Králik, the chief justice of Slovakia's Special Court, hopes that Justice Minister Štefan Harabin will not abolish the institution as he has threatened to do. Králik believes that the Special Court is an effective means of handling complicated organized crime and corruption cases, and that the court has already proven its worth. 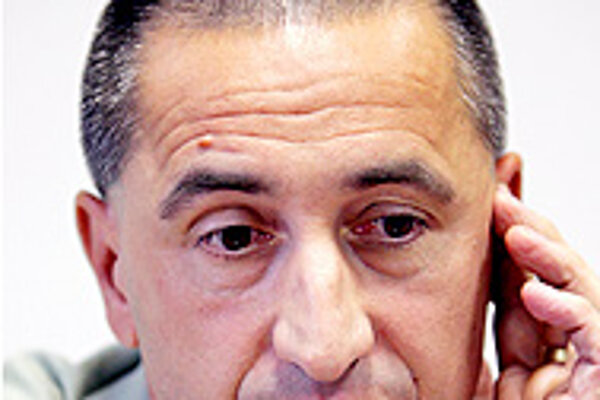 Font size:A-|A+  Comments disabled
IGOR Králik, the chief justice of Slovakia's Special Court, hopes that Justice Minister Štefan Harabin will not abolish the institution as he has threatened to do. Králik believes that the Special Court is an effective means of handling complicated organized crime and corruption cases, and that the court has already proven its worth.

Králik spoke to The Slovak Spectator on August 22.

The Slovak Spectator (TSS): What happens if the ministry shuts down the Special Court?

Igor Králik (IK):The abolition of the court would mean that those cases that are in progress would be transferred to courts based in regional capitals, which would overburden the caseloads of these courts. These courts lack the required staff to handle such caseloads.

There would also be a real danger that the accused now in custody - such as [pyramid scheme operators] Vladimír Fruni and Marián Šebeščák, the acid gang and the Devín Banka culprits - would be released after their custody term ends because their cases would have to be started all over again with new [judicial] senates.

TSS: The Justice Ministry told The Slovak Spectator that it was still considering various options in connection with the Special Court, and that it is not sure that the court will actually be shut down. What is the likelihood that the court will survive?

IK: I can't really answer that question. I only know that canceling this court would be a big step backwards. The doors to corruption and organized crime would again be opened, and it would also send a bad signal abroad. I hope that this worst-case scenario will not take place.

TSS: Justice Minister Štefan Harabin says that one of the reasons behind this initiative is that the Special Court is ineffective and costly. He specifically mentioned the high wages of Special Court justices, and the Sk450 million that was spent on founding the court...

IK: The wages of the justices are defined by law and were approved by the Slovak parliament. We justices did not initiate this. I have said hundreds of times that a great majority of the Special Court justices came to this court at a time when the wages were much lower. Why is someone scorning us for something that we could not have influenced? As far as the court building is concerned, it is true that it is one of the most secure buildings in Slovakia, which is probably reflected in the cost. But this was a one-time investment.

TSS: Have you discussed these issues with the minister in person?

IK: I have not met with the minister, although immediately after he assumed his post I sent him a congratulatory letter noting that he is welcome at the court any time. I think it would be much more constructive to talk in person to resolve these issues. The door is still open for the minister at our court.

TSS: What cases has the Special Court resolved that would have been difficult for regular courts to handle?

IK:The public is familiar with such cases as the acid gang [in which the culprits dissolved the bodies of their victims in sulphuric acid] and Devín Banka [whose bankruptcy and subsequent asset-stripping resulted in three murders], in which four special [life sentence] verdicts were issued within one year. These were extremely complicated cases with huge case files tens of thousands of pages long. I think we have a right to be proud that these cases were resolved at the Special Court without delays, especially considering the number of witnesses and the complexity of the evidence, which was extremely demanding. I dare say that at regional courts, which are already overloaded, such a result could not have been achieved in a year. I am convinced that our court should deal with such cases, because it is better equipped to handle them in terms of both staff and security.

TSS: What is the main strength of the Special Court?

IK: I believe the main reason the court was set up was to cut regional connections [between criminals and the judicial system]. In Slovakia, where everyone knows everyone, these ties are really a major problem. There was not a single attempt during the existence of the Special Court to influence justices, because it is now known that it would be useless. Only once did a woman working for the SIS secret service, known as agent Kováčová, try to do so, but we immediately demonstrated that we would not let anyone interfere with our decision-making independence.

Every Special Court judge has undergone a screening at the National Security Bureau (NBÚ) for top-secret clearance, and only morally upstanding people can work here.