FORMER Justice Minister Daniel Lipšic's claim last week that the new Robert Fico government is "mafia-friendly" is a cinch for the most memorable quote of the year. Coming as it did after the dismissal of the country's top anti-mafia cop and the leaking of a plan to scrap the Special Court for organized crime cases, the phrase expressed what many Slovaks feared most - that the Fico cabinet would let the mafia back into public life after strenuous efforts to expel it. 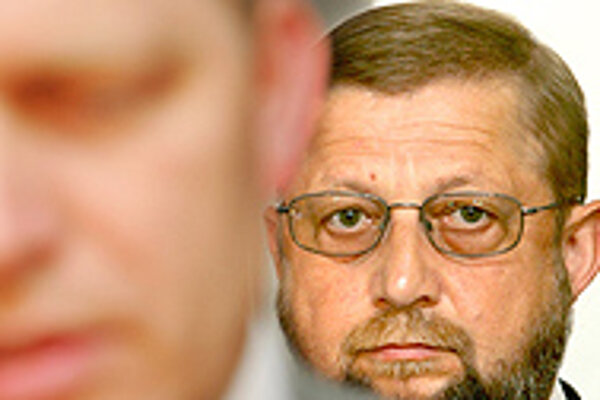 Font size:A-|A+  Comments disabled
FORMER Justice Minister Daniel Lipšic's claim last week that the new Robert Fico government is "mafia-friendly" is a cinch for the most memorable quote of the year. Coming as it did after the dismissal of the country's top anti-mafia cop and the leaking of a plan to scrap the Special Court for organized crime cases, the phrase expressed what many Slovaks feared most - that the Fico cabinet would let the mafia back into public life after strenuous efforts to expel it.

And yet, in other ways, this government is not as bad as many feared, especially in terms of fiscal policy and taxes. Despite vowing to trash Slovakia's elegant flat tax system, including introducing progressive income taxes on wealthy individuals, the government now seems to favour a far less invasive reworking of the basic tax-exempt amount to achieve the same effect. Under the new plan, people making over about Sk50,000 a month would have progressively less of their income considered tax-exempt, meaning they would pay up to Sk17,000 a year more in taxes than low-income groups. It's a smart if non-standard compromise that would achieve the social "solidarity" Fico preaches without overturning the flat-tax principle or giving rich people an incentive to dodge their dues.

In the same way, nothing has come of promises to re-introduce a tax on dividends, although according to tax analyst Renáta Blahová, writing in the Týžden weekly, this is probably because Fico's tax architects forgot about the EU's "mother-daughter directive", which forbids dividends from being taxed at firms with at least 15 percent ownership by a mother firm in another EU country. In other words, the promised tax on dividends would only have hurt wholly Slovak-owned firms, which is likely why the idea was dropped so abruptly.

The same goes for the putative tax on monopolies - the selective taxation of foreign-owned monopolies would violate the EU's Treaty on European Companies, which makes the idea unworkable

in practice, even if it was included in the government's programme manifesto by Fico's tax stooges. Nor, by the way, is there any move afoot to restore the inheritance tax or real estate transfer tax. In other words, the tax system introduced by the former Dzurinda government will probably be left largely intact.

So why would a government so sensible on the issue of taxes act so provocatively on organized crime? What are we to make of an administration that contains such a reasonable foreign minister as Ján Kubiš, the former head of the OSCE, and such a loose cannon as Ján Slota, the Hungarian-baiting leader of the far-right Slovak National Party?

Various explanations were earlier advanced in defence of an improbable but popular theory, that Fico would ultimately be held back by saner minds from self-destructing and taking the country with him. His sponsors, many argued, were pragmatic business people who would keep him on a short leash, at least economically, to protect their own interests. Others maintained that a core of broad-minded Young Turks in the cabinet, such as Interior Minister Robert Kaliňák, would carry sufficient weight to stifle the government's worst impulses.

This theory, however, was blasted when Kaliňák fired police anti-mafia chief Jaroslav Spišiak for no reason other than that he was good at his job, while Kaliňák's friend and business partner, Finance Minister Ján Počiatek, was unable despite all the gravitas of his 32 years to stop Fico from shredding his 2007 budget proposal and publicly snubbing his more fiscally responsible ideas. So much for the Young Turks and the voice of reason.

In a similar vein, Fico's sponsors are unlikely - now - to say anything about his policies as long as they get a chance to feed at the trough. With the prime minister riding a mystifying crest of popularity (his Smer party had over 41 percent approval in one August poll), even the largest sponsor would be reluctant to cross him and risk being blacklisted.

It's early days yet, but the apparent personality split in the new Fico government seems not so much balanced between good and evil as tilted heavily towards the latter, and tempered more by incompetence than common sense. At the dark end of the spectrum are throwbacks like Justice Minister Štefan Harabin and whatever creatures the SNS nominates to the posts it controls. Former Great White Hopes like Kaliňák have been a vast disappointment, while the best of the rest - Kubiš, Defence Minister František Kašický, and Počiatek tax advisor Richard Sulík - may prove to few to make a difference. And that's even before we find out who will be taking over at crucial state institutions such as the Anti-Monopoly Bureau and the National Security Bureau, or filling the top posts in the SIS secret service.

Unlike the 1994-1998 Mečiar years, when démarches and diplomatic notes represented the only tool the international community had for keeping Slovakia's government in line, the country's integration to the OECD, NATO and the EU in the intervening years now provides a stout defense against the authoritarian abuses we saw a decade ago. While this fact alone should be enough to reassure foreign investors, Slovaks are unlikely to find comfort in the notion that eight years after Mečiar was seemingly sent packing, the country still needs saving from his brand of politics.