A REPORT published in Britain showing that almost half a million workers from eight new member states of the European Union had registered to work in the country since May 2004 - far more than predicted - has led to widespread calls for restrictions on workers from Bulgaria and Romania, which are due to join the EU in 2007. 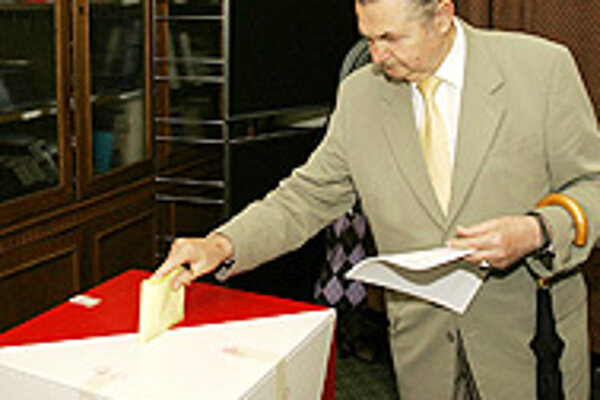 Font size:A-|A+  Comments disabled
A REPORT published in Britain showing that almost half a million workers from eight new member states of the European Union had registered to work in the country since May 2004 - far more than predicted - has led to widespread calls for restrictions on workers from Bulgaria and Romania, which are due to join the EU in 2007.

Home Office figures published on August 22 showed that 447,000 migrant workers had arrived in Britain from the former communist countries that joined the EU in the most recent enlargement wave two years ago.

The government statistics do not include self-employed workers, especially in the construction trades, who it is believed bring the total closer to 600,000.

Another 500,000 migrant workers from new EU member states are believed to be in the country illegally, according to an unofficial Home Office estimate cited last year by the Sunday Times.

The British government originally forecast that only 5,000 to 13,000 new immigrants would arrive each year after enlargement. The difference between the projections and reality - especially with unemployment rising in Britain - has led to calls for limits on labour migration.

Britain was one of only three original-15 EU members, along with Sweden and Ireland, not to limit migration after May 2004.

Shadow Immigration Minister Damian Green from the opposition Conservative Party called for immigration to be controlled after the Home Office data were released.

"These figures make it all the more urgent that the government takes an early decision on the issue of Bulgaria and Romania entering the EU," he said. "It's vital that we learn the lessons of the unprecedented numbers who came into this country after the last expansion of the EU.

"Controlled immigration makes life much better for everyone involved."

But Tony McNulty, the minister for police and security, said Eastern European workers were benefiting Britain "by filling skills and labour gaps that cannot be met from the UK-born population."

Farmers and entrepreneurs in East Anglia - where 15 percent of the migrants have settled, more than in London - said that the local economy, especially the food industry, would suffer without migrant labour.

"Our sector would struggle, especially intensive crops like soft fruit and salad. It would find it difficult to function without those people there to do the work," said former Norfolk Farmers' Union Chairman Richard Hirst, as quoted in the Norfolk Eastern Daily Press.

Many other migrants work around the country in traditional low-pay industries such as waitressing, catering, cleaning, the health service and factory work - areas where employers often struggle to find recruits.

Colin Yeo of the Immigration Advisory Service said many of these industries would collapse if not for the influx of EU labour.

"Employers are crying out for immigrants from Eastern Europe because they just can't fill jobs," he said. "You don't find British people queuing up for jobs as bone breakers or fish filleters."

The 64,980 registered migrant labourers who have settled in East Anglia, according to the Home Office, compares with 58,580 Eastern European workers in London and 51,370 in the Midlands.

In Britain's northeast, including Yorkshire, more than 40,000 have arrived in two years. There are now so many Poles in Selby, North Yorkshire, that the local council has printed electoral forms in Polish for the first time.

In Scotland, 32,000 Eastern European migrants have arrived, including 5,000 to Glasgow, where the city council has produced a brochure in Polish and Slovak to inform migrants of their rights and responsibilities as tenants.

"There should be no more than two people in each room of your home," the brochures read. "If you overcrowd, it causes problems with safety and neighbours. You could be evicted.

"It is important everybody in Glasgow takes care of their surroundings and gets on with their neighbours and other people in their area.

"It is important to look after your home and keep your house clean and in good repair. You should not use your home as a workshop or for storing."

The Migrationwatch think-tank, which campaigns against mass migration, has predicted that 300,000 Romanian and Bulgarian workers could arrive in the UK over a 20-month period unless access to the labour market is restricted. Other think-tanks expect far fewer migrants, however.

Migrationwatch Chairman Sir Andrew Green said: "There is clearly a continuing massive flow of migrants from Eastern Europe. The case for placing restrictions on Romanians and Bulgarians is now unanswerable."

McNulty did not rule out the possibility of restricting Bulgarian and Romanian migrants by slapping "transitional periods" on free movement, much as most EU members did two years ago. The government is to decide the matter in September.

"We have yet to take a decision as to what access Bulgarian and Romanian nationals will have to our labour market when they join the EU," he said.

"Any decision will be based on objective factors including an evaluation of our labour market needs and the impact of the A8 accession, but also the position of other member states."