NOWHERE has Slovakia's over six percent economic growth left a deeper footprint than in the construction sector, which has recorded double digit advances for three years in row, and is now even facing a shortage of skilled labour to perform the work contracted. 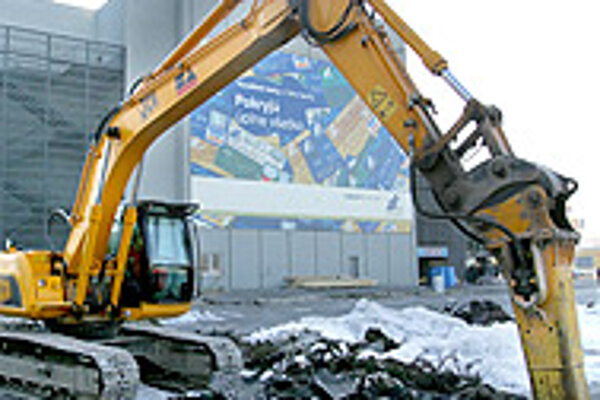 Font size:A-|A+  Comments disabled
NOWHERE has Slovakia's over six percent economic growth left a deeper footprint than in the construction sector, which has recorded double digit advances for three years in row, and is now even facing a shortage of skilled labour to perform the work contracted.

"Our expectations that the favourable economic environment would attract investors and create a need for construction investment were fulfilled. It looks like many construction companies will surpass their planned production this year as well," Ján Majerský, president of the Association of Construction Entrepreneurs of Slovakia (ZSPS), told The Slovak Spectator.

"If the favourable economic environment continues, and if the cabinet does not worsen the situation with payroll taxes and investment incentives, we expect further growth in investments in the construction sector."

According to a market analysis by the J&T Group developer, the construction sector was boosted in 2005 by road construction, the development of industrial and logistical parks, the building of office and retail space, and especially by housing construction, where about Sk50 billion was invested.

All this growth was funded mainly through foreign investment, EU funds, state spending on transport infrastructure, and mortgage loans granted to individuals.

"This massive rate of construction has not been seen in Slovakia since the communist regime, and will continue in 2006 as well," reads the analysis.

Data released by the Statistics Bureau for the first six months of 2006 showed that construction activity increased 15.2 percent from the same period in 2005.

However, such a high rate of growth doesn't come without problems, the most serious of which is a shortage of qualified labour for both manual and middle-management positions. With Slovaks increasingly seeking work in other EU countries, especially Britain and Ireland, domestic employers are finding themselves having to look east for the labour it needs.

"For this reason, the association is open to the idea of importing labour from abroad, mainly from Ukraine," Majerský said. "From this point of view, something will have to be done with regard to Slovakia's immigration policy.

The situation is much the same in Poland, where according to the TASR news wire 40 percent of construction firms have complained that a shortage of labour is restraining growth. The Polish labour office reports 57,000 available jobs, with construction sector, machinery and steel factories most in need of workers.

Construction firms in Slovakia employed 156,000 people as of the end of June, up by 7.8 percent year-on-year, according to the Ministry of Construction and Regional Development. Labour productivity, as measured by output per employee, was up by 8 percent in June year-on-year. On the other hand, the average monthly salary in the sector rose only 5.5 percent in nominal terms to Sk14,637, or 0.9 percent in real terms.

A July poll by the Statistics Bureau showed that construction firms expect an increase in output in the next three months. Construction companies from Nitra and Košice regions expect greater activity than firms from other regions.

In the poll, respondents highlighted financial limitations, the lack of qualified labour, competition, and high payroll taxes as the most important barriers to growth in the construction sector, although 42 percent of companies said they faced no barriers. Two thirds of respondents expected that construction prices would grow, while 41 percent expected a growth in employment in the sector.

According to the poll, construction firms had an average of eight months worth of contracted work, with firms involved in housing construction boasting an average of 12.7 months of work. From the regional point of view, firms in Trenčín, Žilina, and Bratislava had the most work lined up.