AS A WAVE of nationalist-driven assaults and insults continued in Slovakia against ethnic Hungarians last week, a senior cabinet official accused the opposition Hungarian Coalition Party (SMK) of taking part in a "campaign" to "discredit Slovakia, the government of Slovakia, and the political forces that support it". 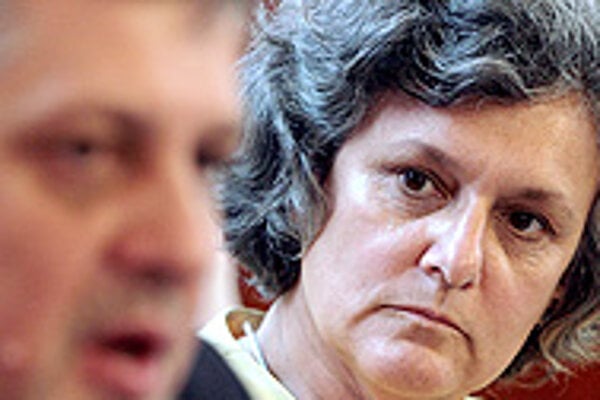 Font size:A-|A+0
AS A WAVE of nationalist-driven assaults and insults continued in Slovakia against ethnic Hungarians last week, a senior cabinet official accused the opposition Hungarian Coalition Party (SMK) of taking part in a "campaign" to "discredit Slovakia, the government of Slovakia, and the political forces that support it".

Slovak Foreign Minister Ján Kubiš made the accusation after a cabinet meeting on August 30. While he said he didn't know who was behind the alleged campaign, "I do know one thing, that SMK representatives are in Budapest almost every day, where they meet with the representatives of various political forces.

"It's impossible not to notice that SMK representatives in Slovakia are helping to prepare and consult this campaign. I believe this is a fundamental mistake [by the SMK].

While the SMK rejected the allegations and said it was only trying to calm tensions between the two countries, Kubiš' words were consistent with the apparent reluctance of the Fico government to make a clear statement condemning the incidents of violence.

Following the display of anti-Slovak banners at football matches in Budapest and a video featuring the burning of a Hungarian flag earlier in August, police in Slovakia arrested two men for holding up an 11-metre banner saying "Death to Hungarians" during a football match in Banská Bystrica on August 26.

The day before, two unknown culprits, reportedly with shaved heads, attacked a 23-year-old student in Nitra in southwestern Slovakia as she was speaking in Hungarian. The woman was beaten, her mobile phone was stolen, and her attackers tore her earrings from her ears. They also forced her to take off her shirt and wrote "Hungarians Back Over the Danube" on the garment.

On August 27, a 20-year-old male in the southern Slovak town of Sládkovičovo was attacked by two 18-year-olds while speaking Hungarian to his friend. He was taken to hospital with lung and chest injuries.

The Sme daily also reported that a man was beaten up in Komárno in southern Slovakia on August 24 for speaking Hungarian, while "Hungarians Back Over the Danube" was spray-painted on a door in Nové Zámky.

When called on by Hungarian PM Ferenc Gyurcsány on August 26 to condemn the attacks and the rising anti-Hungarian mood in Slovakia, however, Slovak PM Robert Fico said that Slovakia did not need to be told what it to do in such situations.

"I don't need any appeals to respond to what Mr Bugár wants, or to what Mr Gyurcsány wants. I don't accept [Slovakia's] being told by anyone what we should and what we should not do, and what the Slovak government should look like," Fico said, referring to a demand by Hungarian Social Democratic politician Hiller that Fico's Smer party reconsider the presence of the far-right Slovak National Party in Slovakia's coalition government.

"We are a sovereign nation in a sovereign state," Fico continued. "We know what we have to do to combat extremism and hate crimes. The government realizes that extremism in Slovakia as well as in Europe as such is very dangerous, and it will also act in line with this."

Fico also accused the SMK of using the topic for political purposes.

"The SMK has failed in the social area [while in government from 1998-2002], and is now looking for another topic instead," Fico said.

The government's stance was condemned by both Hungarian and European politicians.

"These incidents can damage Slovakia if the government does not take a clear stance on them soon," said Hannes Swoboda, the deputy chairman of the club of socialists in the European Parliament, for the Hospodárske noviny daily on August 30.

"This policy of silence must end," Gyurcsány agreed. "It's not enough to distance oneself [from the events]. PM Fico must clearly condemn all that has happened in the past months and what happened yesterday [the attack in Nitra].

"Somebody let the genie out of the bottle. This is apparently a series of incidents, and it is apparent that anti-Hungarian statements and actions are on the rise."

The Hungarian government even summoned the Slovak ambassador to Budapest, Juraj Migaš, to a meeting on August 28 to explain the situation, at which it handed him an official note of protest.

According to a statement sent to The Slovak Spectator by the Slovak Foreign Ministry, Migaš "expressed surprise at the fact that the steps taken by Slovakia to prevent expressions of extremism are being ignored by the Hungarian side".

"The excessive publicity, many statements and inappropriate reactions by Hungary are contributing to the atmosphere of tension," Migaš said, according to the Foreign Ministry.

As The Slovak Spectator went to print, the SMK was lobbying for support among Slovakia's parliamentary parties for the legislature to pass a declaration against extremism.

The party also called on Fico to take clear steps against the rising ethnic tensions. According to SMK Chairman Béla Bugár, these tensions are "a direct consequence of the presence of the Slovak National Party in the Slovak government".

According to Bugár, by accepting the SNS in the new government, Fico had sent a signal that the far-right opinions of the SNS were acceptable at the governmental level.

The SNS, especially its leader Ján Slota, makes no secret of its hostility to the country's ethnic Roma and Hungarian minorities, with Slota telling The Slovak Spectator in a June interview that "I have behind me a state of 5.5 million, of whom 500,000 are Hungarians and 500,000 gypsies. That's my problem, and the problem of the Slovak National Party."

However, since giving an interview in July to the Czech Lidové Noviny paper, in which he said that "we [the SNS] are fighting those representatives of the SMK who as a minority are oppressing the majority nation on its own territory," Slota has been quiet, while the SNS has condemned the attack on the student in Nitra, stating that "differences of opinion must not be a reason for uncivilized attacks by extremists".

"At the same time, the SNS is expecting the SMK as well as Hungary to refrain from using the incident to whip up nationalistic emotions," said Rafael Rafaj, the head of the SNS parliamentary caucus.

Rafaj also excluded the possibility of a greater conflict between the two nations. "The SNS and the current government are openly interested in developing standard relations," he told The Slovak Spectator on August 25.

He noted, however, that it was "probable that Hungarian policy will continue to try to influence developments in Slovakia to prepare the political ground for the SMK as well as for political parties whose priorities do not include promoting the national-state interests of Slovaks and the Slovak Republic."