CONSTITUTIONAL Court Chief Justice Jan Mazák, who is to resign from his post on September 30, has called on parliament and the Slovak president not to play politics in selecting a replacement for him and the eight other Constitutional Court justices whose seats must be filled by January 2007. 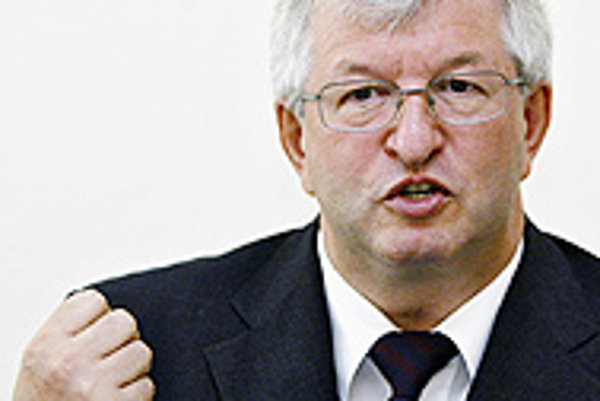 Font size:A-|A+  Comments disabled
CONSTITUTIONAL Court Chief Justice Jan Mazák, who is to resign from his post on September 30, has called on parliament and the Slovak president not to play politics in selecting a replacement for him and the eight other Constitutional Court justices whose seats must be filled by January 2007.

"The applicants for these positions should realize that the powers of the Constitutional Court, and its irreplaceable role in protecting the principles of European law, is so complicated that it dramatically increases the demands on the candidates for these posts," he said at a meeting with journalists on August 30.

The court carries a full complement of 13 justices, but has been two short of a full complement since May 2004, from which time parliament has not been able to elect the four candidates required for the president to choose two nominees.

In other words, between now and January, the Constitutional Court will need nine new justices, more than half its bench.

Under the Slovak Constitution, the president selects new Constitutional Court justices from a list of candidates approved by parliament. Some constitutional experts have already raised the fear that the current parliament, dominated by MPs representing the socialist Smer party, the far-right Slovak National Party, and the inscrutable Movement for a Democratic Slovakia, will use the nominations to staff the court with political appointees rather than legal experts.

One of the nominations that parliament will be voting on in September is that of Milan Čič, 74, currently the head of President Ivan Gašparovič's office, and the Court's founding chief justice (1993 to 1999). Čič was also a justice minister in the communist Czechoslovak government.

Mazák said he was not afraid that the Court would not get new justices after January 22, 2007, when the terms of some of the current justices ran out. "I am more afraid that not all of these candidates will be capable of doing the work, and that the court will not be as functional as it has been to date.

"Political selections [of judges] are absolutely natural and they have to be accepted," he said. "Furthermore, if a candidate is proposed by parliament and chosen by a directly elected president, he has a great deal of legitimacy. But if the process is politicized to the extent that judges are chosen who are not capable of performing the job, that's bad."

Gábor Gál, an MP for the opposition Hungarian Coalition Party and a member of the parliamentary Constitutional Law Committee, said: "I very much hope that the president will maintain his impartiality and will name people according to their professional qualifications, not according to their membership in a political party."

The Constitutional Court is the highest judicial authority in the land, and is responsible for ensuring that people's basic rights and freedoms are not abused.

During the 1994 to 1998 Vladimír Mečiar government, the Court ruled in 17 separate instances that a law or an edict passed by the Mečiar administration was against the Constitution. Although Slovak law at the time did not require that the illegal acts be overturned, the Court was regarded as having provided crucial support to Slovakia's fledgling democracy at a time when it was under enormous pressure from Mečiar's authoritarian administration.

"I'm just saying how I define a Constitutional Court justice after my 14 years with this court," Mazák said. "I'm just sending a signal that people can heed if they wish. I couldn't leave for Luxemburg without having done so, because it would have pained me not to say what I know of the functioning of this vital constitutional body."

Mazák is resigning to become an advocate general at the European Court of Justice in Luxembourg, where he will be sworn in on October 6 for a six-year term.

At the August 30 press conference, Mazák summed up his term as Constitutional Court chief justice, which began on January 22, 2000. He has also worked as a justice at the top court, and for a time was the chair of one of the court's senates. As a justice, Mazák has handled almost 1,000 cases.

"This is almost half the number of cases dealt with by the entire Constitutional Court," Mazák said.

Mazák is due to be replaced as Constitutional Court chief justice by the current deputy chief justice, Eduard Barány.