VIENNA'S international airport intends to compete more fiercely with Bratislava's M. R. Štefánik after the Slovak cabinet recommended that a privatization contract with the TwoOne consortium, of which Vienna airport is a part, be cancelled. 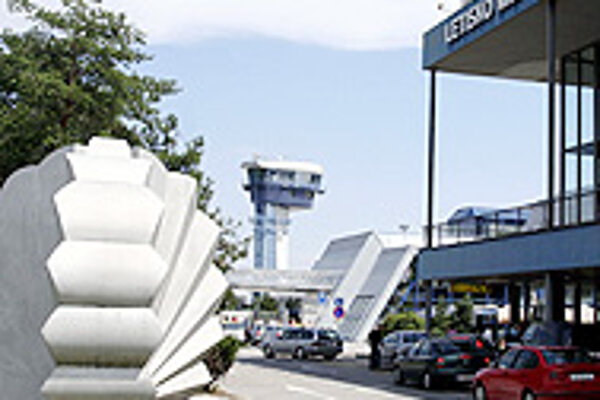 Font size:A-|A+  Comments disabled
VIENNA'S international airport intends to compete more fiercely with Bratislava's M. R. Štefánik after the Slovak cabinet recommended that a privatization contract with the TwoOne consortium, of which Vienna airport is a part, be cancelled.

Herbert Kaufmann, a member of the board of directors of Flughafen Wien, told Austria's Die Presse daily that Schwechat Airport, as the facility is informally known, is now prepared for plan B: "We will attack the Slovak market from Vienna," he said.

A bus link between Bratislava and Vienna will be established, Kaufman said, so that Slovak passengers will be able to access all of the destinations that Vienna offers as easily as possible.

Schwechat will continue to target mainly the western Slovak market, he said, but the Slovak government's decision to bar it from Bratislava means it will have to execute its strategy from Austria.

"We will lure other low-cost airlines to Vienna", Kaufmann added.

Slovakia's Transport Ministry, one of the current shareholders in M. R. Štefánik, is not underestimating the challenge posed by Vienna airport, especially having vowed to keep Bratislava airport in state hands, thus denying it the private investment that TwoOne represented.

Ministry spokesman Marián Jánošík said that "we will make every effort to have Bratislava airport used and to see its revenues grow. We can compete mainly through lower fees."

Kaufmann said he believed that the cabinet's decision to halt the privatization of Bratislava airport had harmed both airports. "We don't have to be worried, but due to the Slovak government's decision, a great chance for both airports is in danger [of being blown]," he said for the Austrian ORF television station.

Kaufmann said that although he could still imagine some form of cooperation between the two airports, at the same time he is convinced that in the mid-term, Schwechat will definitely compete with Bratislava.

In the wake of the scotched privatization, questions are being asked as to how the Slovak airport will be able to compete with the much stronger and larger Vienna airport from a distance of only 60 kilometres.

Lower airport fees and cheaper flights provided by low-cost airlines are Bratislava's current advantages. While the Slovak capital has one of the cheapest international airports in Europe, only five airports in the world have higher prices than Schwechat, the Hospodárske Noviny daily wrote recently.

However, it will be difficult for Bratislava to maintain these advantages if Vienna decides to compete for customers in the low-cost carrier segment, where Bratislava is now more attractive.

Slovakia's largest airport is also reaching its maximum capacity. The airport expects to handle 1.9 million passengers this year , about 100,000 below the limit of its terminal. In addition, the services the airport offers are weak, and passengers complain of a lack of restaurants and cafes. None of the airport's facilities operate 24 hours a day.

M. R. Štefánik thus desperately needs further investments. The Transport Ministry intends to invest Sk3-4 billion in the airport by 2010, as long as the airport remains in the hands of the state. However, even that sum cannot be compared to the Sk18.42 billion investment that had been planned by TwoOne.

Approximately 7.9 million passengers chose Vienna airport as the starting point for their trip or as a transfer hub during the first half of 2006, according to Flughafen Wien. This figure represents an increase of 8.1 percent over the same period in 2005. The growth recorded by Vienna airport again exceeded the European average of 5.9 percent for the six-month period according to the International Airport Council.

The highest passenger volume increase was registered on flights to destinations in the Middle East, with a rise of 21.0 percent, and the Far East, up by 17.3 percent. Vienna airport also expanded its position in Eastern European traffic during this period, with the number of passengers traveling to the region through Schwechat rising by 7.8 percent.

During the first six months of 2006, the number of passengers handled by low-cost carriers operating out of Vienna increased by 11.5 percent, while the number of destinations they serviced totalled 168 for this period.

The stronger-than-expected development of traffic led to an increase of 14.9 percent in turnover for the first half of 2003 to €225.3 million.

In order to strengthen its competitive position, Vienna airport cut landing and parking fees by 2.8 percent as of January 1, 2006, and dropped its general infrastructure and fuel tariffs by 1.0 percent and 1.87 percent, respectively. The passenger tariff was raised by €1.12 to €14.62.

The airport's income before interest, taxes, depreciation and amortisation (EBITDA) rose by 8.3 percent to €83.9 million. Net profit for the first six months of 2006 declined 1.6 percent from the same period last year to €38.6 million.

Vienna airport has also launched various construction projects, such as the expansion of the Skylink Terminal, with the opening scheduled for the end of 2008. Work is expected to be finished on Office Park, which will serve as the headquarters for the Austrian Airlines Group, in mid-2007. In addition, another hangar will be finished by the end of October 2006.

By contrast, M. R. Štefánik airport reached an EBIT for the first seven months of this year of Sk95.28 million, 145 times more than during the same period of 2005.

Airport Director Milan Kajan told the SITA news wire that the airport had achieved the result by keeping costs at the same level as last year despite making major investments and having more employees. Revenues, meanwhile, increased by 30 percent due mainly to contracts with new airlines.

For the first six months of this year, M. R. Štefánik Airport recorded a net profit of Sk39.7 million, while during the first half year of last year it had a loss of Sk29.2 million.

From January to July the airport handled 837,000 passengers, which was 61 percent more than during the same period of last year. International flights dominated with a 94 percent share of the total number of passengers.

During the first five months of this year, 13 air carriers, of which 10 are traditional and 3 are low-cost airlines, used Bratislava airport. The budget airline SkyEurope transported more than 50 percent of passengers, followed by Ryanair with more than 25 percent, then Slovak Airlines (5.56 percent), easyJet (5.52 percent), ČSA (5.02 percent), Lufthansa (3.52 percent), and Air Slovakia (1.66 percent).

Together, these airlines fly to about 70 destinations in Europe, the Middle East, and Africa. However, there are only 30 scheduled flights operated by 7 air carriers.

Former Finance Minister Ivan Mikloš said he believed that Vienna would be able to help Bratislava reach a stronger position in the areas where it was already successful - low-cost carriers and charters. He said that there were other examples of two airports with the same owner and at the same time each taking advantage of their vicinity. However, he admitted that one airport in such tandems was always local without overseas flights.

On the other hand, critics of the deal argued that Bratislava would never be given a chance to host long-distance overseas flights with Vienna as its owner.

Siegfried Gangl, a member of international association of air industry consultants, said before the privatisation contract was cancelled that "I see great potential in [Bratislava airport], but only if the tender had been won by someone else."

Martin Kačur, a former director of Prague's Ruzyň airport, also said that Vienna airport's efforts to win the privatization tender could mean only one thing: It wanted to gain control of the development of Bratislava airport.