THE PRIVATIZATION of Košice airport, the country's second busiest, received the green light from the Transport Ministry on August 30, following approval of the deal by the Slovak competition authority. 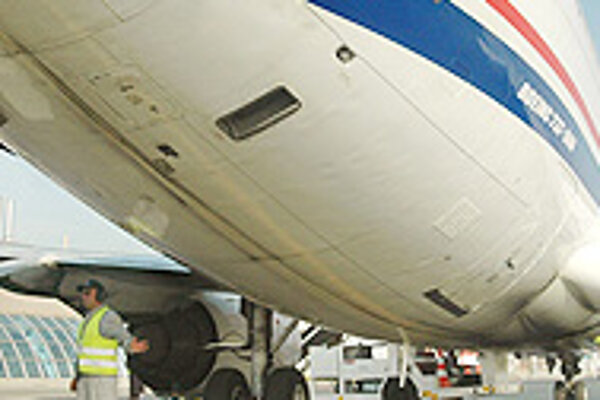 Font size:A-|A+  Comments disabled
THE PRIVATIZATION of Košice airport, the country's second busiest, received the green light from the Transport Ministry on August 30, following approval of the deal by the Slovak competition authority.

Unlike M. R. Štefánik Airport in Bratislava, whose privatization was halted by the cabinet, Košice airport will now get a new majority owner, the private TwoOne consortium, and significant investment in developing its infrastructure.

The good news for TwoOne came after the Transport Ministry decided not to appeal a decision by the Anti-Monopoly Bureau (PMÚ) to approve the sale of a 66-percent stake in the airport to the consortium.

Transport Minister Ľubomír Vážny said after a cabinet session on Wednesday that when TwoOne paid the sale price, it would become the owner of the majority stake in Košice airport.

"We have fulfilled all [privatization] contract conditions," said TwoOne spokesman Martin Danko. He added that on August 25 the consortium had paid Sk1.01 billion (€26.782 million) for the assets, a sum that included the sale price of Sk630 million and investments of Sk380 million. According to Danko, the consortium plans to invest an additional Sk910.7 million in the airport by 2015.

TwoOne now expects the government to call a general assembly of the airport's shareholders, at which the transfer of the 66 percent stake in the airport will be completed. Transport Ministry spokesman Marián Jánošík said the ministry is now starting to work on these details.

Minister Vážny said he was not afraid that Košice airport would now eclipse Bratislava airport, whose sale to the same consortium was nixed by the cabinet after TwoOne failed to obtain approval of the deal from the competition authority by the August 15 deadline.

"I keep my fingers crossed for TwoOne. When Košice airport is developed, Slovakia will be developed," he said.

The PMÚ approved the sale of Košice airport to TwoOne on August 14, but the decision did not immediately take effect as both the government and the consortium were allowed a 15 day appeal period.

TwoOne welcomed the Bureau's decision, but the government used the whole appeal period to study the sale, not announcing it would not appeal the decision until August 30, the last day of the appeal period.

The airport handled 185,505 passengers during the first seven months of this year, compared to 145,717 during the same period last year. Bratislava, Prague, and Vienna were the favourite destinations, accounting for 143,581 passengers, while 38,995 passengers booked charter flights.

The airport handled 160 tonnes of cargo so far this year, a 31 percent year-on-year increase.

At the end of 2004, the airport unveiled a new passenger terminal, and has a relatively new and well-equipped runway.

According to information the airport provided to The Slovak Spectator, the situation is different with aprons and aircraft stands, where expansion and modernization is needed. The airport now has two aprons and eight stands for aircraft, which is proving insufficient especially during the summer when the volume of flights increases.