FOLLOWING the decision of the new Slovak cabinet on August 16 to abandon the privatization of the M. R. Štefánik Airport in Bratislava, the TwoOne consortium, which won a majority stake in the airport in a privatization tender last spring, threatened to take the Slovak Republic to an international court to defend its interests. 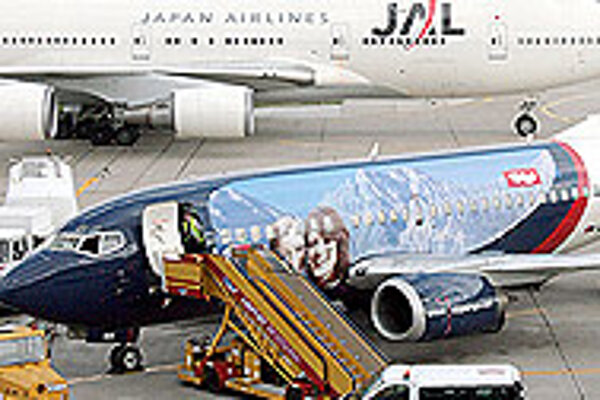 Font size:A-|A+  Comments disabled
FOLLOWING the decision of the new Slovak cabinet on August 16 to abandon the privatization of the M. R. Štefánik Airport in Bratislava, the TwoOne consortium, which won a majority stake in the airport in a privatization tender last spring, threatened to take the Slovak Republic to an international court to defend its interests.

The consortium, consisting of Vienna Airport, the Slovak capital group Penta Investments, and Austria's Raiffeisen Zentralbank, regards the privatization contract for the sale of the airport still valid and binding on all parties to the agreement.

"If we receive an official announcement [from Slovakia state authorities] that they are withdrawing from the sale, we are prepared to go to the International Court of Arbitration in Paris. At the same time, we are also considering whether to turn to international arbitration for the protection of investments to solve this dispute," Jozef Oravkin, a partner with Penta Investments, said at a press conference on August 24.

The Transport Ministry, which has been tasked by the cabinet with preparing the groundwork for withdrawing from the contract, is not backing away from the decision despite TwoOne's threat.

"We accept it. It's their full right [to file a lawsuit]," said Transport Ministry spokesman Marián Jánošík for The Slovak Spectator. Jánošík would not comment on the state's chances of success in any lawsuit.

Oravkin said he believed that the Court of Arbitration would likely decide that the state's withdrawal from the contract was invalid.

The cabinet recommended to the president of the National Property Fund (FNM) privatization agency and the transport minister that they cancel the sales contract after TwoOne missed the August 15 deadline for obtaining approval of the transaction from the country's competition authority, the Anti-Monopoly Office (PMÚ). Gaining the approval had been a condition of the privatization contract between the Transport Ministry and TwoOne.

On August 14 the PMÚ announced it would not be able to issue a decision on the sale by the deadline because it needed a further 45 days to review the transaction. Accordingly, it extended the deadline to October 19.

Apart from the International Court of Arbitration, the consortium is also considering having Vienna airport initiate arbitration on the grounds of the protection of investments based on an agreement between Austria and Czechoslovakia from 1991. In TwoOne's opinion, Slovakia and its institutions have repeatedly broken this agreement.

"By its current behaviour, the Slovak government is not only foregoing the highest price offered in the tender as well as the promised investments, totalling a combined Sk18.42 billion, but if the consortium files lawsuits it is also risking possible damages of several billion crowns," Oravkin said.

TwoOne wants to wait to file its lawsuits until after the PMÚ issues its decision. "We will wait for the reasons listed in the [official] statement and then we will prepare our lawsuits accordingly," Oravkin said, adding that the consortium expects that the PMÚ will issue a negative decision due to political pressure from the socialist Fico government, which has strongly opposed the airport privatization.

According to Oravkin, the consortium has received several legal opinions on whether it would succeed in arbitration. "We think we have enough arguments to show that our counterparts violated their obligations pertaining to the contract, while in the case of arbitration [with regard to] the protection of investments, the PMÚ did not proceed in a way that Vienna airport's investment was not harmed," he said.

Penta believes that Vienna airport's investment was thwarted and that the investor is entitled to compensation for the damage.

On the other hand, attorney Pavel Hagyari was less optimistic. "It would be tough for them to succeed in arbitration, because they signed a contract that called on them to meet all the conditions by August 15, and they didn't get the Bureau's approval. On the other hand, if they won, they could also demand foregone profits, which would increase the value of the purchase contract threefold."

According to the privatisation contracts, TwoOne planned to invest approximately Sk19 billion in the Bratislava airport by 2015. Oravkin alleged that the state could not invest as much money as the consortium has planned to invest.

"In our opinion a private investor is a better owner than the state," Oravkin said. If the state managed to obtain the required funds for the airport, it would have to be in the form of loans or an increase in share capital, all of which would be at the expense of the taxpayer, he said.

The cabinet has called on the ministers of transport and economy and the president of the National Property Fund to submit a proposal by October 30 for what will be done with the Bratislava airport.

On August 23, however, Transport Minister Ľubomír Vážny announced that the airport would remain in state hands.