The diplomatic side of football

HALFWAY through a lopsided football match between the Czech Republic and Slovakia in Bratislava on September 6, the 2,000 Czech fans in attendance began chanting "ještě jeden, ještě jeden" (one more goal). "That's something I hoped I would never hear," groaned a man in his 30s with the scoreboard showing 3-0 for the visitors. 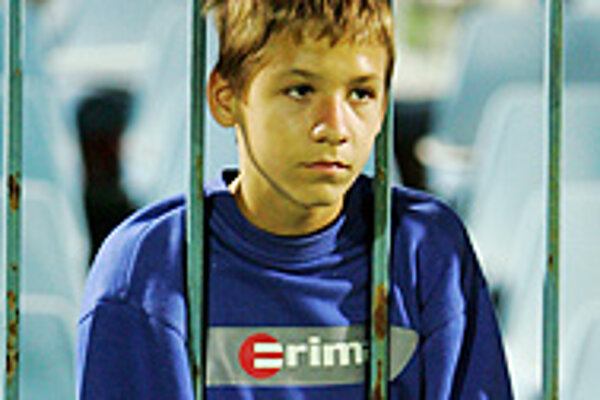 Font size:A-|A+  Comments disabled
HALFWAY through a lopsided football match between the Czech Republic and Slovakia in Bratislava on September 6, the 2,000 Czech fans in attendance began chanting "ještě jeden, ještě jeden" (one more goal). "That's something I hoped I would never hear," groaned a man in his 30s with the scoreboard showing 3-0 for the visitors. The Slovak team was truly awful. Poor Slovakia. Poor 27,000 football fans who had welcomed their side to the field with such optimism following its 6-1 thrashing of Cyprus on the weekend. But in this silly "extremist" season, with Slovakia gaining an entirely undeserved reputation for intolerance, it was reassuring to see more brotherhood than boorishness on display at that match, and no misbehaviour even by the skinheads in the bleachers. For starters, the Slovak crowd applauded the Czech national anthem, while the Czechs waved their flags in support of the Slovak hymn. Czechs and Slovaks sat mingled in the crowd, rather than firmly separated as usual by gates and phalanxes of police. Granted, these formal federal partners have a deep and abiding friendship, which is one reason why Slovakia performs so poorly in their mutual sports encounters. The Slovak players seem less inclined to bite their opponents than to roll over to have their tummies tickled (with notable exceptions, such as the 2-1 Slovak victory in World Cup qualifying football in 1997, and the World Hockey Championship bronze medal game in 2003). But while it's understandable that these friendly nations don't boo each other's anthems or chant insults, to believe the European media one might have expected the Slovak crowd to be in a savagely intolerant mood on Wednesday night, especially given how poorly their team played. Instead - no chants, no rude signs, just resigned acknowledgement that the Czechs were leagues better. And then quietly home to bed. If that wasn't enough of a change, Prime Minister Robert Fico apparently pulled off some pretty clever diplomatic footwork at the game, according to the Czech daily MF Dnes. Fico apparently staved off a crisis in Czecho-Slovak relations by juggling simultaneous visits by Czech PM-designate Mirko Topolánek and former PM Jiří Paroubek so no one felt offended. Topolánek, who was confirmed on Monday as the new Czech PM, wanted to meet Fico before the football match, which was part of the qualifying round for the European Championships. However, when his rival, social democratic head Paroubek, announced he was also going to the football game and that Fico was going to receive him beforehand at the Government Office, Topolánek was furious and cancelled his meeting with Fico, saying he would sit instead among his country's fans in the bleachers. But at the last minute, Fico had a stroke of inspiration - he invited Topolánek to the Government Office half an hour before Paroubek arrived, and then seated the two rivals on either side of him at the match. The Czech leaders shook hands - once - and then ignored each other. Fico had been in a quandary because Paroubek had given him major support in his election campaign during the summer, and when Europe's socialists threatened recently to expel Fico's Smer party due to attacks on ethnic Hungarians in Slovakia, the socialist Paroubek said: "These things have been overblown. I don't see any tensions." With his adroit tapdance, however, Fico smoothed Topolánek's dander and kept the pair on track for the Czech PM's first official visit to Slovakia on September 14. Not bad for a leader whose risky embrace of the far-right SNS led some to question his sense for diplomacy. And not bad for a football crowd that, back at the 1997 match with the Czechs, had chanted "České kurvy" (Czech whores) until the foundations shook. One football match cannot be taken as evidence of a gentler, more diplomatic Slovakia, and indeed there was much at the game that reminded one of the old Slovakia. For one thing, it still takes up to an hour to squeeze in through the turnstiles at that dinosaur of a stadium. Why, why can't they put in a few more entrances or gateways to allow people to pass in safety and sanity? It can't be lack of money, if one is to read anything from the flashy new advertising panels at each end of the field. As for diplomacy, the proof of the pudding lies in a visit by the Hungarian team to Bratislava (shudder). But given the amount of hysteria that has built up on both sides of the border in past weeks, it was probably just as well to start with the Czechs.
Comments disabled
Send the article by email