BRUSSELS - THE TIMING of Slovak Prime Minister Robert Fico's September 7 visit to Brussels could scarcely have been worse.
While the country has been a model new EU member and produced GDP growth of over 6 percent last year, compared to 2.1 percent in the euro area, Fico's new Slovak administration is currently in the doghouse over attacks by extremists on ethnic Hungarians and the inclusion of the far-right Slovak National Party in the ruling coalition. 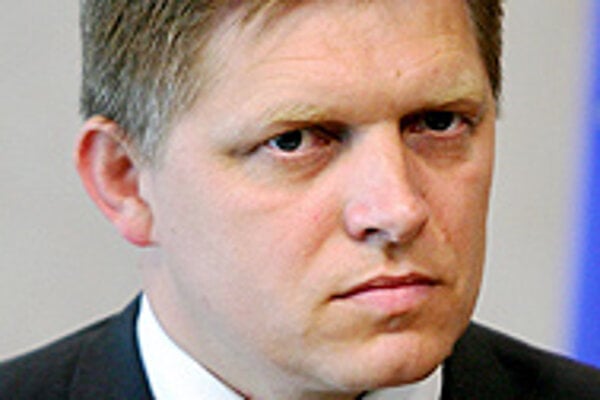 While the country has been a model new EU member and produced GDP growth of over 6 percent last year, compared to 2.1 percent in the euro area, Fico's new Slovak administration is currently in the doghouse over attacks by extremists on ethnic Hungarians and the inclusion of the far-right Slovak National Party in the ruling coalition.

Nonetheless, official visits are rarely changed due to adverse political weather, as incoming EU prime ministers and presidents must schedule protocol tours months ahead of time. Thus it was that Fico found himself in Brussels on Thursday, and after paying protocol visits to Belgian Prime Minister Guy Verhofstadt and NATO Secretary General Jaap de Hoop Scheffer, enjoying an interview with European Commission President Jose Manuel Barroso.

The meeting between the two men was tense, due both to the recent ethnic incidents in Slovakia as well as to a clash at their previous meeting. On Barroso's trip to Slovakia earlier this year, sandwiched between bad floods and the June elections, Fico had accused

the EC head of campaigning for the previous right-wing government and of overstressing the need for continued economic reform.

"Yes, I am a politician," Fico said enigmatically at their reunion. "I hope the relationship is as good with Mr Fico as with Mr Dzurinda," Barroso responded.

With MEPs still in Strasbourg on Thursday, Fico was not able to put in a personal appearance at the European Parliament, where the Club of European Socialists have threatened to expel his Smer party for joining a coalition with the SNS.

But questions about the SNS also came up on September 7 at an elite think-tank called the European Policy Center, where Fico gave a speech on "Slovakia after June elections".

The Slovak leader faced a critical audience of officials, diplomats, lobbyists and journalists. Slovakia's image has clearly been dented by the attacks on ethnic Hungarians in August.

Belgian Socialist MEP Marc Tarabella even returned early from Strasbourg to ask a single question of Fico: "Don't you feel ashamed as a social democrat of forming a coalition with a party known for its xenophobia?"

"I have always been a socialist," Fico replied. "The only way forward is to talk to each other. I believe we can find an acceptable solution."

Tarabella seemed to find the answer insufficient. "That's a pity. I have a good relationship with the Slovak socialist MEPs. But for us it is unacceptable that a member party is in an alliance with extremists. We will make a decision some time this month [on whether to expel Smer], but if nothing changes, the Slovak socialists will have to go."

Fico repeatedly denied a link between the incidents of ethnic violence and the presence of the SNS in his government.

"I don't see any link between individual cases and the participation of a certain party in the Slovak government," he said. "We don't link similar cases in Hungary. It's up to politicians in both Hungary and Slovakia to stop these cases, to punish the criminals and help the victims.

"I'm more and more convinced that the three political parties that lost power in June [in Slovakia] are abusing this issue for political ends," Fico said.

Despite the keen questioning, Fico could at least count himself lucky not to have bumped into French Minister Nicolas Sarkozy, who visited Barroso only hours after Fico called.

However, Fico was unlucky that Regional Policy Commissioner Danuta Hubner was away from Brussels visiting northern Sweden. Regional aid is top on Fico's agenda, as he is seeking the European Commission's approval to change Slovakia's plans to spend the Ř11 billion it has been allocated by the EU for the 2007 to 2013 budget period.

The Fico cabinet wants to shift Ř2 billion from construction and R&D support to regional schools, hospitals, social programmes and the environment, but needs the EC's permission to make the changes.