A SENIOR US politician blasted Prime Minister Robert Fico on September 5 for including "anti-Hungarian extremist" politicians in his ruling coalition, and said he was considering introducing a motion in the US House of Representatives denouncing Slovakia over the matter. 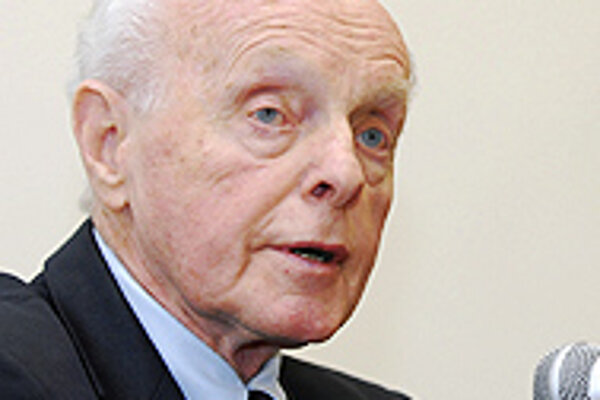 Font size:A-|A+  Comments disabled
A SENIOR US politician blasted Prime Minister Robert Fico on September 5 for including "anti-Hungarian extremist" politicians in his ruling coalition, and said he was considering introducing a motion in the US House of Representatives denouncing Slovakia over the matter.

Speaking in Budapest after a one-day visit to Slovakia, the Hungarian-born Tom Lantos, the ranking Democrat on the House's International Relations Committee, said he had "no sympathy for the prime minister" as the Fico government continued to absorb international criticism over recent attacks on ethnic Hungarians in Slovakia.

The attacks, including the beating of a girl in Nitra in August, allegedly for speaking Hungarian on her mobile phone, have been linked by ethnic Hungarians in both Slovakia and Hungary to the presence of the far-right Slovak National Party (SNS) and its Hungarian-baiting leader Ján Slota in the Fico administration.

According to the opposition Hungarian Coalition Party, Fico's selection of Slota as a coalition partner may have legitimized extremism to some Slovaks, and incited hooligans to acts of hatred they otherwise wouldn't have dared.

Anti-Slovak chants have also been heard at football games in Hungary, where fans also held up anti-Slovak signs, but there have been no reports of physical attacks in Hungary against Slovaks.

Lantos told his Budapest audience that during Monday's meeting with Fico, he had told the Slovak leader not to be surprised by the recent international criticism, as it had been Fico's decision to include the SNS in the government in the first place.

"I told the prime minister to his face that the inclusion of Hungary-hating political leaders, extreme nationalist political leaders in his coalition government, was his decision," Lantos said.

While Fico has condemned the violence in Slovakia, he has refused to condemn the SNS or Slota, who in the past has called on Slovaks to "level Budapest" with tanks.

"I have no sympathy for the prime minister of Slovakia for having made common cause with political leaders who are known for the anti-Hungarian extremist views," Lantos said.

"The blame rests 100 percent with the Slovak side. This is not one of those instances where both sides are guilty. The inclusion of Hungary-hating political leaders and extreme nationalists in [Fico's] coalition cabinet was his decision.

"If you make your bed, you sleep in it."

The US legislator, who had a motion passed in 2000 condemning Austrian right winger Jorg Haider, was also quoted by Reuters as saying: "I'm considering the possibility of introducing a similar resolution with respect to Slovakia, and I expect it to be passed unanimously should I decide to introduce it."

Martin Bútora, the former Slovak ambassador to Washington, said that Lantos, the only Holocaust survivor in the US Congress, was regarded as an authoritative voice on affairs in Central Europe.

"He has credit across the political spectrum, and is regarded as an expert on the countries of central, eastern and southern Europe," he said, as quoted in the Sme paper.

Bútora added that if Lantos were to submit a resolution condemning Slovakia to Congress, he would likely succeed, and that it could influence future relations between the two countries.

However, the former ambassador said that Lantos was not anti-Slovak in his views, and that he had been a strong supporter of Slovakia's NATO entry in 2004.