SLOVAKIA, the Czech Republic, Hungary and Poland intend to join the Schengen Agreement for unified visa policy together, and on schedule, in October 2007, declared the foreign ministers of the four "Visegrad" countries following a summit in Bratislava on September 5. 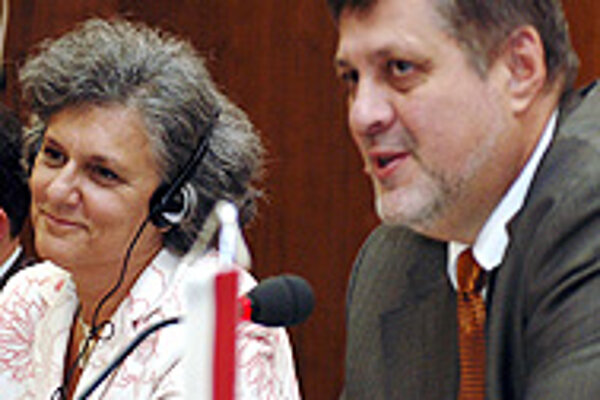 Font size:A-|A+  Comments disabled
SLOVAKIA, the Czech Republic, Hungary and Poland intend to join the Schengen Agreement for unified visa policy together, and on schedule, in October 2007, declared the foreign ministers of the four "Visegrad" countries following a summit in Bratislava on September 5.

The ministers agreed to accelerate joint efforts to unify national legislation on border controls in line with EU demands to allow passport-free travel within the European Union according to the planned schedule.

The Schengen Agreement has been ratified by 15 member states so far, but some Schengen states have called for the date of entry by the new EU members to be pushed back, saying they aren't ready.

"Some member countries of the European Union have tried to have the date postponed, but we have decided to work together to try to defend the scheduled date," said Czech Foreign Minister Alexandr Vondra, speaking at a press conference following talks at the Hotel Borik in Bratislava.

The shortcomings identified in the border controls of the new EU members are largely technical and include the development of security and surveillance technology, which would allow the quick transfer of fingerprint files as well as other security data.

The 10 new EU nations must retain security checks at all their borders until their reforms meet EU approval.

"We agreed that we would not accept anything less than entry to Schengen in October 2007," said Barbara Tuge-Erecinska, the deputy foreign minister of Poland.

At the summit, Slovakia took over the rotating presidency of the Visegrad Four (V4), as the informal association between the four countries is known. The V4 was founded in 1991 in Visegrad, Hungary, to advance the Western integration aims of all four nations by pooling their international clout.

Besides confirming the Schengen date, delegates to the summit also agreed to put more money towards the joint Visegrad Fund, raising its budget to Ř5 million annually, to finance scholarships for students from Belarus and other countries. The V4 prime ministers should formally approve the increase in the fund budget at a summit in Hungary in October.

"Five million euros is certainly a sum for which many things can be done and from which many projects can be supported," Vondra said.

"The increase will help us expand our grant activities as well as offer more scholarships to students from Belarus, Ukraine, and other countries that we regard as priorities," said Slovak Foreign Minister Ján Kubiš.

The V4 regards part of its mission as helping countries to the east of Central Europe make the same transformation to democracy that V4 members have undergone.