Small towns in hunt for tourists

ALTHOUGH Slovakia's small towns have histories as rich as their larger brethren, they remain largely unknown to European tourists. Only now are they waking up to the potential of local tourism and discovering the need to promote themselves.
Admittedly, the learning process will take time, as some towns still don't understand the importance of tourism and the boost it can give to the local economy. 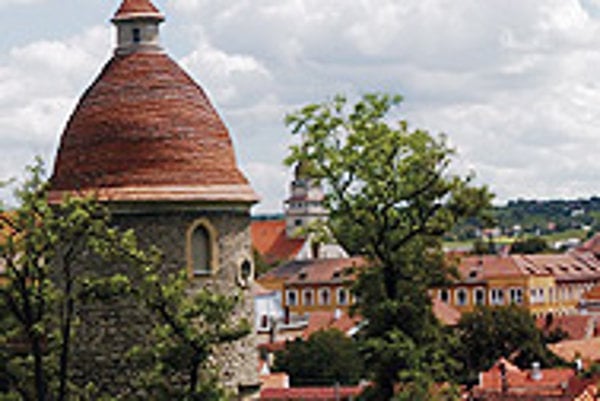 Font size:A-|A+  Comments disabled
ALTHOUGH Slovakia's small towns have histories as rich as their larger brethren, they remain largely unknown to European tourists. Only now are they waking up to the potential of local tourism and discovering the need to promote themselves.

But the situation appears to be changing, and signs are appearing that "small town tourism" in Slovakia is about to take off, making tourist destinations of sites other than Bratislava or Košice.

Bardejov, a UNESCO heritage site, is known for its ancient St Egidius Church and its the Gothic and Renaissance houses on its main square. The town recently decided to publish brochures, tourist maps and books in various languages in a bid to attract more tourists, while cultural and social events such as Bardejovský jarmok (Bardejov Market) also play an important role in the promotional package the town has put together.

According to René Semanišin, spokesman for Bardejov's mayor, the town has also published a guide in cooperation with UNESCO describing different towns and cities in Slovakia, as well as a joint publication detailing former royal towns.

"It's important that these efforts come not only from Bardejov but that we also work with the Slovak Tourist Board (SACR) to place these publications at international travel fairs," Semanišin told The Slovak Spectator.

Bardejov has also signed partnership agreements with other European towns. "We agreed, for example, with Calais in France and Kaštele in Croatia to prepare promotional and educational films to be shown in various local TV markets. The local inhabitants will have a chance to learn about these towns and find something of interest to visit on their next trip," Semanišin said.

The town of Levoča also wants a UNESCO listing, citing the historical and cultural value of its St Jacob Church, whose Gothic altar is the tallest in the world, and whose beautiful square and town hall date back to the Renaissance.

Levoča spokesman Jozef Cvoliga saw great potential in the inclusion of the town in publications along with other locations in the surrounding Spiš region. The region has already taken part in exhibitions in Germany, Poland, and Hungary.

The town, Cvoliga said, uses various fairs and social events such as Levoča's Days of Master Paul, which runs from June to September, to gain media exposure and attract the attention of potential sponsors.

Levoča also pays close attention to evaluating the types and numbers of visitors it receives, as this data is important to the town's effort to become part of the UNESCO heritage system. "We hope to gain this recognition in 2007," Cvoliga said.

The former royal town of Skalica, located in western Slovakia, is an example in Slovakia of how things can work. Skalica boasts the St George Rotunda, as well as a well-preserved town centre and a rich wine tradition.

The main tourist information centre and all the main monuments in Skalica offer visitors information brochures, guides, magazines and maps in various languages, as well as guided tours around the monuments.

"Posters and media ads describing various events such as Skalické dni (Skalica Days) and Trdlofest are other ways of promoting tourism in the town," said Vladislav Horňák from Skalica's marketing and development department.

Skalica evaluates the effectiveness of its promotional campaigns for each event it holds. "There are many things that can influence the number of visitors we get, such as the weather or the quality of the programme we offer, but marketing definitely contributes at least 50 percent to the number of visitors who attend these events."