THE CITY of Bratislava wants to improve its position among European capitals as a destination for congress tourism, and has called on local tourism sector businesses to help out.
At a recent meeting between city representatives and the Slovak Association of Travel Agents, for example, the participants agreed to cooperate better in their promotion of the Slovak capital. 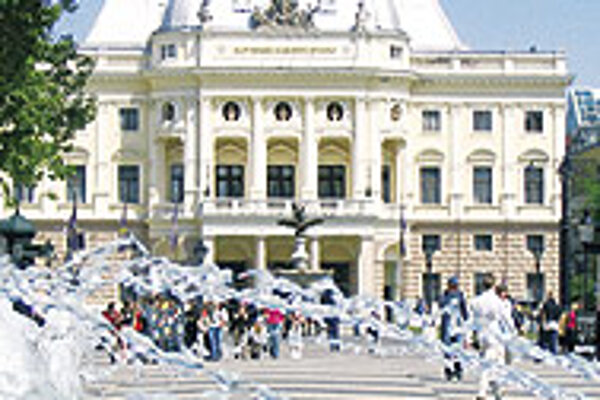 Font size:A-|A+0
THE CITY of Bratislava wants to improve its position among European capitals as a destination for congress tourism, and has called on local tourism sector businesses to help out.

At a recent meeting between city representatives and the Slovak Association of Travel Agents, for example, the participants agreed to cooperate better in their promotion of the Slovak capital.

One of the first fruits of their collaboration is the Bratislava Meeting Planner Guide, a 100-page booklet of contacts and hotel and restaurant information for prospective business visitors.

"Experience teaches us that even a smaller city can become an interesting destination for congress tourism," said Tatjana Mikušová, deputy mayor of Bratislava, at a press conference launching the new guide.

"However, we realised that the city cannot promote itself alone. It needs partners, which is why we turned to the Slovak Associations of Travel Agents (SACKA) to cooperate on common projects. We agreed to create the new Bratislava guide and to organize workshops together."

SACKA President Róbert Kohlmann welcomed the cooperation with city hall, and said that the common projects would help hotels in particular prepare for "tougher times" when new hotel projects came on the market.

"We realise that today's hotel boom in Bratislava will not last forever, and that there will not always be a lack of capacity in this city. We have to be prepared for such a situation."

According to Bratislava Mayor Andrej Ďurkovský, the city is currently experiencing its best tourism years ever. In the introduction to the new planner, the mayor listed Bratislava's advantages, such as its reconstructed historical centre and the fact that the city's downtown hotels are only steps away from venues for congresses, conferences or large meetings.

"In terms of infrastructure, business or culture, Bratislava is on a level with any major European city, and has the added charm of intimacy, of having everything within walking distance. This predestines Bratislava to become more popular as a favoured congress city."

Kohlmann of SACKA pointed out that Bratislava offered space for a variety of events such as small business seminars or international meetings. "We have also seen great progress in food services and restaurant facilities, which now offer high quality in an attractive environment for a reasonable price."

Bratislava broke onto the international business tourism circuit after hosting the annual congress of the European Federation of Congress Towns and then the Bush-Putin Summit in February 2005.

The city along with tourism sector businesses believes that Bratislava will soon gain the large congress centre and the five-star hotels it still needs in order to compete with major congress destinations like nearby Vienna.

"We still really lack a large congress centre, which is a great pity because with such a facility, Bratislava would have a great chance to lure congress tourists from Vienna, which is the leader in this field in Central Europe. Not just hotels but the whole of Bratislava including restaurants and taxi services would benefit from such a centre," Radisson SAS Carlton spokesperson Lenka Šoltýsová told The Slovak Spectator.

Michaela Grančičová, director of the Hotel Dukla in Bratislava, said that the shortage of accommodation and congress space in Bratislava is apparent mainly during the high tourist season when "we are all fully booked".

However, she said, "in two to three years' time, everyone knows that several new, high-standard hotels will appear in Bratislava."

She admitted that existing Bratislava hotels would face stiff competition, but said the new projects would help improve the quality of service in the hotel industry as a whole.

Bratislava town hall hopes that talks between the city and entrepreneurs on the subject of congress tourism will continue and lead to more adventurous projects than a planner. Mikušová called on tourism businesses to work harder and come up with better ideas to develop Bratislava as a congress destination.

"We [the town hall] can appoint someone to address congress tourism in Bratislava, but the initiative must come from business as well. You should establish an association to support congress tourism," she suggested.