THE FIRST thing New Yorkers remember about September 11, 2001 is the extraordinarily clear sky and crisp, clean air that greeted them that morning. It was like the calm before a storm, and represents such an eerie contrast to the smoke and darkness that soon blanketed the city. 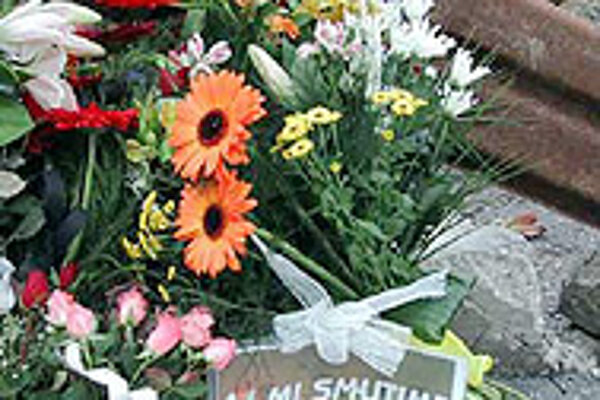 Font size:A-|A+0
THE FIRST thing New Yorkers remember about September 11, 2001 is the extraordinarily clear sky and crisp, clean air that greeted them that morning. It was like the calm before a storm, and represents such an eerie contrast to the smoke and darkness that soon blanketed the city.

Since moving to Slovakia from New York in 2002, I've recalled September 11th more times than perhaps I have wished to. I talk about my brother in Texas, fighting his way onto a plane full of stranded pilots and flight attendants so the whole family could be together in New York, but not how both my other brother and I got pneumonia a month later from breathing air laced with jet fuel. I talk about the eerie presence of NATO planes circling alone in the empty sky, warships in New York Harbor and Army personnel on Broadway, but not about the fear in my 6-year-old cousin's eyes. And I talk about the wonderful people I met while singing at a benefit concert in Boston to raise money for the Red Cross, but not about the fact that in the aftermath of September 11, members of my family lost their jobs and homes and eventually had to leave the city they loved.

And another thing I haven't been able to describe is just how beautiful the weather in New York City was that morning, in the moments before the attack.

To commemorate the fifth anniversary of September 11th, I asked an American and a Slovak who were directly affected by the attacks to share their memories.

The first was Douglas C Hengel, who served as chargé d'affaires of the US Embassy in Bratislava:

I was in Washington, DC visiting the State Department that day and heard the boom of the plane hitting the Pentagon. Of course, I tried to get back to Bratislava immediately - my wife and children were actually still there, I had been visiting Washington alone - but no planes flew for several days. I couldn't even get through by telephone because the networks were jammed. My only source of information was text messages. When I finally did arrive in Bratislava, it was September 17th, and the first thing I saw were the bouquets, letters and candles that passers-by and Bratislava residents had laid in front of the US Embassy. I teared up right there. The outpouring of sympathy was just incredible.

Later that day, I met with [former] Prime Minister Dzurinda, who was very gracious in offering the government's deepest sympathies and full support. Some individual displays of compassion also made an impression, like the memorial concert given in the Reduta and the dignity with which a group of Slovak firefighters mourned their fallen American comrades. The Embassy received 1,000 letters of condolence, and we responded to each one of them. I especially appreciated the We Are All in the Same Boat display by [former presidential foreign policy advisor] Pavol Demeš that was set up near the Main Square. Handwritten notes had been folded into little paper boats and were floating on a pool. To me, that was typical of the kind of warmth that characterizes the Slovak people.

The second was Milan Ježovica, who was Deputy Chief of Mission at the Slovak Embassy in Washington, DC:

The Slovak Embassy was in the process of organizing a belated ceremony for Holocaust Memorial Day, which is September 9th in Slovakia, when the initial news reports came in that a plane had hit the World Trade Center. We didn't know then what we would know later. I think more than fear for ourselves, Slovaks immediately felt sympathy for the victims, and horror at the crime that had been committed. Fear eventually snuck its way in, but it wasn't what we felt first.

Fortunately, my family and friends were safe, but while the embassy was helping to ascertain whether any Slovaks had been hurt, we came across a fireman named Michael Warhola, who had been killed rescuing people at the World Trade Center. He was American, but his heritage was Central European. When [former] Prime Minister Dzurinda visited New York in November 2001, he met with Michael's brother, and paid his respects at the ladder company at which Michael had served. That was extremely emotional for everyone.

For the embassy's part, instead of cancelling the Holocaust ceremony, we reshaped it to include a remembrance ceremony for the victims of September 11th. So many people representing all kinds of nationalities attended. That was very emotional as well.

I would say the essence of September 11th was extremely destructive, but what followed it was very positive. The outpouring it brought out in people proved certain values are powerful enough to transcend oceans and unify whole populations. And it reminded us that human life and freedom are not to be taken for granted.