THEIR investigation into an allegedly extremist attack on a 23-year-old Hungarian student in Nitra, which involved over 250 officers and 600 suspects, led the Slovak police on September 12 to a verdict that stunned the nation: It never happened. 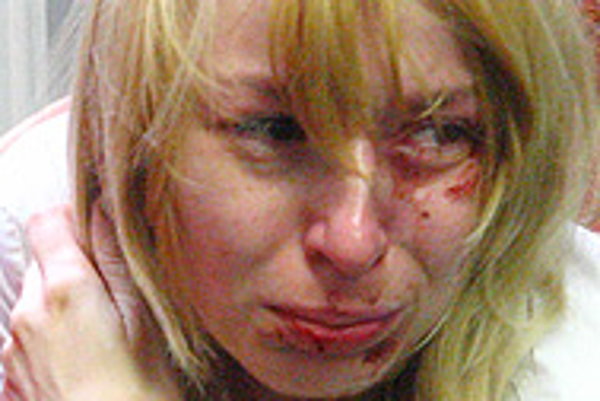 Font size:A-|A+  Comments disabled
THEIR investigation into an allegedly extremist attack on a 23-year-old Hungarian student in Nitra, which involved over 250 officers and 600 suspects, led the Slovak police on September 12 to a verdict that stunned the nation: It never happened.

The police findings were communicated at a press conference by Interior Minister Robert Kaliňák and Prime Minister Robert Fico, in a sign of the international attention that relations between Slovaks and Hungarians have received since Fico joined with the far-right Slovak National Party to form his new government in July.

According to Fico, "this government has been accused of things that were either manipulated or never happened at all.

"The government is against extremism, but nor will it tolerate attempts to damage Slovakia's image."

Hedviga Malinová, 23, claimed on August 25 that she had been beaten up by a pair of unknown culprits in Nitra for speaking Hungarian. The youths also allegedly forced her to remove her blouse, and scrawled anti-Hungarian slogans on the fabric.

Coming on the heels of weeks of tension between the neighbouring countries over mutual acts of provocation at football matches, the attack was cited by Hungarian and some European politicians as a result of the presence of the SNS in the Slovak government, a charge Fico rejected.

Kaliňák told reporters on September 12 that "it is beyond doubt that the case did not happen". In support of his assertion he brought forward several pieces of evidence, including DNA samples (see chart, below).

Far from defusing concerns over perceived extremism in Slovakia, however, the results of the police investigation threw the issue into confusion.

At a press conference of her own on September 13, Malinová spoke publicly about the attack for the first time, accompanied by her lawyer Gábor Gál, an MP for the opposition Hungarian Coalition Party (SMK).

Throughout the press conference Malinová insisted she had not lied about the attack, although she admitted that she remembered few details of the morning when the attack allegedly happened.

Kaliňák then himself called a second press conference to dispute Malinová's claims, miring the case in charges and counter-charges.

According to Kaliňák, Malinová's motive for inventing the attack was that she was due to take an exam in Hungarian at her university that morning, and had probably wanted to avoid it.

But Gál dismissed the suggestion. "Why would she do that? She's a very good student and she had been preparing for the exam for two months," he told the press conference in Dunajská Streda.

Kaliňák also said that while Malinová had originally claimed she was attacked because she was speaking Hungarian on her cell phone, her phone records had shown that "no calls were made to or from her phone number that day".

Malinová explained that she had told the police several times that she did not remember whether she had been speaking Hungarian on her phone or to someone in the street. On September 13 she said that with the help of doctors she had remembered that rather than talking on her phone, she had been speaking to a Hungarian couple in a blue car, who had stopped her to ask for directions.

Police handwriting experts also believe that the "Hungarians Get Back Over the Danube" and "Slovakia Without Parasites" slogans on Malinová's blouse were written by the girl herself.

Police said that the day after the attack Malinová was wearing a watch she claimed that the two culprits had stolen.

In perhaps the most damning contradiction, investigators said that Malinová's DNA had been found on an envelope in which the culprits had allegedly mailed her stolen ID back to her, including on the seal and under the stamp - indicating she had sealed and posted the package herself.

Malinová said she had licked the stamp in an attempt to fix it back on the envelope after the police had asked her to turn over the entire package.

She also accused the police of trying to coerce her into admitting that the attack never happened.

"Six policemen were shouting at me that I was a liar and that I had been lying from the beginning," she said.

Malinová and Gál said they would appeal the decision to halt the investigation, and that Malinová was willing to undergo a lie-detector test to clear her name.

Although the police are willing to arrange such a test, under Slovak law the results of lie-detector tests have no weight in court.

Police President Ján Packa said he considered Malinová's statements "disparaging of the work of the police.

"We halted the criminal prosecution because it was proven beyond a doubt that the act did not occur," Packa said.

While the case now goes to the Attorney General's Office to decide whether police were justified in shelving the investigation, political accusations continued to fly.

Kaliňák accused SMK politicians of politicizing the affair, given the fact that the alleged victim's lawyer is an SMK MP, and given the engagement of the party in the case from the beginning.

When the alleged attack occurred, SMK Chairman Béla Bugár called on Fico to distance himself from similar actions and to condemn ethnic violence. Under domestic and international pressure, the Slovak parliament later approved a declaration in support of ethnic and racial tolerance.

After revealing the police findings in the Malinová case, Kaliňák said: "Some of the players in this case have definitely shown their hand, and it's clear they are pursuing a political agenda.

"It's very sad when a state official is inconvenienced by the attempts of the police to uncover the truth."

Inconsistencies in Malinová's testimony, according to police:

- No phone call was made to or from Malinová's phone on August 25, although she originally claimed she was attacked because she was speaking in Hungarian on her cell phone. Until September 13 she did not mention that she had been speaking to a Hungarian couple on the street.

- The handwriting of the slogans on her blouse was Malinová's own according to police experts.

- Her blouse was clean and dry, and experts even found traces of washing powder on it. On the morning of the alleged attack, however, it was raining and the ground was muddy. According to Malinová's testimony, her blouse was lying in the grass for some time, so it should have become wet and dirty.

- Her watch was allegedly stolen during the attack, but one day after the incident she wore it to a police interview.

- Forensic experts who examined her 10 days after the attack found no evidence of facial injuries, nor of her having been kicked in the stomach. Bleeding from her vagina was also not confirmed.

- Malinová's DNA was found on the envelope in which her stolen ID was returned to her one day after the attack.