AS IF international tensions over the treatment of ethnic Hungarians in Slovakia were not enough, three drunken attackers in the southern Slovak town of Sereď assaulted a Roma family in their own home on September 9, seriously injuring a 57-year-old man and his 6-year-old grandchild. 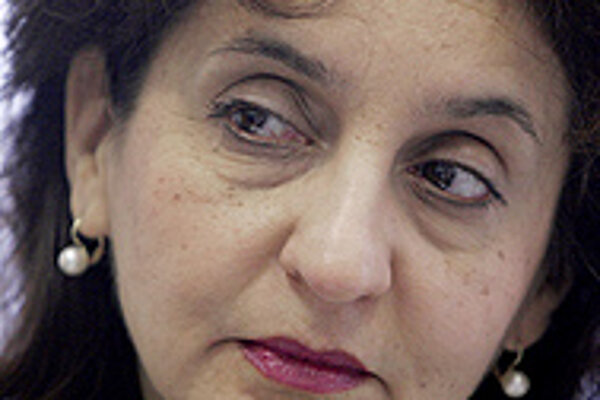 Font size:A-|A+  Comments disabled
AS IF international tensions over the treatment of ethnic Hungarians in Slovakia were not enough, three drunken attackers in the southern Slovak town of Sereď assaulted a Roma family in their own home on September 9, seriously injuring a 57-year-old man and his 6-year-old grandchild.

Police have confirmed a racial motive for the attack, meaning that the perpetrators face stiffer sentences than for an ordinary assault.

"In the evening we were sitting in our kitchen watching TV. Suddenly, three masked men broke into the house. Their heads were covered with hats and their faces were covered up to the eyes with scarves. They shouted "Die, Gypsies," and then started beating us," said Robert Lakatoš, whose father Peter wound up in hospital with head and arm injuries.

Robert's daughter, Chanel, suffered an eye injury. The family said the attackers seemed to want to kill them, as their blows were aimed at their heads. The beating only stopped when Robert managed to pull the mask off one attacker and recognized him as a neighbour from down the street.

Martina Kredatusová, spokeswoman for the Trnava regional police, told The Slovak Spectator that the police apprehended four suspects one hour after the attack.

"All of them were heavily under the influence of alcohol. On September 10, investigators charged three of them, aged 17, 22, and 33, with home invasion and assault aggravated by ethnic and racial hatred. Should the court find them guilty, they face one to five years in jail," Kredatusová said.

While Slovakia has seen numerous incidents of racial violence against Roma over the years, this recent case has again raised the question of whether the country is seeing a rise in extremism due to the presence of the far-right Slovak National Party (SNS) in the new Slovak coalition government.

EU and US politicians have linked the SNS presence to a rise in tensions between Slovaks and ethnic Hungarians living in Slovakia, although extremist incidents have also occurred in Hungary against Slovaks in recent weeks.

Yet opinions differ as to whether the attack on the Roma family is a continuation of this trend. Roma activists and politicians said that animosity towards the Roma was present in Slovakia long before the SNS entered government.

"We think this is a consequence of weak legislation regarding racial and ethnic attacks," said Alexander Patkoló, chairman of the Slovak Roma Initiative (RIS) political party, for The Slovak Spectator. "The laws should definitely be stricter in punishing such attackers."

Patkoló said the attack differed from the recent alleged attacks against ethnic Hungarians in Slovakia that attracted such international attention and chilled relations with Hungary.

"It has never mattered who was in government when it came to the Roma," Patkoló said. "Attacks against the Roma happened in the past as well, even when the SNS was not in parliament, let alone the government."

The cabinet's plenipotentiary for Roma communities, Klára Orgovánová, said that the attack "confirms the existence of racism and prejudice against the Roma".

But although racism may always have existed in Slovakia in connection with the Roma, political scientist Grigorij Mesežnikov of the Institute for Public Affairs think-tank believes that such attacks have become an even more sensitive issue given the composition of the current government.

"Although I would not directly connect this particular attack with the SNS and its presence in the government, it is very likely that when anything of this sort happens in Slovakia, it will be perceived in the context of the SNS being a part of this coalition government," Mesežnikov said.

"Observers believe that there is now a more favourable environment in Slovakia for extremist anti-Hungarian and anti-Roma activities."