State mortgage subsidies back in vogue

THE FICO government is considering reviving the idea of subsidising mortgage interest rates so that young people and families will also be able to afford to buy accommodation. 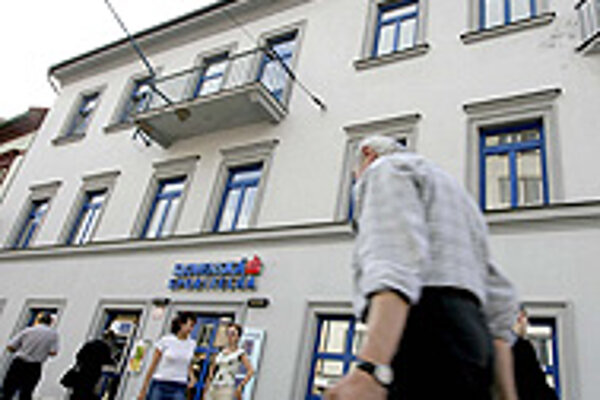 Font size:A-|A+  Comments disabled
THE FICO government is considering reviving the idea of subsidising mortgage interest rates so that young people and families will also be able to afford to buy accommodation.

Slovak citizens became familiar with mortgage interest rate subsidies under the previous two governments. The first cabinet of former Prime Minister Mikuláš Dzurinda decided to subsidise mortgage interest rates in 1999 when the mortgage market was in its infancy and interest rates were high. After several years, rates dropped to an acceptable level thanks to the improving business environment, and the Dzurinda cabinet cancelled the state subsidy.

But after a left-wing government took over from Dzurinda in July 2006, new Finance Minister Ján Počiatek proposed reintroducing mortgage rate subsidies to make home loans available to clients who have lower incomes and who are thus less attractive for banks.

However, the ministry wants banks to participate in the cabinet's social programme, proposing that the state subsidise interest rates only if banks themselves reduce rates for this group of clients. Some insiders question what banks stand to gain in offering such a product.

According to the proposal, the state subsidy would reduce mortgage interest rates by 1 to 1.5 percentage points, and would match the amount by which the bank reduced its interest rates for this type of mortgage.

Ladislav Unčovský, head of the Association of Banks, recently told the Sme daily that, for some banks, reducing the margin on mortgage loans by 1.5 percent "could turn this product [mortgages] into a loss-maker".

Mirka Mitková, an analyst with the independent mortgage broker Hypocentrum, told The Slovak Spectator that it was too early to assess whether banks would be interested in providing loans under such conditions.

"Banks are currently evaluating the situation and will need to agree on a common procedure. Their decision will be influenced by several factors, and interest rate developments will be one of them. This is still only a proposal; the conditions are not yet definite, and that is why it is difficult to say what impact this change will have on the market."

The banks themselves are being very careful in their statements, and their predictions for how the subsidies could affect the mortgage market vary. They too are waiting for a definite version of the law.

"Interest rate subsidies might enable a certain group of clients to get mortgages under more favourable conditions, yet we do not expect that the introduction of subsidies will significantly affect the market," said Miriam Fuňová, spokeswoman for the Slovenská Sporiteľňa (SLSP) bank.

Asked by The Slovak Spectator whether SLSP was interested in providing this type of loan, she answered: "We expect that the subsidies will give us more room to provide loans to our clients."

Marta Krejcarová, spokeswoman for ČSOB bank, said: "This draft amendment to the Act on Banks has not even been submitted to cabinet. It's too early to envisage the interest that the banks might have to provide on loans with reduced interest rates, given that the amount of the state contribution is still not definite. It will depend on the possibilities of the state budget and on negotiations with the banks. However, we expect that the state subsidy for mortgage interest rates will affect demand for mortgages."

VÚB spokesman Michal Kopecký said: "We are currently investigating what opportunities the cabinet's proposals contain for the banks. We can make a final statement only after parliament approves the law."

According to the draft amendment, people under 35 and who earn up to 1.3 times the national average monthly salary, currently Sk24,000, will be entitled to ask for reduced interest rate mortgages. If a potential client has dependents, the maximum monthly income of the household may not exceed 2.6 times the average monthly salary, currently Sk48,000.

The state interest rate subsidy will be apply to mortgages of up to Sk1.5 million. It will be possible to use the mortgage only to purchase or reconstruct real estate, not to purchase land for development. The volume of the loan will not be allowed to exceed 70 percent of the value of the property used as collateral.

The Finance Ministry's proposal also asks the banks to allow clients to postpone paying back the principal until five years after getting the loan - during the first five years, clients would pay only the interest. In addition, they would be allowed to make extra principal payments without penalty.

SLSP Director Regina Ovesny-Straka, the chairman of the board of the Association of Banks, said in a recent interview for the Pravda daily that a majority of banks welcomed the cabinet's decision to support mortgages for young families.

However, the Association saw the idea of having the banks contribute to the mortgages as a problem, and proposed that one percentage point be set as the maximum contribution.

"If interest rates on the market jumped to around 12 percent then this support would be appropriate," Ovesny-Straka said.