Cultures come together in the name of art

ONCE A YEAR for two weeks, Bratislava becomes the music capital of the world as established masters and rising young talents alike descend upon the city for the Bratislava Music Festival. 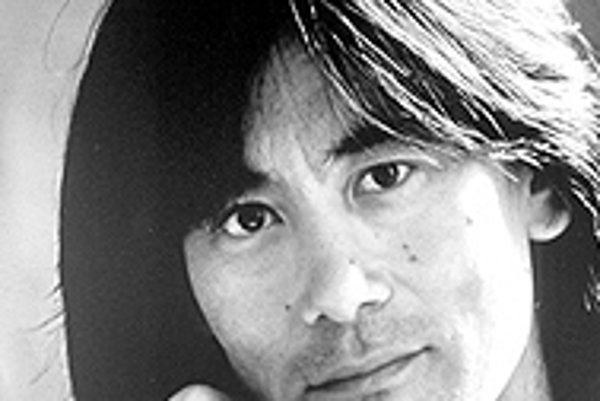 Font size:A-|A+  Comments disabled
ONCE A YEAR for two weeks, Bratislava becomes the music capital of the world as established masters and rising young talents alike descend upon the city for the Bratislava Music Festival.

Now in its 42nd year, the festival is set to take place at the Reduta building of the Slovak Philharmonic from September 22-October 6. The International Forum of Young Performers - New Talent competition, established in 1969 by the late Sir Yehudi Menuhin, will return with an especially extraordinary crop of young artists, and a succession of esteemed guest artists will stir emotions with works by some of Central Europe's greatest composers.

On September 23, the festival will be honored to host the remarkable Argentinian clarinetist Giora Feidman.

Mr. Feidman is beloved around the world for his mastery of klezmer, a Jewish style of mournfully joyous dance music, and tango, from his native Argentina. Mr. Feidman also contributed to the soundtrack of Steven

In concert with the Slovak Radio Symphony Orchestra and conductor Peter Breiner, Mr. Feidman will perform Slovak composer Alexander Moyzes's Symphony No. 7; Together, a work by Israeli poet, composer and painter Ora Bat Chaim; and one of his own compositions for solo clarinet, Prayer.

"By any standards, Feidman is a fine clarinetist. His instrument sobs, snickers, screams and sings with immense vitality, the dynamics ranging from whispered pianissimo to oceanic roar," The New York Times wrote.

"Feidman's message is one that is embraced by certainly all great musicians. To break down barriers and transcend borders, whether musical, cultural, or political. To embrace our "enemies" as fellow human beings, as friends. To realize that what we all have in common is much greater than what makes us different, and to celebrate the differences for enriching us," wrote Rainlore, a website that focuses on Jewish music.

The next evening, the festival will host American conductor Kent Nagano and the Bavarian State Orchestra, the reins of which Mr. Nagano recently assumed from the great conductor Zubin Mehta.

The pair will perform Mahler's Symphony No. 4 and Des Knaben Wunderhorn, a large-scale song cycle for voice and orchestra.

The song cycle will be sung by Michaela Kaune, a soprano from Hamburg, Germany celebrated for her versatility and clear tone.

"[Des Knaben Wunderhorn] has everything from a brooding military march with a distinctly anti-war message to childish, coquettish lightness, and chamber orchestra textures that seem to change completely from one song to the next," the BBC wrote.

The semifinals of the New Talent 2006 competition begin on September 29 with eight contestants from at least seven countries and continue until three remain. The final three will then perform Dvořák's Slavonic Dances with the Slovak Radio Orchestra, conducted by Rastislav Štúr, on October 2. The winner will be awarded the prestigious New Talent 2006 - SPP Foundation Prize.

The SPP Foundation Prize is given out in cooperation with the International Forum of Performers, which is organized by the European Broadcasting Union on behalf of the UNESCO International Music Council. Past winners include 21-year-old Slovak violinist Dalibor Karvay, who has since earned the Fidelio Competition Prize awarded by the Suzuki Foundation.

Throughout the festival, audiences will delight in the music of Shostakovich and Mozart, in honor of their birthdays; a range of contemporary Slovak composers, including Pavol Krška and Peter Zagar; a cycle of folk texts by Czech composer Bohuslav Martinů; and a selection of excellent Slovak solo instrumentalists and singers.

But the sounds of the festival will not be limited to the halls of the Slovak Philharmonic. The resonant voices and willowy dancers of the Slovak National Theatre Opera and Ballet will also participate in this exhibition of the beauty and power of the local arts scene.

The national theatre will present many of its most compelling productions, such as director/producer Jozef Bednárik's new staging of Puccini's ardent opera Turandot and the all-Slovak production of the ballet Don Juan. The national theatre will also host the National Theatre of Prague Ballet, which will perform Balletomania, a short contemporary work by Czech choreographer Jan Kodet.