THE CRYSTALLINE facade of the Andrej Bagar Theatre looms over Svätopluk Square in the heart of Nitra, and so does the influence of the annual event it houses, the Divadelná Nitra Festival. 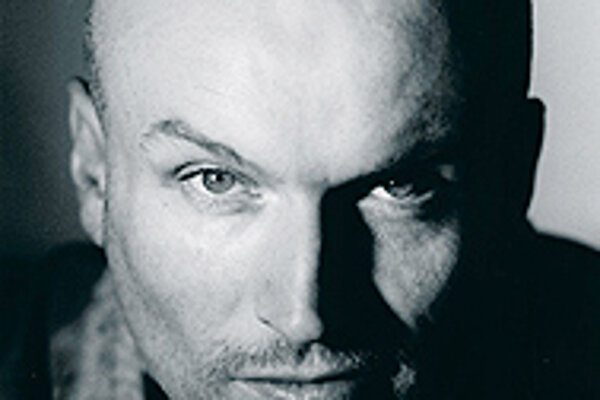 THE CRYSTALLINE facade of the Andrej Bagar Theatre looms over Svätopluk Square in the heart of Nitra, and so does the influence of the annual event it houses, the Divadelná Nitra Festival.

From September 22-27, the festival will celebrate its 15th anniversary with a programme that reflects its reputation for tackling social taboos and pushing boundaries.

According to Darina Kárová, the festival's director, this year's programme will enhance the festival's traditional structure with "original, inspiring, provocative theatre that can change the way people think and add new dimension to life."

Presented under the banner Forever Young, the festival will rattle audiences with 14 dramas, 5 films and a set of discussions that delve deep into the gritty facets of contemporary culture.

"Young writers such as [Mark] Ravenhill, [Sarah] Kane and [Patrick] Marber tend to be highly idealistic individuals who believe that theatre can change society, and that if you represent a horrific reality, audiences will be outraged enough to protest," commented Aleks Sierz, a teacher of postwar British drama and author of In-Yer-Face Theatre: British Drama Today. "They are fixated on sex, violence and drugs because most people are fascinated by extremes of behaviour and not by normalcy. They also use sex, violence and drugs as symbols of the extremes of human endurance."

One of the festival dramas to illustrate this is Platform, based on the novel by controversial French writer Michel Houellebecq.

Platform tells the story of Michel, a misanthropic bureaucrat on a trip to Thailand for sex tourism. There, he meets a business executive named Valerie, with whom, upon returning to Paris, he begins a torrid affair. The couple eventually starts their own sex tourism business, but while on one of their tours together, the resort is bombed by Islamic terrorists and Valerie is killed.

The performance will be directed by Johan Simons, the artistic director of the NTGent Theatre in Gent, Belgium. Simons has based three of his dramas on Houellebecq's novels.

"I have a love-hate relationship with Houellebecq's writing," Simons told The Slovak Spectator. "The outlook in Platform is horrifically cynical, but the love between the main characters is equally deep and genuine. It makes me think of the fact that I feel his novels describe how the world truly is, but can't think that because I have two children, who I don't want to grow up hearing me say the world is rotten."

"A lot of these writers are, in their hearts, idealists," Sierz said. "It is no surprise that they also produce images of romance and romantic love. It is part of our society's utopian dream that romantic love is possible, just as it is part of our common nightmare that our children will be attacked, raped, or become hopeless addicts."

To explore this further, the festival will hold a discussion with famed British playwright Mark Ravenhill.

Ravenhill's plays were instrumental in creating in-yer-face theatre, an explosive style that arose in the 1990s. His breakthrough, Shopping and F***ing, is a tirade against consumerism that portrays a group of friends using phone sex, drugs and doomed relationships to fill their emotional voids.

In the discussion, Ravenhill will meet with young people from the Slovak theatre world to discuss his work - how it's constructed and why it's important - and the future of Slovak contemporary theatre.

Ravenhill's newest play, Product, will also show at the festival. In it, Ravenhill himself plays a film director who persuades a young aspiring actress to act out a film project in which she falls in love with an Islamic terrorist.

Other discussions include a training seminar on theatre management and marketing, a workshop meant to revitalize theatre criticism in Slovakia and a discussion of Patrick Marber's plays, which include the intense smash hit Closer.

The festival's film section will contribute to the overall theme with Head-On (Gegen die Wand), a compelling masterpiece that won young Turkish-German writer/director Fatih Akin a Golden Bear at the 2004 Berlin Film Festival.

"There's a strange lyricism and despair in [this] taut, driving evocation of the love beneath dangerous passions," film critic Michael Wilmington wrote for The Chicago Tribune.

On the lighter side, the festival will also include late night disco, reggae and punk music parties. One of its most interesting features will be Breakfasts with ..., in which audiences can meet the writers of the festival's productions.

All festival events will be held in English or interpreted. For more information, visit www.nitrafest.sk.